Queensland has shut its border to New South Wales as the Sydney cluster continues to grow rapidly.

Border restrictions had previously only applied to people from Greater Sydney and specific NSW hotspots, but the Queensland government has now locked out the entire state.

Premier Annastacia Palaszczuk announced the decision on Thursday morning on Twitter, as she is currently in Tokyo sealing Brisbane hosting the 2032 Olympic Games.

The border closures will come into place from 1am on Friday morning.

NSW recorded a new high of 124 new cases of Covid-19 on Thursday, taking the state’s outbreak – which began with an air crew driver testing positive on June 16 – to 1,652 infections. 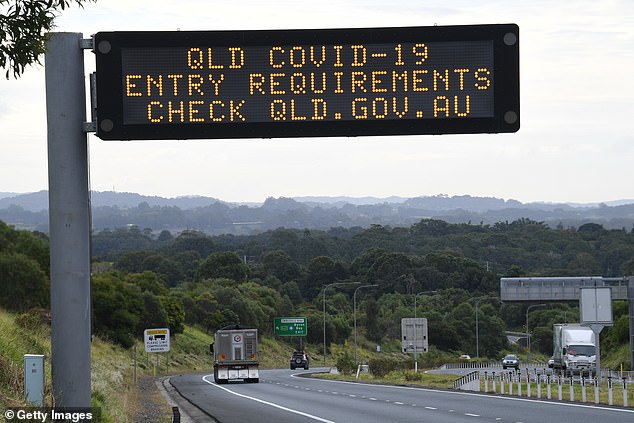 ‘In order to ease the restrictions as outlined we will close the border to the rest of New South Wales,’ Miles said

He also confirmed the state has given two million vaccines so far in its jab rollout.

‘In order to ease the restrictions as outlined we will close the border to the rest of New South Wales,’ Miles said.

‘That will mirror the arrangements currently in place with Victoria, South Australia, Western Australia and Tasmania.

‘There will be a border zone in place for people who live and need to travel within communities around the border. We will allow that travel for essential purposes.’ 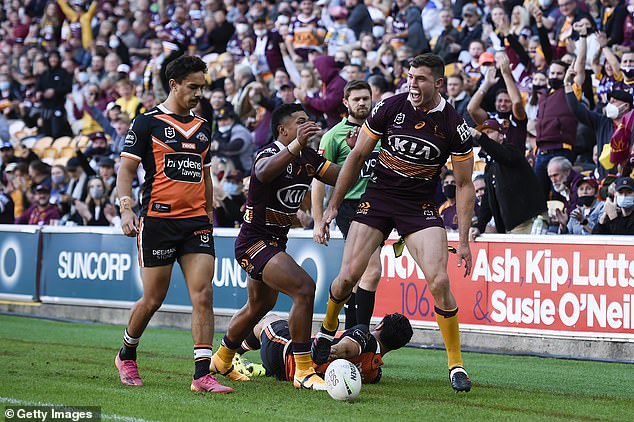 With the NRL moving its entire competition to the state stadiums with a capacity of above 20,000 will now be allowed to be 75 per cent full.

The border closures will see restrictions eased throughout Queensland, including gathers at homes rising from 30 people to 100.

Indoor premises will be able to have one person per two square metres, while there are no limits on outdoor gatherings.

With the NRL moving its entire competition to the state, with bubbles set up on the Gold Coast, Sunshine Coast and in Brisbane, stadiums with a capacity of above 20,000 will now be allowed to be 75 per cent full.

That news is huge for the competition eager to improve the financial burder with crowds.