A Queensland town has rallied together to save their neighbours from deportation after creating a petition for a young Tamil family to stay.

They were minutes from boarding a plane to Sri Lanka after a petition amassed enough signatures to pause their deportation.

With strong support from their hometown of Biloela in rural Queensland, the 5,500-strong community received 78,000 signatures asking the Home and Affairs Minister Peter Dutton for them to stay. 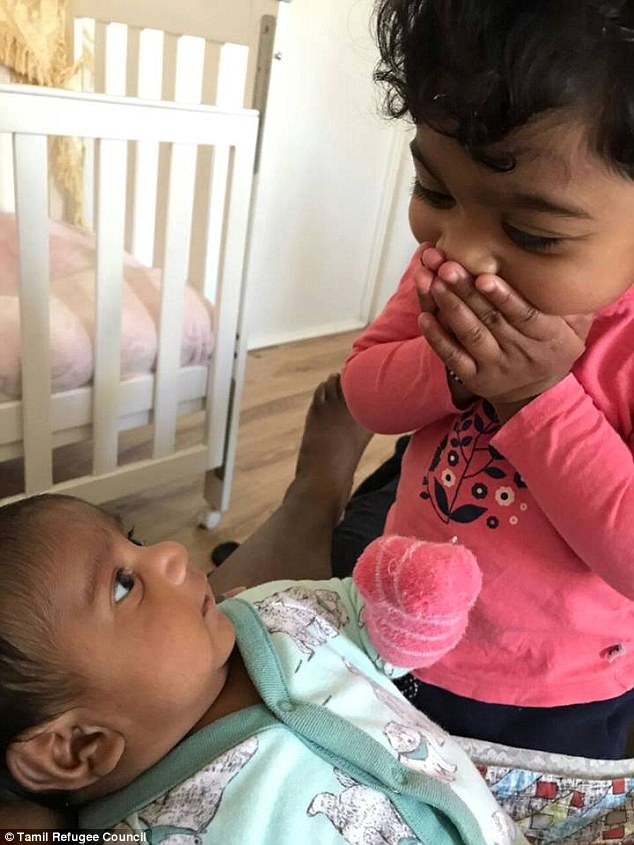 The petition, which is aiming for 150,000 signatures, was organised by their family friend Angela Fredericks.

She described the family as a ‘beautiful, gentle family (that) is now being held in a single room by three armed guards,’ in her petition.

The young family of four were raided by the Australian Border Force on March 5 at 5am.

Nadesalingam and Priya and their Australian-born daughters, Dharuniga and Kopiga were given ten minutes by armed officers to pack up their home and leave for a detention centre in Melbourne.

Dharuniga, two and nine-month-old Kopiga were allegedly ripped from their beds and separated from their parents.

The whole family were then put on a flight to Melbourne where they would be detained for one week. The family claimed they were told if they didn’t sign deportation papers they wouldn’t have any access to phone.

Two days later the family gave in, signed the papers and called their local doctor who spread the news to the town.

‘Our community is not ready to let this family go. They love living and contributing to our society,’ Ms Fredricks said.

A week passed and the family were flown to Perth and an injunction was applied.

The couple met in Australia when they arrived by boat to escape worn-torn Sri Lanka.

Nadesalingam’s application for asylum had been rejected by the authorities.

Priya had been granted bridging visas and although she was expecting another when police raided their home.

The family had never went back to Sri Lanka or held a citizenship.

The family are still in a detention centre in Perth pending a hearing in early May.