‘I am going to kill this kid soon’: The chilling texts allegedly sent by a father accused of murdering his five-month-old son because he wouldn’t stop crying

A Queensland father accused of murdering his five-month-old son allegedly threatened to kill the boy because he would not stop crying.

Kozan Samuel Thomas Ware, 34, was charged after Adrian Joshua Wommie Ware was found unresponsive in a Brisbane home in 2017.

An autopsy revealed the boy suffered bleeding around his brain, a torn vein near his brainstem, damage to an optical nerve and a wound to his scalp.

Ware was granted bail in the Brisbane Supreme Court on Thursday with strict conditions that he report to police every day and abide by an 8pm curfew.

He also has to wear an electronic tracking device and was ordered to not contact witnesses.

Kozan Samuel Thomas Ware (pictured), 34, allegedly threatened to kill his five-month-old son Joshua Wommie Ware via text before allegedly murdering him at their Brisbane home in 2017 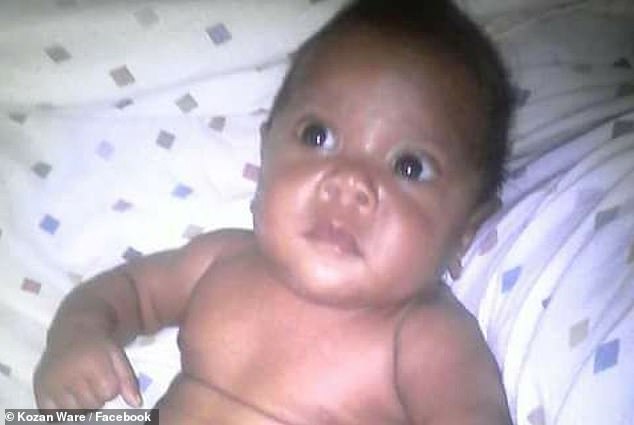 Adrian (pictured) was found unresponsive in a Brisbane home in 2017. An autopsy revealed the boy suffered bleeding around his brain, a torn vein near his brainstem, damage to an optical nerve and a wound to his scalp

Justice Peter Callaghan’s published reasons for releasing Ware also revealed the timeline of events leading up to Adrian’s death in the early hours of March 28.

Two days before the child died, Ware allegedly sent a series of desperate text messages threatening to harm his son.

‘This motherf***en boy will not stop crying. I am going to kill this kid soon,’ Ware allegedly wrote.

It was followed shortly after with another: ‘I got a f***ing baby that is not even mine here teething and (he) will not stop crying’.

Justice Callaghan said Adrian was again crying on the day he was allegedly killed. 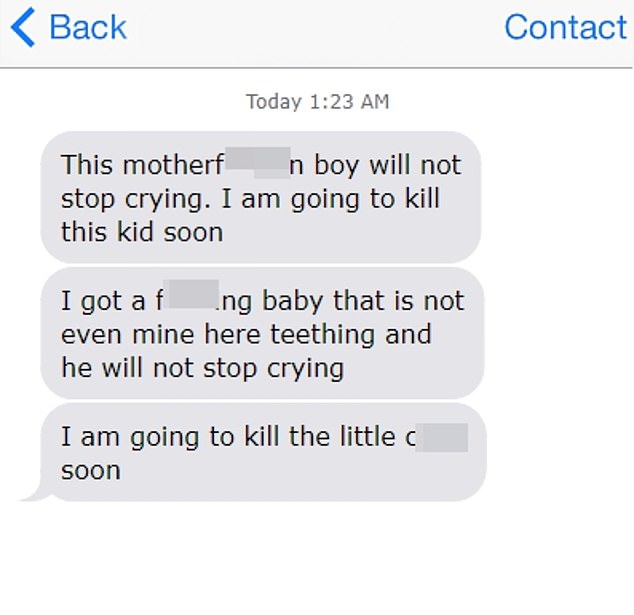 Threatening texts allegedly sent by Ware, 34, prior to his son’s death

In the hours before his death, Ware also allegedly sent more text messages.

It was allegedly followed by another at 2.44am saying: ‘Heeelllppp meeeeeee’.

The Crown alleges Adrian died some time between then and 8.49am – the time Ware called for an ambulance.

He allegedly reported finding Adrian with his eyes a little bit open, cold and without a heartbeat.

‘He also said that Adrian had blood and mucus coming from one of his nostrils and an injury above his lip,’ Justice Callaghan said. 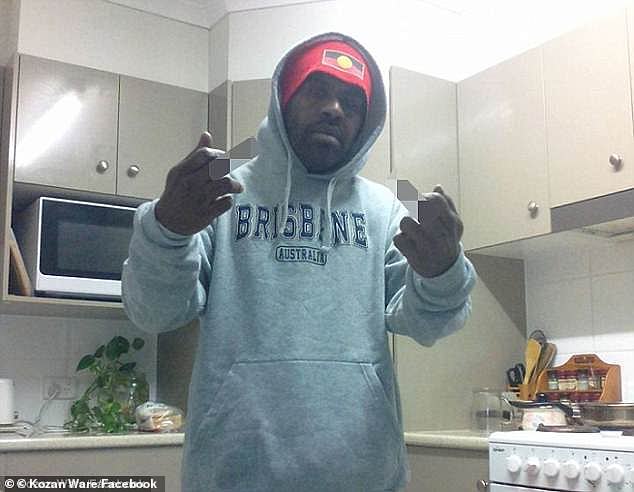 The Crown alleges Adrian died some time between then and 8.49am – the time Ware called for an ambulance

Paramedics found Adrian lying on the floor. Ware was allegedly nearby, on his hands and knees, on the phone receiving CPR instructions, which he allegedly did not understand.

But Ware’s lawyer, Deborah Holliday, says there was nothing in the post-mortem that determined why the child stopped breathing and sudden infant death syndrome could not be ruled out.

She said it was also possible Adrian’s injuries may have been from a fall off his bed.

Ware will reappear in the same court on August 28. 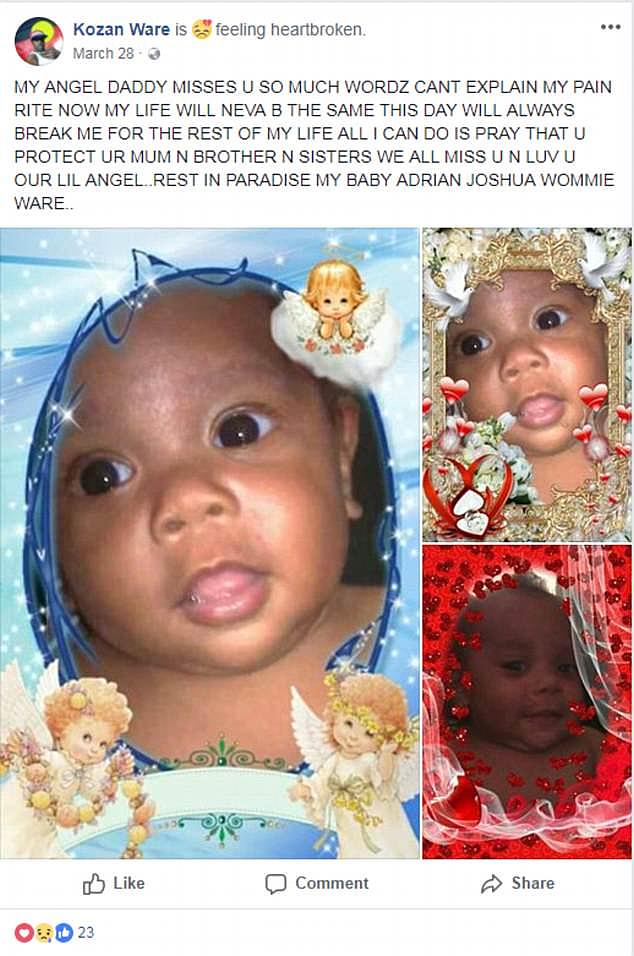