Queensland is making a bold bid to create one of the largest parks in the world with a multi-million dollar overhaul of a nature reserve on the Gold Coast.

Premier Annastacia Palaszczuk unveiled the ambitious blueprint to transform 140 hectares of land in Southport at The Spit into an ocean park.

It will be divided into seven precincts and include a superyacht marina, underwater sculpture garden, dive site and what’s being described as a ‘selfie tower ‘ to capture the city’s stunning skyline.

‘Our plans will make this not just a jewel of the Gold Coast but for the entire state,’ Premier Annastacia Palaszczuk (middle) announced on Sunday

‘And it has something none of them have – the Broadwater and the surf. Our plans will make this not just a jewel of the Gold Coast but for the entire state.’

The park’s tourism impact would be ‘huge’ she says and more than 1000 jobs created during construction.

‘We all know how important tourism is, this will be a world-class attraction for the whole world to come and see,’ Ms Palaszczuk said.

It also proposes improvements to the traffic flow at the intersection of Seaworld Drive and MacArthur Parade by creating a welcoming gateway to The Spit and  a vibrant village centre ‘that takes advantage of The Broadwater and ocean outlook.’

A flythrough video was also released by the state government of the plan, which has been 18 months in the making and has the green tick of approval from environmental groups who have been fighting for decades to preserve the area. 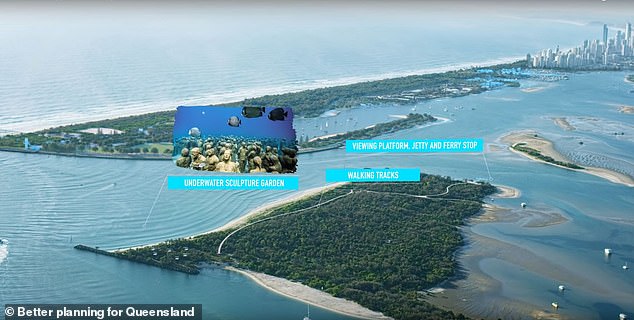 All of The Spit’s current features, including the kiosk, marine rescue and boat ramps, will be retained and improved.

Parts of the park are earmarked for commercial development but will be restricted to a three-storey limit.

The blueprint is being released for community consultation before a final plan is released in the coming months.

The park could take up to a decade to complete and the cost of the overhaul has not been revealed.

Ms Palaszczuk said the announcement was about drawing a line in the sand.

‘My parents used to take me to the Spit when I was a child. Such happy memories. Today I announced a blue print to preserve it for future generations but also improve everything we love about it,’ she later posted on Facebook.

‘This will rival the best parks in the world, including New York’s Central Park and Hyde Park in London’.

Local state MP Cameron Dick described the rejuvenation of The Spit as a once-in-a-lifetime opportunity that will be designed ‘by the community for the community.

Gold Coast mayor Tom Tate hopes the masterplan will be signed off by the middle of the year so the first stages can start. 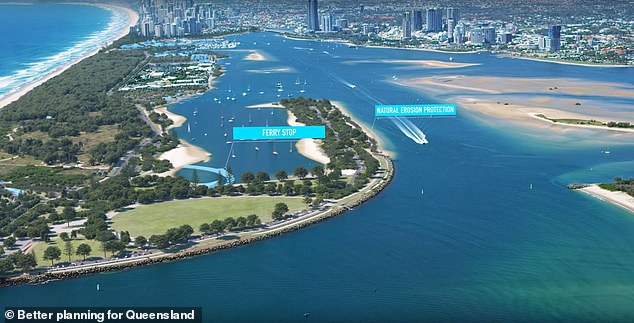 The Premier said the plans will rival the best parks in the world, including New York’s Central Park and Hyde Park in London

‘I’m pleased a comprehensive master plan for this strategic piece of land within our city is finally being delivered,’ Councillor Tate told the Gold Coast Bulletin.

‘Seeing a future light rail spur as part of the mix underscores what we have always known — that light rail is vital in our city’s broader transport spine. I t’s important the ferry transport route becomes a reality as that adds a further dimension to our transport network, providing a great experience for locals and visitors enjoying that area.’

Local environmental council Gecko cautiously welcomed the announcement but vowed to not support any plans for a cruise ship terminal. 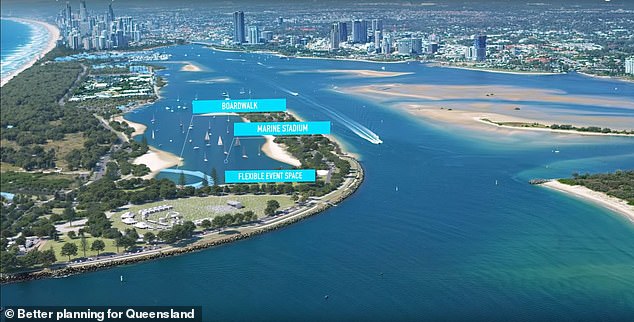 Not all locals welcomed the news.

‘There is nothing wrong with the Spit. It’s the last untouched part of the coast and the reason you likely recall it so fondly is for this exact reason,’ one man commented on the Premier’s Facebook page.

Residents, business owners and other stakeholders have until March 31 to give their feedback at https://haveyoursay.dsdmip.qld.gov.au/the-spit. 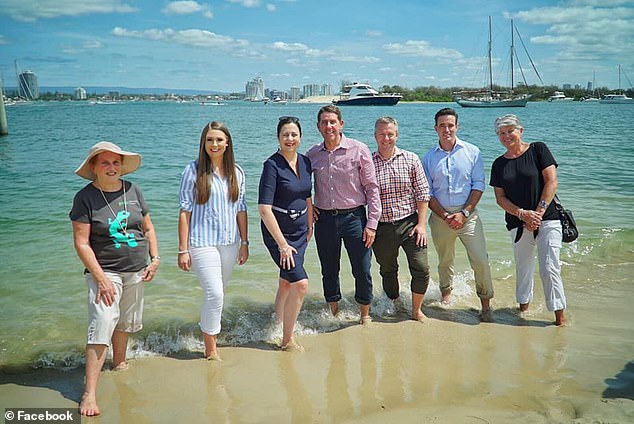