The government is heading for a shock election victory on the back of Queensland voters who bucked the polls and stampeded to the Coalition.

Early results have the Liberal National Party tipped to retain all its seats in the Sunshine State and gain at least two of Labor’s.

A shock swing of more than four per cent to the government has dashed Labor’s hopes of a victory. 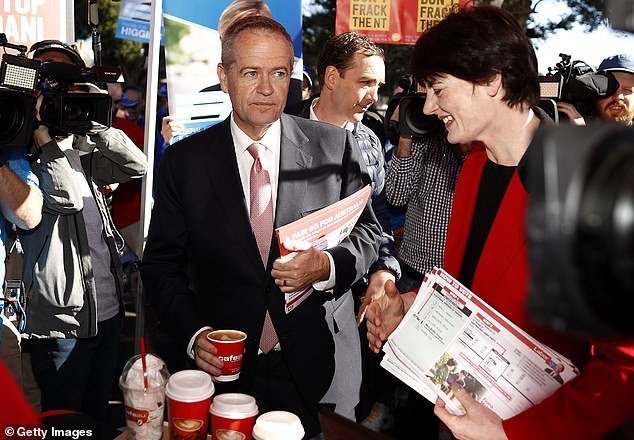 Just hours earlier, exit polls predicted Labor would be ahead 52-48, but the expected swing has not materialised and not been reflected in marginal seats.

The LNP is predicted to gain ALP seats of Herbert and Longman and could still pick up Blair and Lilley.

Even if Labor holds the latter two seats, it would be left with just six seats in the whole state where it expected to make significant gains.

Labor shadow foreign affairs minister Penny Wong admitted the results were ‘tough’ for the opposition and Queensland was always difficult for them.

Senator Wong admitted the controversial Adani coal mine, which Labor opposes but the Coalition supports, may have made the difference. 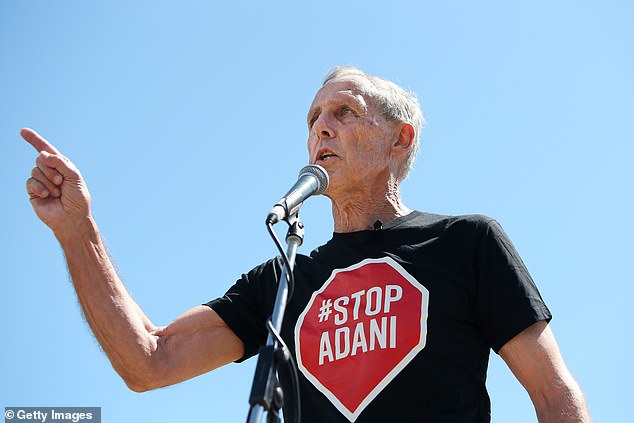 Liberal Senator Arthur Sinodinos said: ‘It became emblematic of “we want jobs” and the Bob Brown (pictured) caravan which went up there to talk about stopping Adani’ 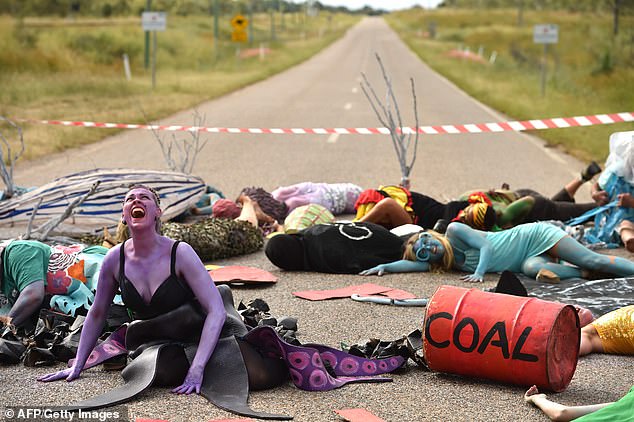 Senator Wong admitted the controversial Adani coal mine, which Labor opposes but the Coalition supports, may have made the difference

‘This particular project became a symbol of pro or anti-climate. The LNP wanted to message it being pro or anti jobs,’ she said on the ABC election panel.

‘That’s challenging as a Labor Party. As party of government, we have to manage the right policy and manage explaining that in Melbourne just as we do in Brisbane and the outer suburbs and it’s a challenge for us.’

Liberal Senator Arthur Sinodinos said some of the result could be explained by those opposing the Adani project being seen as anti-jobs.

‘Adani became about jobs. It became emblematic of “we want jobs” and the Bob Brown caravan which went up there to talk about stopping Adani, had locals thinking “hang on, you are not going to tell us how to live”,’ he said.

‘In the outer suburbs of Brisbane, I think Scott Morrison plays quite well and in part, they’ve picked up on the jobs message,’ he said. 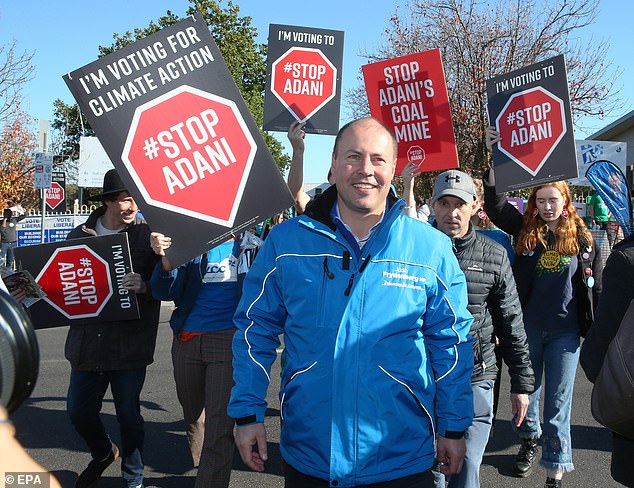 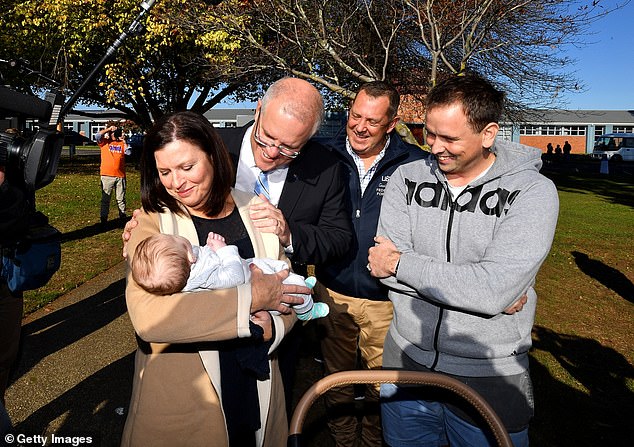 Prime Minister Scott Morrison and wife Jenny are seen with the Liberal candidate for Braddon, Gavin Pearce (rear second right) and a voter with a young child

‘I think Morrison plays quite well in a state like Queensland. I think he is seen as a relatively straightforward, suburban sort of person. What you see is what you get.

‘He speaks to them quite clearly and directly. He’s a very good communicator. His message has been straightforward.

‘It’s been around the economy and around jobs. I think that’s resonated with a lot of people.’

Labor will need to pick up many more seats in South and Western Australia than it had budgeted for, and hope early voting results will swing to them.

The Opposition, so far, only appears to have gained Chisholm in Melbourne’s south-east and Gilmore on the NSW South Coast.

‘The government’s on track to win more seats than Labor,’ Mr Green said.

‘Meanwhile, betting markets have turned with Sportsbet now putting the Coalition as election favourites at $1.65 to Labor’s $2.20.