Outraged parents have shamed Queensland schools for having ‘ridiculous’ uniform policies after several children received detentions for not wearing the correct shoes.

In Brisbane, Karen Bishop’s daughter was handed a detention for wearing a pair of black, leather Vans – reducing her to tears.

‘It’s ridiculous to give school children detention for a pair of shoes,’ the Brisbane mother told Yahoo7. 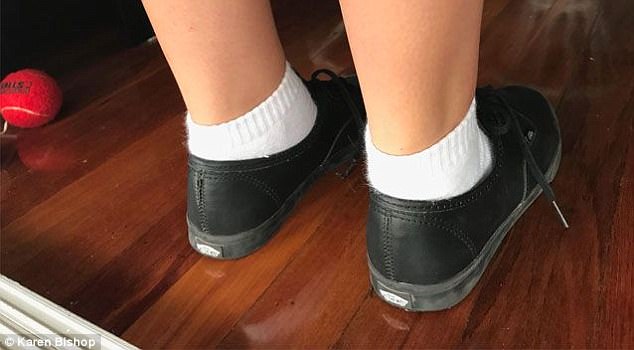 Her daughter was handed a detention for wearing a pair of black, leather Vans (pictured) – reducing her to tears

‘They’re black, they’re leather. It’s not as if they’re purple. They have no heel and are not a slip on, and they’re certainly in my eyes compliant.

The Gap State High School outlines in their uniform guide that students’ shoes mustn’t have a heel higher than 20 millimetres or lower than five millimetres.

Her daughter’s detention was lifted after Ms Bishop spoke to the school, who offered to buy her daughter a new pair of shoes.

Meanwhile, the grandmother of a Year 7 student at Upper Coomera State High claimed children were being ‘victimised’ for not wearing leather shoes at the school.

‘There was no warning, no contacting parents to collect their children or bring in what was required,’ Fiona Brock told the Gold Coast Bulletin. 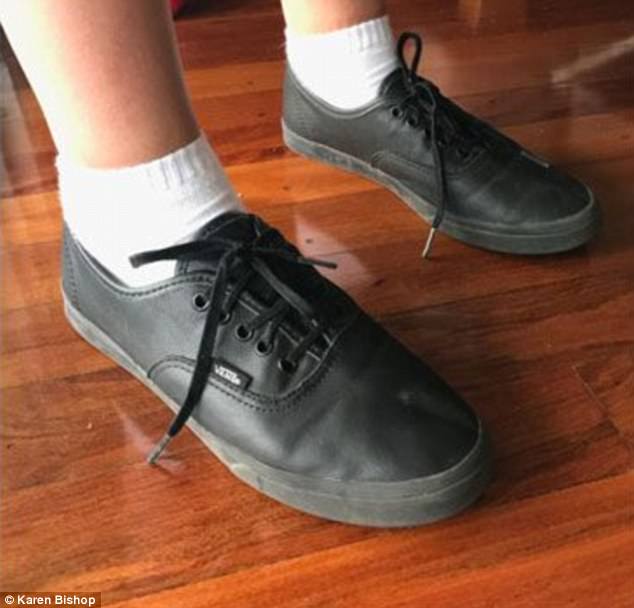 ‘It’s ridiculous to give school children detention for a pair of shoes,’ the Brisbane mother said 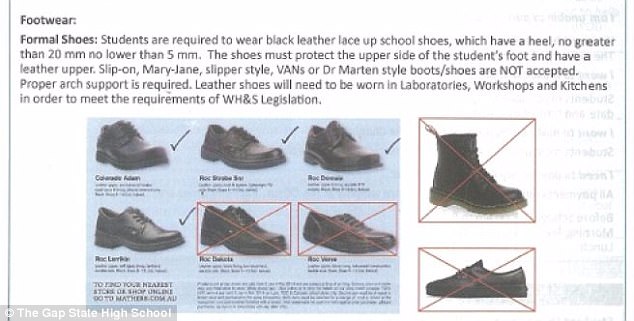 ‘I have worked in education for more than 20 years and they have victimised students, it’s out of line and authoritarian, and not procedural fairness.’

A mother of three students at the school added that children are ‘distraught’ and don’t want to return after being punished.

Tracy Kerker – whose son attends Helensvale State High – said her son was forced to borrow shoes another student had been wearing after his $140 plain black Nikes were deemed inappropriate. 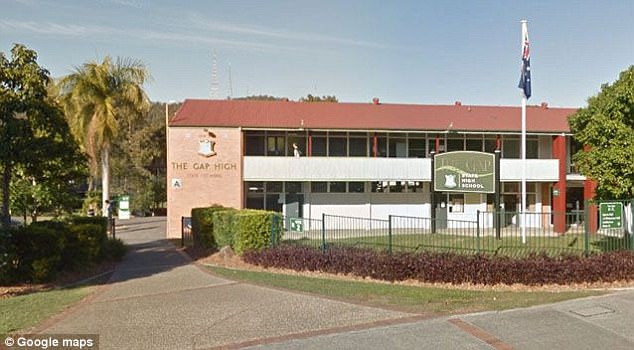 She claimed more than 70 pairs of leather shoes are owned by the school to loan to students, the Gold Coast Bulletin reported.

A Department of Education spokesperson said families at Upper Coomera received clear and direct communication about the uniform policy.

The spokesperson added: ‘Since 2014 the Helensvale State High School uniform policy has stated: “Plain black, lace up, leather with a protective substantial upper are to be worn with both formal and sports uniforms”.’

The spokesperson also said only a small number of students haven’t adhered to the policy this year, and those students were provided with support.