A doctor was thrown out of a medical conference after filming himself berating attendees for endorsing vaccine mandates to combat Covid-19.

Dr William Bay, who heads the anti-mandate group Queensland People’s Protest, live-streamed his extraordinary tirade at an Australian Medical Association conference in Sydney last month and it was posted online on Sunday.

Dr Bay stunned his colleagues by interrupting the meeting by haranguing Australia’s Chief Medical Officer Paul Kelly and accusing him of ‘lying’.

‘I am here today to ask you to join with the people of Australia and stop forcing these vaccines on people who are getting killed by them,’ Dr Bay shouts.

‘Professor Paul Kelly is liar and is gaslighting all of you.’

His claims are at odds with much of Australia and the world’s medical authorities who say Covid vaccines are the best protection against serious symptoms of the virus.

Footage shows many attendees at the conference got up from their seats and began leaving as Dr Bay began shouting even louder.

‘All GPs, all doctors of Australia you are on notice by the people of Queensland,’ he yells.

‘This is the Queensland People’s Protest and you have been warned.’

As he is escorted outside, Dr Bay begins chanting.

‘One shot, two shots, three shots four, how many shots until you hit the floor?’ he shouts.

At a protest later that day, Dr Bay is filmed theatrically throwing his medical licence away.

The board said Dr Bay’s public ‘mistrust of vaccinations’ had the potential to ‘undermine public health directives and positions’. 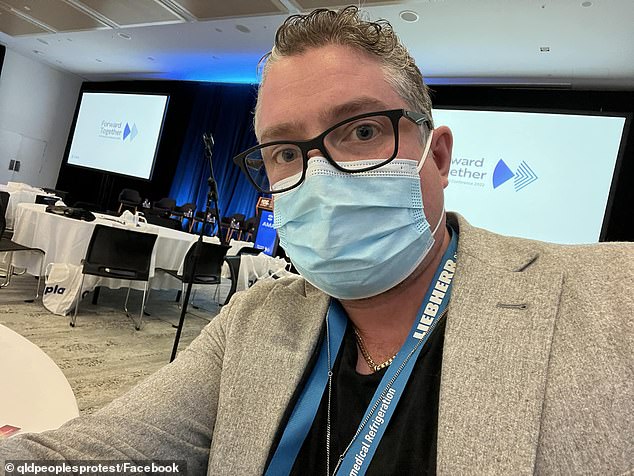 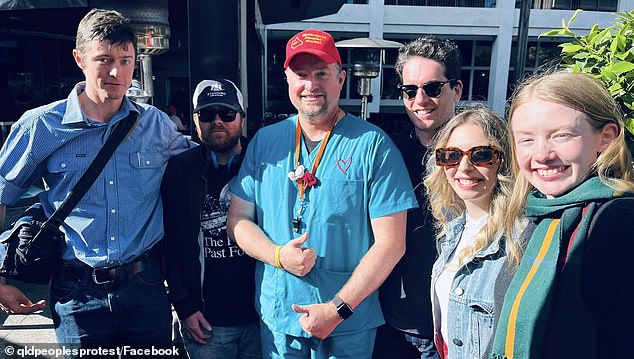 Dr Bay claims are at odds with the global scientific consensus that Covid vaccines are the safest way to protect against the deadly virus which has killed 6.4 million people

The notice states Dr Bay ‘may have behaved in a manner that demonstrates a general absence of qualities essential for a medical practitioner’.

‘(These include) the ethical exercise of judgment and integrity and respect for public health directives.’

In subsequent social media posts Dr Bay, who is second year GP registrar, accused AHPRA of trying to silence him.

‘What is on trial here is my ability to think and speak so that that has got to be stopped, that imposition on human rights,’ he said.

‘It is the ability of doctors to treat their patients as they see fit.’ 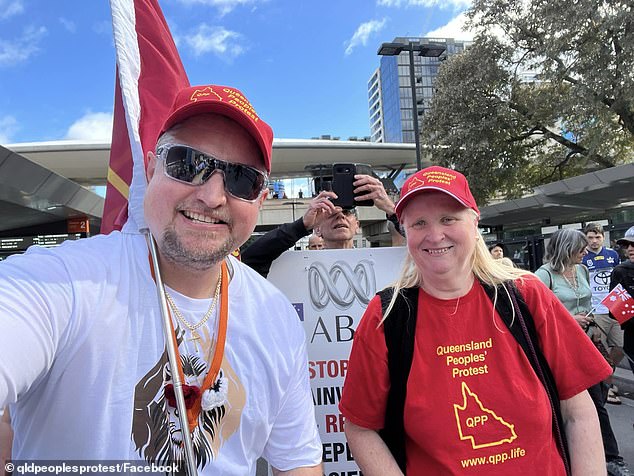 Dr Bay In his podcast claimed some of his patients had complained of chest pains and an inability to walk which he attributed as a ‘side effect’ to the vaccines.

He claimed another had been ‘ejaculating blood’.

AHPRA in a statement said they could not comment on ongoing matters related to any complaints about Dr Bay’s patients.

‘The Medical Boards’ expectations of doctors about vaccination and public health predate the COVID-19 pandemic. Our code of conduct sets out the professional standards we expect,’ the AHPRA spokeswoman told news.com.au.

‘When providing information or advice, we expect practitioners to exercise their professional judgment and ensure their advice is evidence-based and in line with the latest health advice.’ 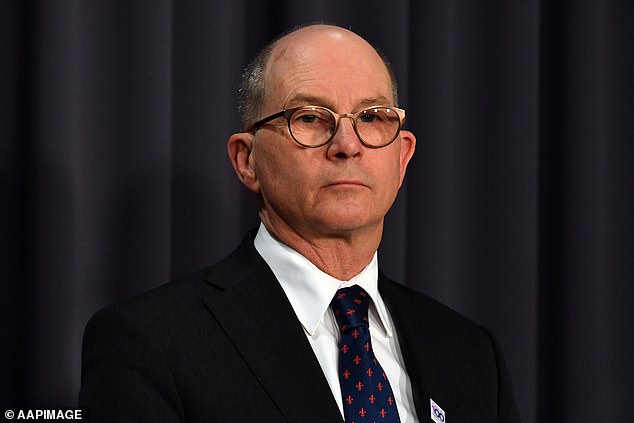 Dr Bay has started a petition urging supporters to ‘save’ his medical registration and has urged supporters to protest outside his tribunal hearing on August 16, which he asked to be delayed as he not heard from his defence lawyers yet.

While Dr Bay expressed some regret over his outburst at the medical conference he said it needed to be done.

‘It was an opportunity to get the message out there that my patients are demanding I get to other doctors around Australia,’ he said.

‘I am sorry it went out a little less professionally then I hope for but it was a message that needed to be broadcast to the doctors of Australia.’