A seventh new case of Covid-19 has been confirmed in Queensland after a person was infectious in the community for two days before testing positive on Friday.

‘Contact tracing and investigation is underway,’ a department statement said.

The new exposures sites include an Ampol service station and six shops at the Capalaba Park Shopping Centre on Tuesday.

However, the only close contact exposure site listed is the Siam Thai Restaurant on Monday night.

The case comes with authorities trying to find the missing link that spread the virus to a Gold Coast man, who tested positive on Wednesday.

Deputy Chief Health Officer Peter Aitken said the man was genomically linked to NSW clusters but had not travelled interstate.

‘So we don’t know how he’s got COVID at this stage,’ he told reporters.

‘What it does mean is that we need everyone at Gold Coast to come forward and get tested, more important to get vaccinated.’

Health Minister Yvette D’Ath urged people to get tested as the person who passed on COVID-19 to the man could still be infectious in the community.

Meanwhile, the minister said Queensland was not planning to change travel rules for South Australia after 18 new local cases emerged there on Thursday.

‘We’re not making any changes at this point but we are watching it very, very closely,’ Ms D’Ath said.

Meanwhile, businesses are urging the state government to unveil more details about its vaccine mandate for venues, which comes into force in two weeks.

Unvaccinated people will be barred from all venues in Queensland from December 17. 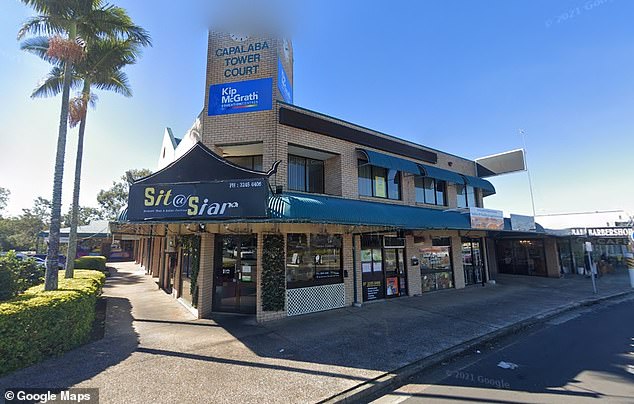 People who have not had two doses of a vaccine by then will not be allowed to work in or enter restaurants, cafes, bars, pubs, theatres, cinemas or sports stadiums.

The government has not released formal health directions on the mandate, with Ms D’Ath saying that will happen around December 10.

Businesses want to know how the mandate will be policed, how venues listed as exposure sites will be dealt with and the rights of business owners, staff and patrons under the restrictions.

National Retailers Association chief executive Dominic Lamb says Queensland retailers will comply but should not be expected to enforce the mandate.

‘Store owners are not the police,’ she said.

The Chamber of Commerce and Industry Queensland said the government should also reveal the next vaccine milestones for restrictions on businesses to alter.

CCIQ general manager Amanda Rohan said businesses only knew which restrictions would change on December 17, and nothing about what will happen beyond that date and into 2022.

‘Businesses are desperate for details as to what happens after then,’ Ms Rohan said.

‘New vaccine in the workplace rules disproportionately impact small businesses so they need to know what’s next so they can confidently plan for the long-term recovery.’

Some 87.03 per cent of Queenslanders have had one dose of a COVID-19 vaccine and 77.70 per cent are fully vaccinated.