The state will propose the option to National Cabinet after coronavirus spread through a quarantine hotel, possibly through the air-conditioning, infecting a cleaner and another couple in quarantine.

Brisbane’s Grand Chancellor Hotel was evacuated on Wednesday night as officials scrambled to work out how UK super-strain of coronavirus leaked.

A total of 129 travellers, some of whom were just an hour from being released, have been forced to restart their two-week quarantine in new hotels.

On Thursday Queensland recorded four more cases of coronavirus, all in hotel quarantine but not linked to the Grand Chancellor Hotel. 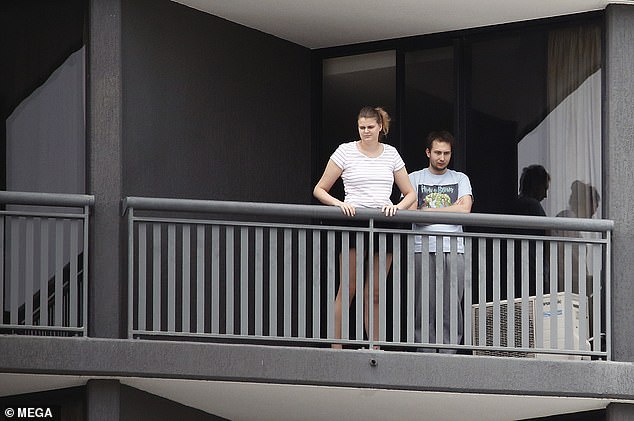 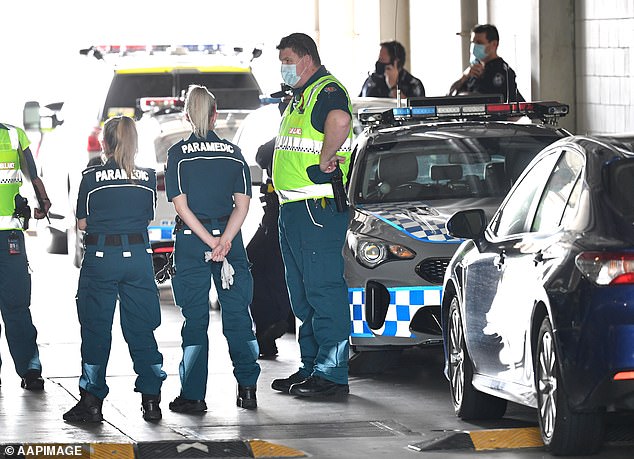 Around 600 people have been forced into quarantine due to the Hotel Grand Chancellor cluster. Pictured are paramedics at the Brisbane hotel on Wednesday

Some 226 employees who have worked at the hotel since December 30 must also be quarantined and tested.

An additional 250 guests who have left quarantine since December 30 and remain in Queensland are being contacted as they must undergo another 14 days of hotel quarantine.

Premier Palaszczuk said her government’s moves have been backed by Health Minster Greg Hunt and the AHPPC. 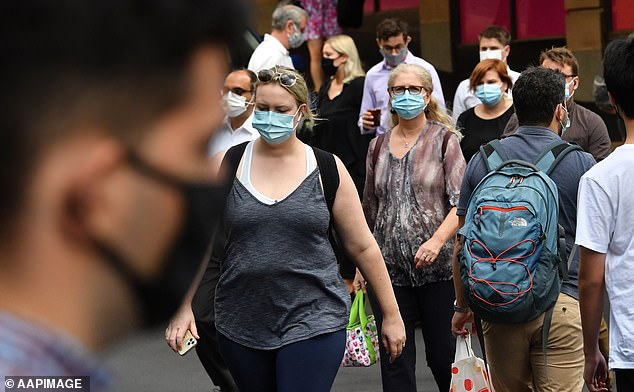 Queensland health authorities are concerned about the growing cluster as life slowly returns to normal in Brisbane after a three day lockdown. Pictured are Brisbane residents returning to their normal lives in the city’s CBD on Tuesday

• A man in his 40s who arrived from Lebanon on January 1. 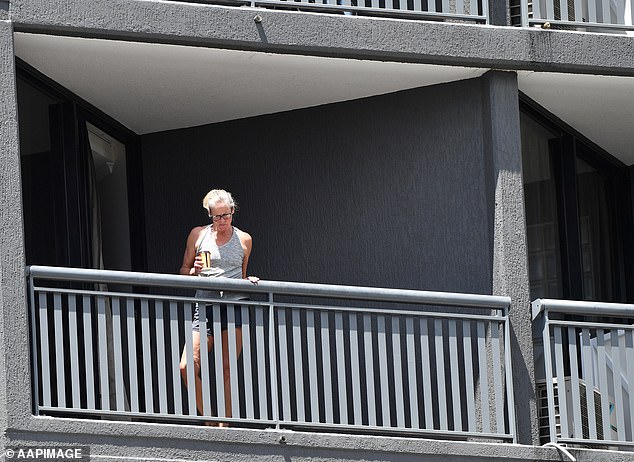 Six cases of the highly-contagious UK virus strain  have been detected at the Hotel Grand Chancellor in Brisbane. Pictured is a quarantined guest at hotel on Wednesday