Queensland is prepared to ‘slam the border shut’ and ban all New South Wales residents as COVID-19 clusters in Sydney continue to grow.

The Queensland government drew criticism when it closed the state’s borders to all travellers between March and July, but Premier Annastacia Palaszczuk says she’s ready and willing to do it again.

The warning comes as more NSW residents will be blocked from entering Queensland from Monday, as the Fairfield area in Sydney is declared a hotspot. 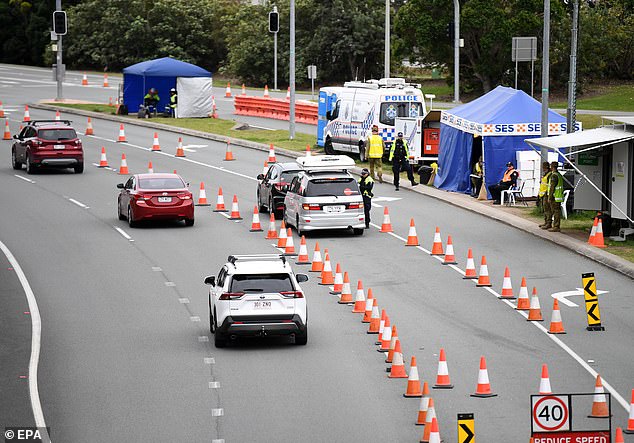 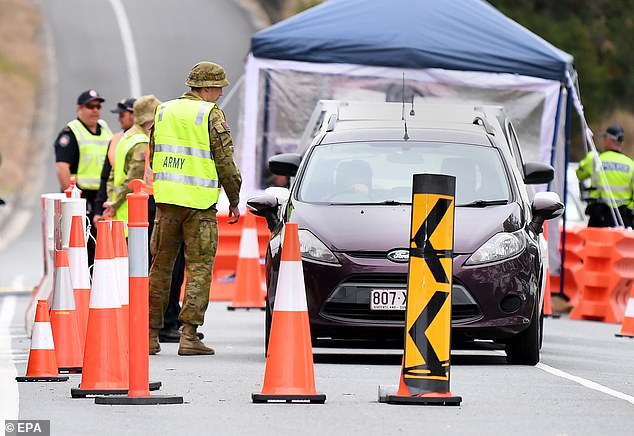 Defence personnel at a checkpoint on the Queensland-New South Wales border in Coolangatta, Queensland, last week

Ms Palaszczuk says any decisions on further hotspots or border closures will be made on the advice of Chief Health Officer Dr Jeannette Young.

‘The premier is creating this chaos … at five minutes to midnight the premier is changing the rules and businesses can’t keep up,’ Ms Frecklington said.

‘The businesses are telling me they need lead time. The premier needs to give business more notice in terms of regulations.’

Her call for more consideration for businesses comes as Queensland maintains its tight hold over coronavirus with no new positive tests reported on Monday and just five active cases across the state.

Treasurer Cameron Dick said ‘complacency is the enemy’ and the way to stay on top of the pandemic was to remain vigilant.

‘The virus is so unpredictable. It’s only reason for existence is to find another host to infect another person. We just need to monitor it so carefully to ensure when we need to take action we will,’ he told reporters on Sunday.

Premier Daniel Andrews on Monday said five of those six deaths are connected to outbreaks in aged care.

The deaths take the state toll to 77 and the national figure to 162.

NSW recorded 14 new cases on Sunday including six associated with the Thai Rock Wetherill Park cluster with two of these also linked to Our Lady of Lebanon Church.

Four cases were associated with a cluster tied to a funeral service at St Brendan’s Catholic Church, Bankstown on July 18. 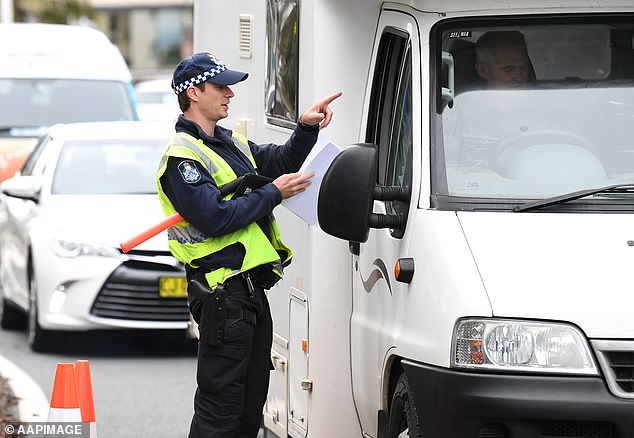 Liverpool and Campbelltown in NSW are also declared hotspots, as is the entire state of Victoria, and are banned from entering Queensland 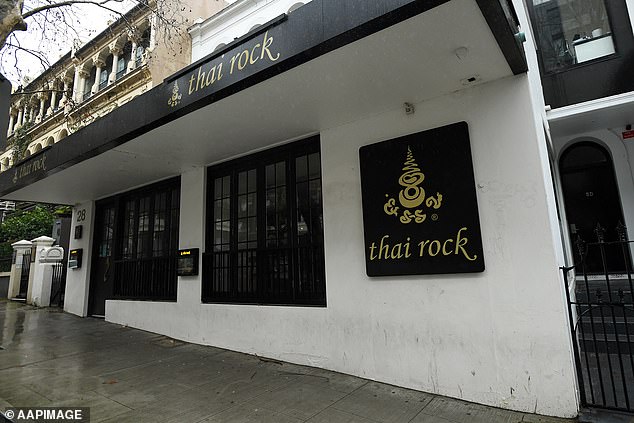 Georges River Grammar School in Georges Hall was also temporarily closed for cleaning after a child who attended the school tested positive. The child is linked with the funeral service cluster in southwestern Sydney.

NSW Health later on Sunday urged anyone who attended the Thai Rock restaurant in Potts Point for more than two hours between July 15 and July 25 to get tested and self-isolate for 14 days since they were last there, regardless of symptoms.

Residents across the state have been urged to avoid all non-essential travel and gatherings with NSW Health particularly worried about transmission in hotels, restaurants, gyms and social gatherings.

People should also consider wearing a mask in situations where they are unable to practise social distancing.