Jonathan Van Ness is opening up about the day he found out he was diagnosed as HIV-positive.

In an interview with NBC’s TODAY on Tuesday, the Queer Eye star discussed the devastating news, which he also writes about his new memoir, Over the Top.

Van Ness told co-host Hoda Totb that he was styling a client’s hair one day, seven years ago when he was a hairdresser in St Louis, Missouri, when he fainted.

‘I was trying to, you know, push through. I had, like, not been feeling amazing, and so I was doing a very good client’s hair,’ the 32-year-old said.

He said he went to Planned Parenthood the next day and he tested positive for human immunodeficiency virus, or HIV.

Jonathan Van Ness, 32, revealed about the day he was said that one day, seven years ago, he was styling a client’s hair in St Louis, Missouri, when he fainted 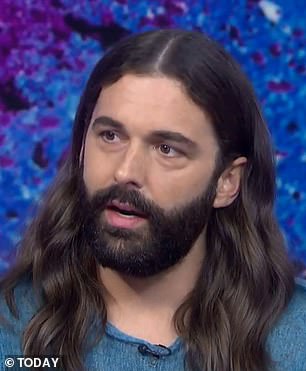 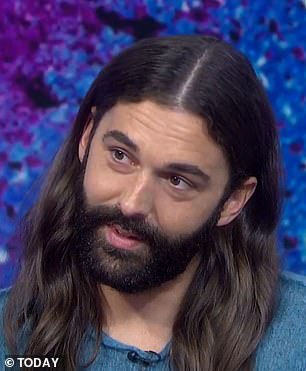 Van Ness was styling a client’s hair in St Louis, Missouri, seven years ago when he fainted. He went to Planned Parenthood the next day and was diagnosed as HIV-positive. Pictured, left and right: Van Ness on TODAY

Van Ness, a native of Quincy, Illinois, said the news was crushing to hear.

‘I just remember, this – it was the moment you dread hearing. I’d been very fearful of [this] as a small child,’ he said.

He further details the struggle to accept the diagnosis in his memoir, where he admits that he no longer felt ‘desirable’.

‘When I got HIV, I felt that I wasn’t allowed to be seen as sexy or desirable,’ Van Ness wrote.

‘I had to work so much harder to fall in love with and accept where I’d come to in my life, and forgive myself for all the decisions I’d made to get there.’

In the US, more than 1.1 million people are infected with HIV, the virus that leads to the potentially deadly disease AIDS. Nearly 40,000 new infections were diagnosed last year.

Once a person contracts HIV, the virus sets about attacking and destroying immune cells that normally protect the body from infection.

In the last decade, doctors have gained a much improved understanding of how to control HIV.

The rate of deaths from the disease has plummeted since the peak of the AIDS epidemic in the early 1980s.

The Centers for Disease Control and Prevention (CDC) recommend everyone between the ages of 13 and 64 be tested for HIV at least once. 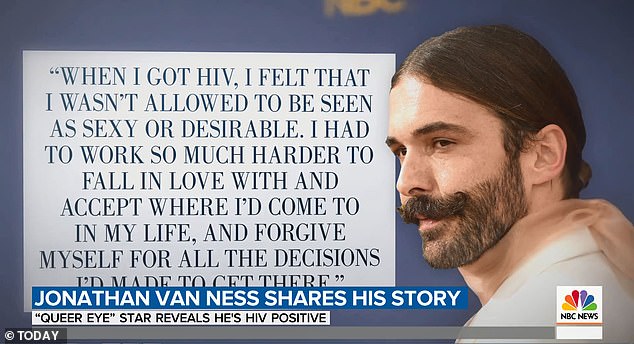 Van Ness says he struggled to accept his diagnosis and said he didn’t feel ‘desirable’ for a long time afterwards. Pictured: An excerpt of Van Ness’s memoir 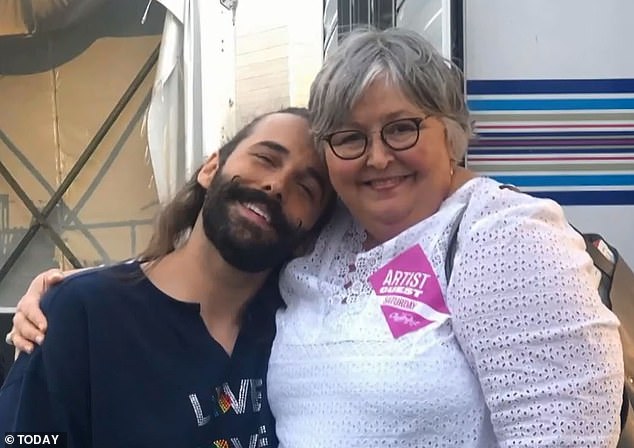 Those who are at higher risk, including men who have sex with men or those who have a sexual partner who is HIV positive, should be tested as often as once a year or more.

The infection has no cure but HIV is treatable.

Doctors recommend taking a combination or ‘cocktail’ of at least drugs known as antiretroviral therapy, or ART.

Within six months of taking the medication once a day, a person’s viral load will be virtually undetectable. Once it is undetectable, the virus is untransmittable.

Van Ness said he is currently taking a pill every day and sees his doctor every three months to monitor his health.

‘I’ve done nothing but get cuter and be able to worker harder and longer hours and I really just, I feel like I’m thriving,’ he said.

He added that his mother, Mary Winters, was very supportive following the reveal of his diagnosis and has continued to be.

‘My mom did accept me completely,’ Van Ness said. ‘My mom has given me space and love that nobody else could have given me.’