Some years it has been warm enough for the ladies of the choir to wear summer frocks on Easter morning.

But at How Caple village church in Herefordshire on Sunday we will have the heating cranked to full blast and the dress code will be coats, thermals and maybe even a discreet hip flask or two.

On high ground under nearby Marcle Ridge there are still snowdrifts in the ditches. How will that fit with the radiant Easter hymns and their Spring-like messages of rebirth and hope?

The colour of Eastertide is yellow — for chicks, daffodils, primroses and most of all sunbeams — but large parts of the British countryside are still in their shivery winter uniform of leafless blacks and browns. Easter this year, you see, is early.

Some people find it odd that the most important Christian festival of the year does not have a set date.

After all, Christmas is December 25 every year, and that may well have contributed to its popularity. 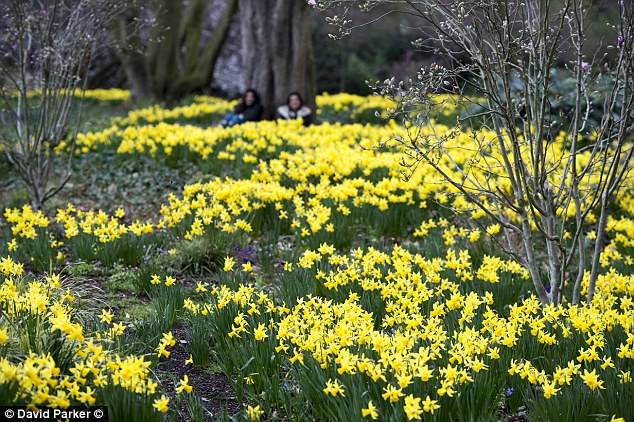 The colour of Eastertide is yellow — for chicks, daffodils, primroses and most of all sunbeams

Other major national events such as bank holidays, the Queen’s official birthday and Remembrance Sunday are pegged to easily predicted dates.

But Easter bounces about like a pinball, falling any time between March 22 and April 25. This year it is April 1; last year it was April 16, next year it will be April 21.

Would it help if I told you that, since the year 325 AD, Easter Day has been the Sunday following the first full moon — known as the ecclesiastical paschal full moon — that falls after the vernal equinox [the beginning of spring]?

It wouldn’t? I can’t say I am altogether surprised, but that is why there is disparity in the dates from year to year.

In recent days there have been calls for the Government to put an end to the uncertainty over Easter’s date. 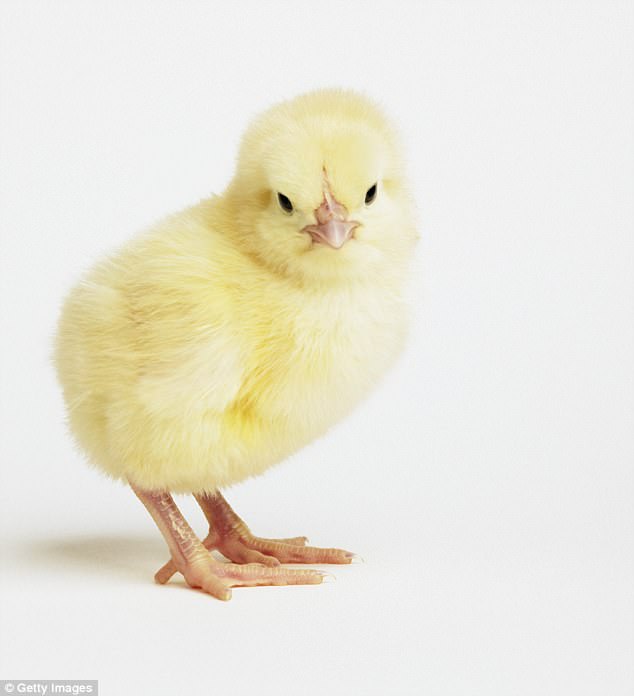 Would it help if I told you that, since the year 325 AD, Easter Day has been the Sunday following the first full moon?

The letters column of one newspaper has boiled with debate about bringing into force a 1928 Act of Parliament which tried to root Easter Day to a smaller date-range —between April 9 and April 15.

That Act has never been implemented because the different Christian churches could not agree on the measure.

Easter dates are not, however, decided by a committee of Church of England bishops sitting round a table at Lambeth Palace, peering at their diaries and asking each other ‘which Sunday in March/April is good for you, Derek?’

If only it were that simple.

Indeed, working out for yourself when future Easters will fall is not easy. You might have more success choosing a winning ticket in a tombola.

The introductory pages to the Book Of Common Prayer, the Church of England’s foremost liturgy, offer ‘A Table To Find Easter Day’. 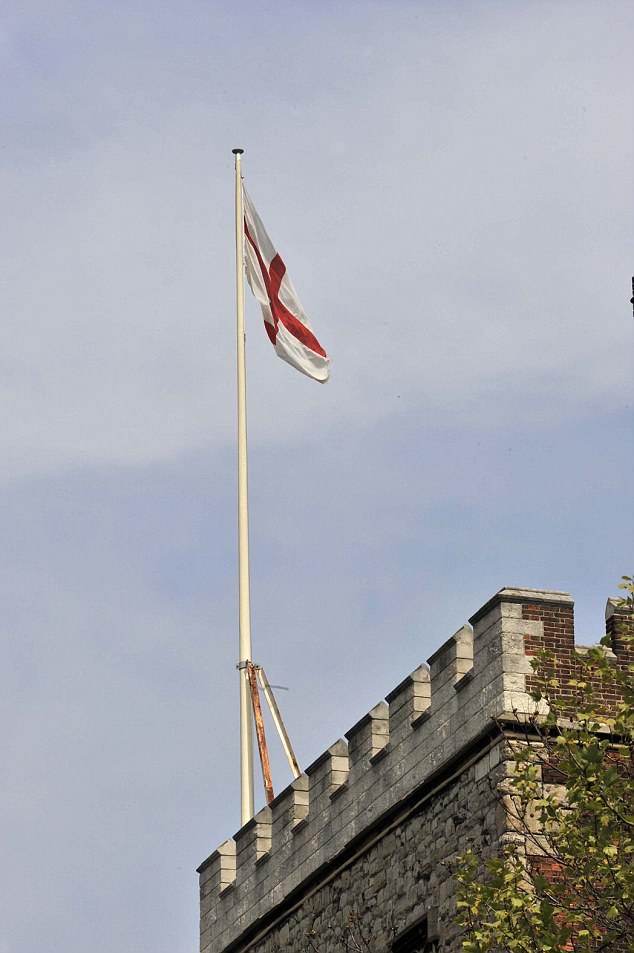 Easter dates are not, however, decided by a committee of Church of England bishops sitting round a table at Lambeth Palace, peering at their diaries and asking each other ‘which Sunday in March/April is good for you, Derek?’

Two snags: the instructions on how to use the table are completely baffling, with lots of stuff about Golden numbers and Dominical Letters which will leave you even more bamboozled than you were beforehand; and the copy of the Prayer Book in front of me as I write this happens to have been printed in the 19th century and only offers a table of Easter Days until the year 1899.

Such are the joys of Thomas Cranmer’s immutable Prayer Book. But it really isn’t much use helping me work out if I should be thinking of booking Easyjet flights for a holiday abroad some coming Easter.

The method of calculating Easter Day involves astronomy, ancient church history and an awareness of the rift that happened in international date-keeping when the old Roman system (the Julian calendar, first used by Julius Caesar in 46 BC) was replaced in 1582 by the more precise Gregorian calendar (named after Pope Gregory XIII). It is such a complicated business that it even has its own name — computus.

On the internet you can find tracts devoted to the subject, illustrated by graphs, lunar charts, projections of full moons and discussions of algebraic-spattered algorithms which are complicated enough to make a Nobel mathematician’s eyes throb.

All this over deciding which day we crack open our Easter eggs? Crikey.

Yet given the significance of the events we commemorate on Good Friday, Holy Saturday and Easter Day — the crucifixion of Christ, his burial and his Resurrection — perhaps it is understandable that experts have chewed long and hard over the matter since the earliest days of our faith. 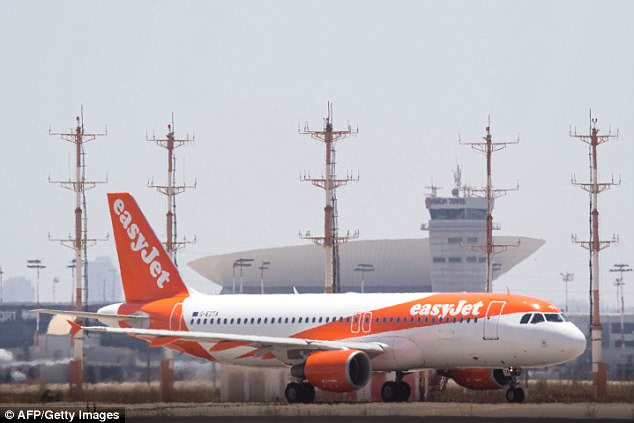 Such are the joys of Thomas Cranmer’s immutable Prayer Book. But it really isn’t much use helping me work out if I should be thinking of booking Easyjet flights

Let us go back to the 4th century. Bishops from around the Roman Empire were invited by the Emperor Constantine (a Christian) to Nicaea, in what nowadays is Turkey.

This all expenses-paid shindig was called the First Council of Nicaea and among the various items on its agenda was a debate on unifying the date of Easter.

Less than 300 years had passed since the crucifixion but the different branches of Christianity had gone their various ways in commemorating Holy Week.

Constantine believed that setting a shared date for Easter would be good for the Church as a whole — in modern terminology, he was all about ‘strengthening brand awareness and outreach’ — and that is what he achieved.

For over a millennium it worked — until the introduction of the Gregorian calendar in 1582 I mentioned earlier, which was taken up by only some parts of the international Christian community.

The Last Supper, the day before the trial and crucifixion of Jesus, coincided with the Jewish festival of Passover, which is itself set with reference to the lunar cycles.

In that room where he broke bread with his disciples, Jesus would have been doing his Jewish duty and celebrating the Passover feast which takes place in March or April. 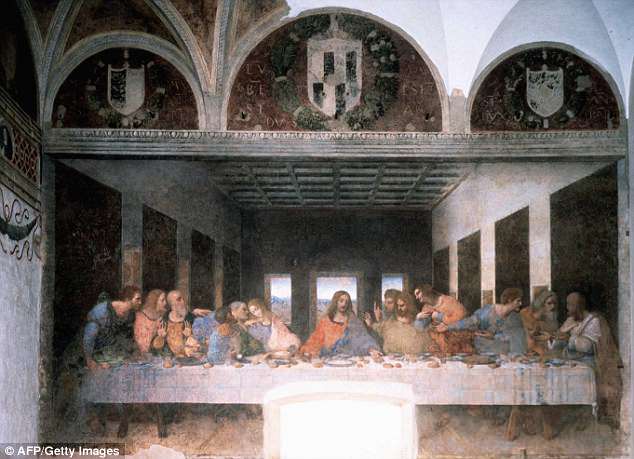 The Last Supper, the day before the trial and crucifixion of Jesus, coincided with the Jewish festival of Passover

There is a deep-anchored sense of resurrection at this time of year. In our garden the almond tree’s first pink buds have started to open. We have just cut the grass for the first time. Last weekend I heard my first bumble bee of the year.

Well, you may say, why not set Easter’s date to perhaps the second Sunday in April?

I can see that would be convenient for business, for officialdom and for the retail trade.

Maybe one reason Easter is celebrated with less prolonged commercial fervour than Christmas is that it does not have a recognised date carved out in retailers’ diaries. There is none of that prolonged sense of build-up before Easter which, in my opinion, is a relief and adds to the special character of this most moving and uplifting festival.

For Easter is about rather more than convenience.

One reason this festival affects me so deeply — more deeply with every year I move closer to my own death — is that it is a reminder of our faith’s earliest days, both on the morning in that Jerusalem graveyard after the lamentations of the crucifixion at Calvary and in the early centuries when Constantine was trying to create the international Church.

Easter’s date is linked to something undeniably extra-terrestrial — the spring equinox, when the sun crosses the celestial equator and day and night are of equal length — and that seems appropriate for something so far beyond our earthbound understanding.

And if it bounces round the calendar, well, maybe that is as it should be, for life and death are unpredictable.

For our family this year, Easter will have a special resonance because it will be our first since my sister Penny died aged 59.

This time last year she seemed perfectly happy and healthy. A few weeks later, she was dead from secondary cancer. We have tasted the most terrible bitterness but a time of glory awaits.