They gave actor Mathew Horne a standing ovation in Windsor on Wednesday and quite right, too.

Mr Horne is best known for his work in comedy. He was in TV’s The Catherine Tate Show and Gavin & Stacey, co-starring with James Corden.

Some people, hearing his name, might reckon they had his measure as one of those cheeky, but slightly shallow, figures who have a right-on wisecrack for every occasion.

Then came Wednesday night, when he took to the stage of Windsor’s Theatre Royal and played a man with severe autism. He did it superbly.

They gave actor Mathew Horne a standing ovation in Windsor on Wednesday and quite right, too

He was starring as Raymond in a touring production of Rain Man, which you may remember as a 1988 film starring Dustin Hoffman and Tom Cruise. Raymond, a savant, is so mentally disabled that he must live in a care home.

The thing about people on the autism spectrum is that their disability can be hard initially to spot. To project Raymond’s character, Mr Horne had to exaggerate his facial tics, body twitches and strange vocal mannerisms.

Had he not done so, the audience might not have understood the problems which are such a big (and wonderfully uplifting) part of Rain Man.

And so we saw the transformation of a comedy smart-aleck into this anguished, put-upon disabled man. I left thinking ‘that guy’s quite an actor’. Whatever ‘actor’ means in these troubling times.

Sadly, it is starting to look possible that in future no able-bodied person such as Mathew Horne could be cast as Raymond. He would not be ‘qualified’ by his life experience to be permitted to interpret the role. That’s what the new arts gauleiters would say.

I call them gauleiters because there is something menacingly autocratic about these vociferous agitators who pressure theatres and film producers into selecting minority actors.

Giving minorities a fair run of the green? That’s a just idea, you might at first think. Minority actors should have the same opportunities as anyone else, shouldn’t they? Well, yes, up to a reasonable point.

But what about artistic freedom? What about the liberty of a director to pick actors to suit a different end, or solely on their acting ability? And what about the right of actors to imagine themselves in the skins and souls of a rainbow multiplicity of characters? Is that not what ‘acting’ means?

Yesterday brought the latest in a series of invasive controversies about minority casting. It came in the light of wider political aggro about ‘cultural appropriation’, which, for instance, saw the ludicrous denunciation of TV chef Jamie Oliver for his jerk rice.

Only people of Jamaican descent may opine about that dish, claimed Labour MP Dawn Butler. Comrade Butler, something of a dimwit, was rightly mocked. But I bet it won’t stop her trying more of the same.

Illiberal ‘liberals’ whipped up a row about a young actor called Charlie Heaton being given the lead part in a BBC TV production of The Elephant Man — the story of Joseph Merrick, a severely disfigured man in 19th-century London.

The late John Hurt played the part in a film version, and he did it so well that it brought about a welcome reconsideration of attitudes towards people with disfigured faces.

But that was then and this is now. In this age of Twitter, in this mad, self-destructive age of grievance and alleged cultural appropriation, Mr Heaton’s acting ability and star profile after his role in the Netflix series Stranger Things is no longer good enough to justify his casting as Merrick.

The charity Scope, leading a baleful mob of outrage shriekers, attacked his selection on the grounds that he was not disfigured. How could they think of giving him the part?

A Scope spokesman — one could almost call him a Scopesman, but that would probably only set off another firestorm of fury — wagged a finger and said the casting of Mr Heaton was ‘a missed opportunity’. He added that ‘a massive pool of disabled talent has been overlooked’.

Theatres and film-makers ‘should be embracing and celebrating difference and diversity, not ignoring it’.

Anyone who claims the BBC — which now stands accused of ‘ableism’ — has ‘ignored diversity’ is either monumentally unobservant or a liar.

But there, in all its illiberal acidity, spoke the authentic voice of the 21st-century charity sector. Give our clientele its pound of flesh. Do as we demand. We know best.

But they do not know best, not when it comes to the power of dramatic art. Hurt’s depiction of Merrick was powerful because he was a great actor and he used his unique artistic ability to instil the performance with pathos and pride.

That is what qualified him for the role. Our understanding of the story and of Merrick’s under-appreciated humanity was further heightened by the fact that such a flamboyant star had submitted himself to such a visual transformation.

Which only serves to remind us how warped and illogical the politics of casting have become. Earlier this month, comedian and actor Jack Whitehall suffered a similar fate when he was cast in a new film as Disney’s first major gay character.

The news led some to ask why a gay actor wasn’t cast for the role, though Stephen Fry appeared to poke fun at the row when he wrote on Twitter: ‘I share your shame, Jack Whitehall — I played a straight man more than once. A father even. I should have been sent for training, correction and adjustment years ago.’ 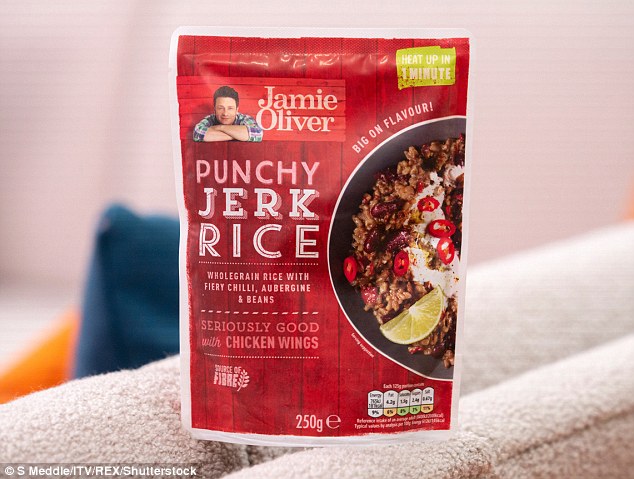 It came in the light of wider political aggro about ‘cultural appropriation’, which, for instance, saw the ludicrous denunciation of TV chef Jamie Oliver for his jerk rice

On the stage, meanwhile, the Royal Shakespeare Company and other state-subsidised theatres — under political pressure from the taxpayer-funded Arts Council — are rushing towards 50-50 gender balanced casts, even if it makes a nonsense of plays’ plots.

We thus have female military leaders in Elizabethan dramas. Audiences think it ridiculous, but who cares about audiences when much of your money comes from the State?

Directors and producers tell me in private they feel threatened. ‘We daren’t resist in case a charity comes out and attacks us,’ one West End producer told me.

This year, a Broadway star, Sierra Boggess, was forced to withdraw from a concert performance of West Side Story after complaints that she was not Hispanic, and should not sing the part of Maria, a Puerto Rican maid. The performance was to have been a BBC Prom, broadcast mainly on radio.

This was not, therefore, really an argument about skin colour, because it was not a visual medium. It was to do with ethnic identification.

It is not any sort of ‘fair’ correction of neglected minority performers. It is menacing. It is the opposite of liberal. It is discriminatory, racist, divisive and artistically constrictive.

It erects barriers, and where does its logic end? If only performers with the proper racial identity should play those characters, are we to deduce that only an Anglo-Welshman could in future play Henry V (who was earlier known as Henry of Monmouth)?

This week, I saw a fine black actor, Ashley Zhangazha, play Shakespeare’s Pericles at the Royal National Theatre. I don’t know Ashley’s genealogy, but the surname Zhangazha doesn’t sound terribly Greek to me. Pericles came from Athens. Was the National guilty of cultural appropriation?

Come, come, you may say, this is but a minor spat on the fringes of the arts and it has no bearing on real life. I disagree. This is a dictatorial, literalist assault on important freedom of expression, not to mention common sense.

If Elephant Man Merrick may only be depicted by an actor who is himself severely disfigured, it imperils the very concept of play-acting, of imaginative representation and of the fantastic British heritage — our ruddy heritage, damn it — of the dramatic stage.

The silence from the Culture Secretary, the Arts Council and leading producers on this illiberal bullying is a scandal.