They had been summoned by MPs to answer claims that they spread terrorism and hatred.

Above them, at ceiling level, a large piece of antique wallpaper had peeled away from the wall and sagged loose at a sorry angle.

The Palace of Westminster – symbol of our parliamentary politics – has crumbled in recent years.

Executives from Twitter, Facebook and Google (pictured) were hauled before the Home Affairs Select Committee today to explain how they were tackling the problem. Pictured from left are Google vice president Dr Nicklas Berild Lundblad, Twitter’s vice president for public policy and communications in Europe, the Middle East and Africa Sinead McSweeney, and Facebook’s director for public policy Simon Milner

The rise of alternative debating forums should not be altogether surprising. People with trenchant feelings take to the ether because they seldom hear their views represented at a politically-correct parliament.

The three were suited and smarmy. Internet executives are no longer sockless California dudes with laid-back, libertarian ideals.

These companies have become profit-chasing multinationals which plug into the lobbying world and employ all its deceits.

They purred fluently in corporate blether about how their ‘reporting streams’ and their ‘actioning’ were now better and how they would ‘take away’ criticisms and ‘work’ on some of the horrors described by the Home Affairs Committee. 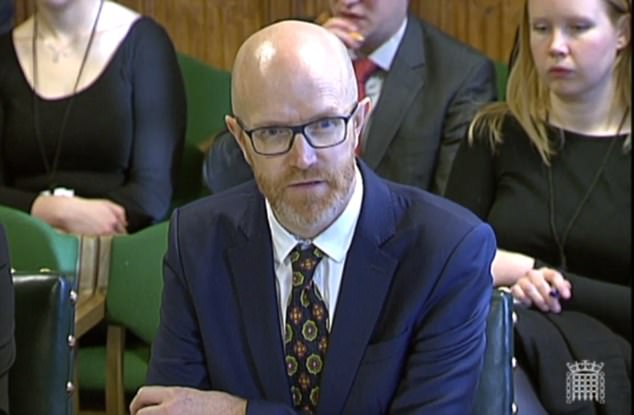 Their algorithms were casually suggesting racist and violent websites to innocent users, suggested the committee’s chairman, Yvette Cooper. ‘We’ll ask our experts to look into that,’ the MPs were assured.

How many of those experts might there be? Oooh, lots. A waft of the hands. A nod of resolute chins. But they could not give numbers or say what sort of money they were being paid.

Twitter was represented by ‘VP public policy and communications’ Sinead McSweeney, as windy as Porcupine Bank. In an earlier life she was an Irish government special adviser. 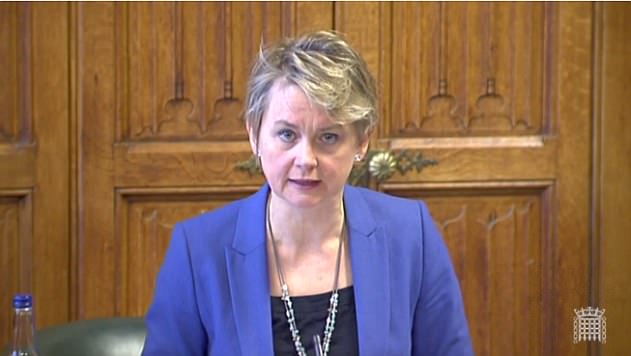 Chairwoman Yvette Cooper (pictured during today’s committee) demanded to know why action had not already been taken following earlier investigations into abusive posts.

Facebook’s spinner (sorry – it’s ‘director of public policy’) was Simon Milner, the most mellifluous burbler I have heard. Magnificent (if your taste runs to that sort of thing).

We could send him to the Empathy Games and he would return with the gold medal every time. He had all the non-judgmental language, all the vocal riffs – uplift, soft consonants, a hint of Northern vowels, and opening replies with ‘so’ – required of modern damage-limitations.

Chum Milner used to be a senior bureaucrat at the BBC. Whatever Facebook is paying him is not enough, he’s so good at presenting a saintly front for such a rapacious outfit.

The MPs seemed more concerned about online rudeness to politicians than they were about the horrid promotion of child pornography or terrorist ideology.

Miss Cooper showed them examples of such insults and wanted to know how they evaded much-trumpeted filter systems. 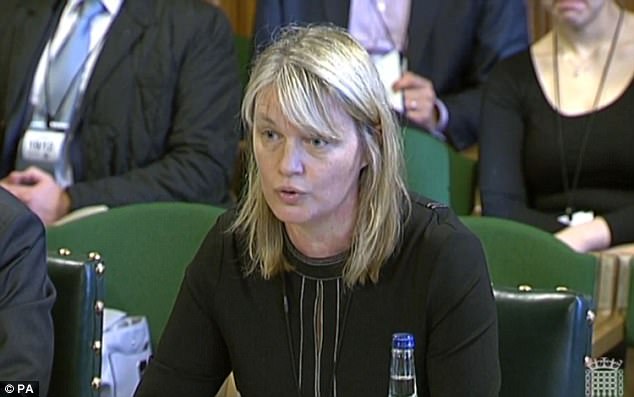 Er, the internet trio couldn’t quite say but they promised that ‘agents’ would look into it. It was stressed that elected officials were given free ‘escalation packs’ to help them complain about online scuttlebutt.

Tim Loughton (Con, E Worthing & Shoreham), after hearing of the firms’ much-vaunted machinery for stopping abuse, noted that Twitter gaily allowed a ‘kill a Tory’ hashtag to run on its platform.

Yet a similar ‘kill a Socialist’ hashtag had been censored. (Similarly, Ms Cooper made much of far-Right hate speech but I did not hear her complain much about far-Left bile of the sort spread by some Momentum activists.)

Twitter’s Ms McSweeney replied that there were 500 million tweets a day and it was a ‘significant task’ to check them for nastiness. ‘You are profiting from people furthering the ills of society,’ Mr Loughton told her. He doubted the firms were trying terribly hard to stop the poison.

Ms McSweeney countered with the view that ‘the world is becoming an increasingly challenging place’.

Now why might that be? Because the internet has given voice to raw anger that was always there? Because social media is encouraging extremism? Or because the political class has so often ignored the voters? A parliament that tries to block the democratic will, as on Brexit, is regrettably bound to make millions boil with anger.