Fears are growing for the multi-millionaire boss of American sports giant Quicksilver after his empty powerboat was found upside down on an isolated French beach.

Pierre Agnes, the 54-year-old father of three who is the company’s CEO, was last seen setting out in rough seas at 7.30am on Tuesday morning.

The Frenchman was alone on board the 11metre ‘Mascaret III’ as it headed off into the Atlantic close to the seaside resort of Biarritz.

Pierre Agnes, a 54-year-old father of three is the CEO of Quicksilver and was last seen setting out in rough seas in his powerboat 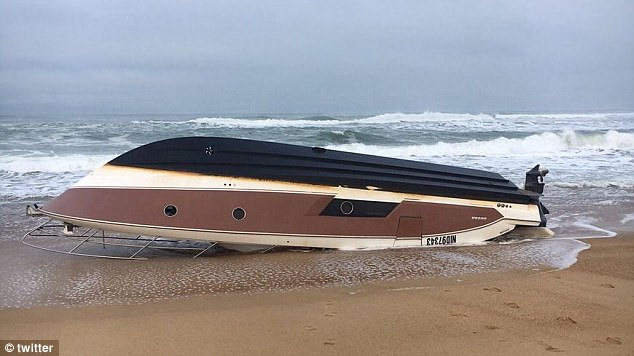 His boat, the Mascaret III, was found empty at well-known surfers’ beach around 15 miles north of Biarritz

Mr Agnes intended to do some solo fishing at Capbreton, which is located at the mouth of the Boudigau and Bourret rivers.

His last recorded call was to the local French maritime authorities, as he reported he was ‘postponing my trip home’ because of thick fog.

By early afternoon, fears were growing for his safety, after friends and family failed to contact him, and a Mayday alert was launched.

Soon afterwards, the Mascaret III was found empty in Soorts-Hossegor, a well-known surfers’ beach around 15 miles north of Biarritz.

The emergency was then escalated, with two speedboats and three helicopters scrambled to try and fined Mr Agnes, who was officially declared ‘Missing At Sea’.

The ‘Eole’, a ship that was in the area, also got involved in the search for Mr Agnes, a businessman renowned for his love of the outdoors.

He is a former international surfer for France who joined Quicksilver 30 years ago at their European HQ in Saint-Jean-de-Luz.

In March 2015 Mr Agnes became CEO of the brand, which was founded in Torquay, Australia, in 1969 before moving to the West Coast of America.

Soon after Mr Agnes took over, Quicksilver changed its name to Boardriders, as it took the Roxy and DC Shoes brands under its corporate umbrella.

It is currently involved in an ambitious bid for Australian rival Billabong, in a deal that would significantly increase its multi-billion turnover.

Despite being so heavily involved in his worldwide business, Mr Agnes spent as much time as possible in his beloved South West France. 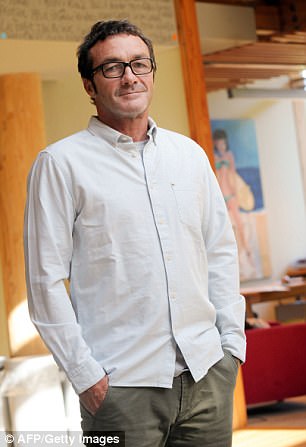 Agnes is known for his love of the outdoors

He is well known for being extremely down-to-earth, and shuns publicity for a simple outdoor life.

A Quicksilver spokesman in France said Mr Agnes was ‘a seasoned sailor who was used to fishing in the area.’

He said the alarm was raised following the discovery of the empty boat on the beach at around 9.15am – some two hours after Mr Agnes had set off.

By 6pm, those looking for Mr Agnes were reporting 10ft waves in the search area, and increasingly poor visibility.

‘As night draws in and temperatures drop, the search will become increasingly difficult,’ said a spokesman for the local prefecture.