It’s been 13 years since Barcelona failed to reach the Champions League quarter-finals. The last time it happened the coach survived. The same thing is unlikely to happen if they are knocked out by Napoli on Saturday night.

Frank Rijkaard’s team was eliminated at the last-16 stage by Liverpool in 2007 but the Dutch coach had delivered the league and Champions League in 2006 and kept his job for one more season. Quique Setien has no credit in the bank and will depart if Barca fail to get past Napoli.

He knows it, although he smiled at the question in Friday’s press conference saying: ‘I knew you were going to ask me that one. At no time has the thought entered my mind that this will be my last game.’ 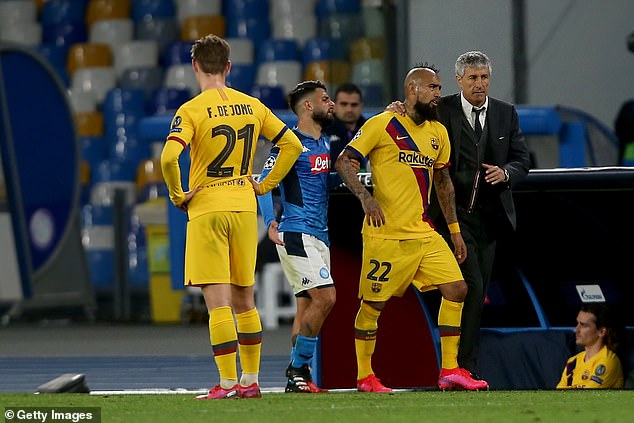 Sergio Busquets was slightly more vague when he said: ‘It’s not a decision the players will take. We have to concentrate on what happens on the pitch and if Setien continues then that is a good sign for everyone because it will mean we have done well and, why not, even have won the tournament.’

There is money at stake too, lots of it, and at a time when Barcelona need every financial injection they can get. 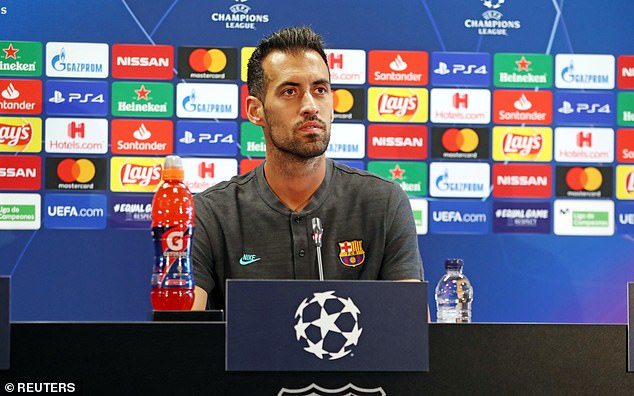 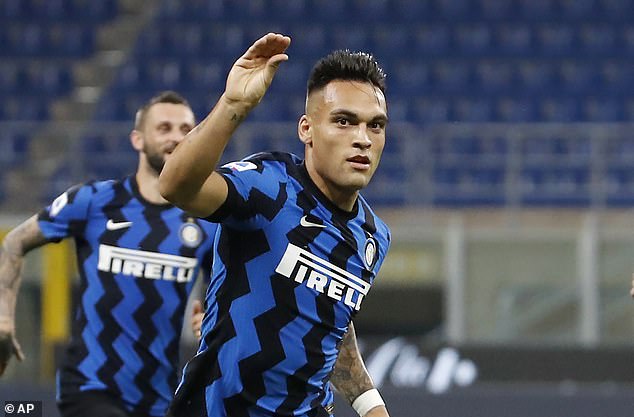 Avoiding the soap opera of looking for the club’s second new coach inside nine months, and missing out on the kind of money that would enable them to buy half of Lautaro Martinez (it’s a start) makes this the biggest game the club has faced for a long time.

They don’t usually fail at home in this competition – they are on a run of 35 games at the Nou Camp without losing. Not since they were beaten 3-0 by Bayern Munich in 2013 have they lost at home in Europe. But there will be no supporters in the Catalan cathedral of football this time and that is not the only thing making them slightly nervous.

Barcelona’s midfield is three men down. Arturo Vidal and Sergio Busquets are suspended and Arthur Melo, sold to Juventus although still available for Barcelona, will take no part.

Setien will have to patch together a midfield made up of Frenkie De Jong, Ivan Rakitic and 20-year-old Riqui Puig. 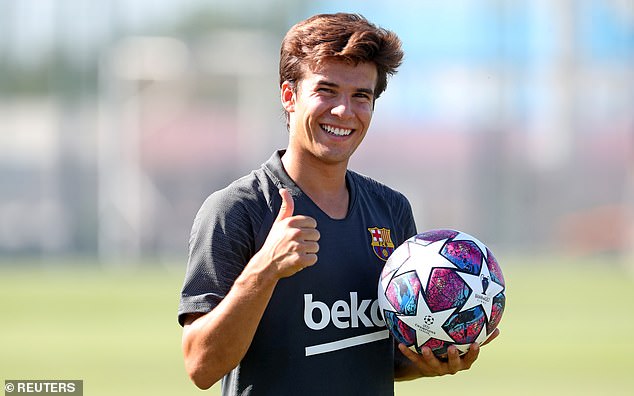 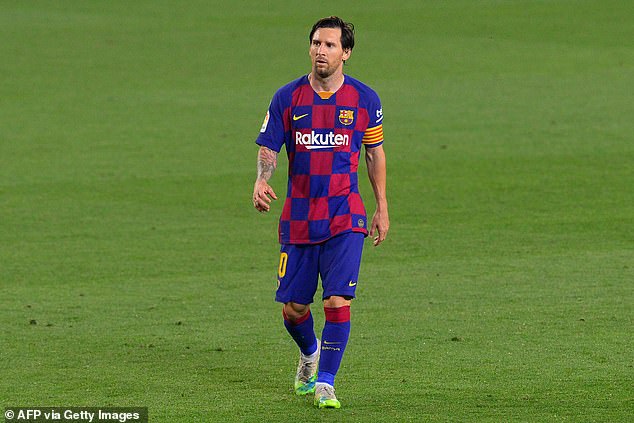 That will put the emphasis more than ever on the forward line. Lionel Messi tends to score in the round of 16. He has 19 goals in 14 games and as ever Barcelona will need him to be at his best.

This will be his 142nd game in the competition taking him past Ryan Giggs and level with Raul. He still has three players in front of him but Xavi (151), Cristiano Ronaldo (169) and Iker Casillas (177) are all in his sights.

This is the competition that for two seasons now he has pinpointed as the priority. Barcelona need him to be at his best and for Luis Suarez and Antoine Griezmann to be 100 per cent alongside him.

Griezmann, whose first leg away goal gives Barcelona the slight edge, knows a big performance will also save his own first campaign at the club. 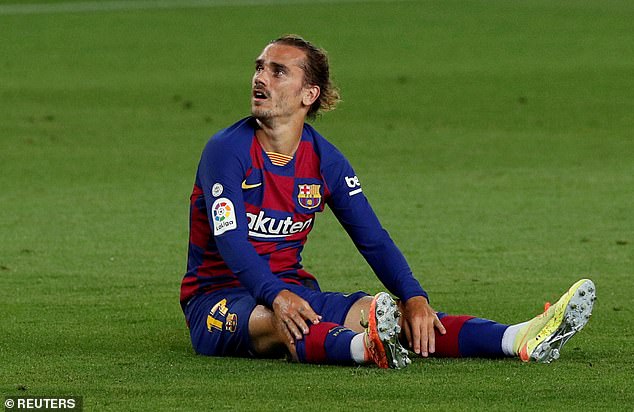 He has endured a tough first year with criticism that he has not repaid the 120 million euros (£108m) spent on him last summer. Much of that criticism has been harsh. His goal against Napoli in February was one of 15 he managed in his first campaign and not only does that tally match Neymar’s in his first season at the club but it also leaves Real Madrid’s Eden Hazard in the shade. The forward, signed from Chelsea last summer, has only scored once.

Griezmann may not have hit the heights he reached at Atletico Madrid where he scored 21 goals in his last season under Diego Simeone, 29, 26 and 32 in the three previous campaigns, but he has scored important goals. One on Saturday night would be another in an awkward first season marred by the struggle to get on Messi’s wavelength.

Griezmann’s team-mate Suarez, with whom the Frenchman has developed a friendship off the pitch to the point where Suarez published on social media: ‘Always positive and always looking forward’, in support of Griezmann, will also be a crucial cog. 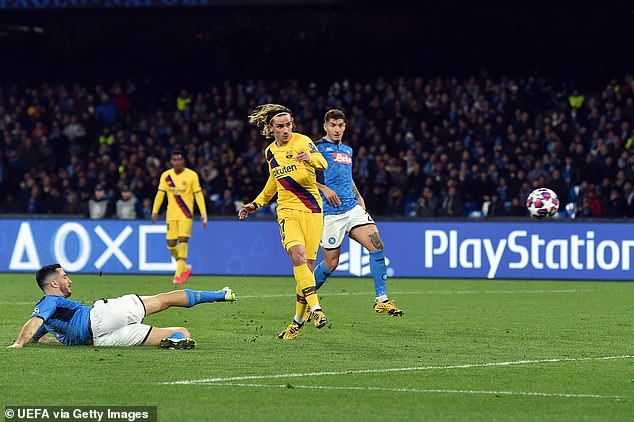 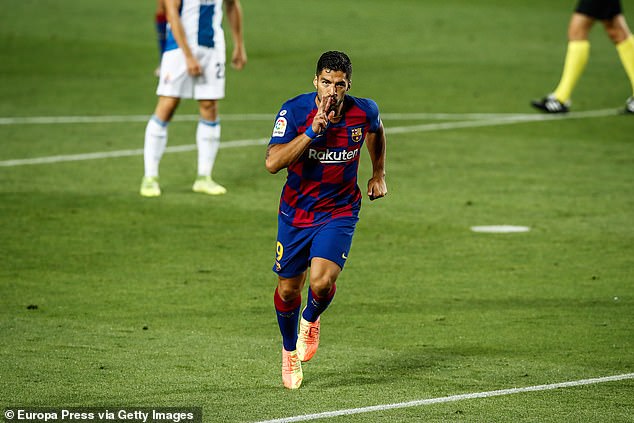 Suarez rushed back from knee surgery to compete in the run-in. He hobbled off into a mini-break as soon as Real Madrid were crowned champions. Now the test will be to see if he comes back at his best.

If he doesn’t then with Martin Braithwaite unavailable having only been registered for La Liga it will be the 17-year-old striker Ansu Fati who Setien has to turn to.

Whether it’s the youngest Champions League goalscorer in the competition’s history (17 years and 10 days when he scored against Inter in December), the old fox Suarez, the eternally questioned Griezmann, or Mr. Reliable Messi, coach Setien will not care.

He just needs his team to get over the line (having drawn the first leg 1-1) and into the final eight in Lisbon so he can prolong his spell in charge of Barcelona and keep alive the club’s hopes of boosting the finances and saving the season. 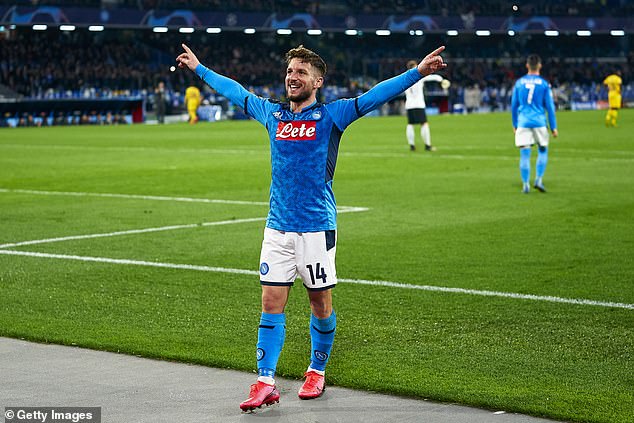