R.E.M. blasts Donald Trump as an ‘a**hole’ for sharing a video featuring their song

Rock band R.E.M. blasts Trump as an ‘a**hole’ for sharing a video that mocks Democrats and uses their song ‘Everybody Hurts’, then demands Twitter and Jack Dorsey take it down

The band R.E.M. has blasted the president as an ‘a**hole’ for sharing a video featuring one of their songs, then successfully rallied Twitter and its CEO Jack Dorsey to take it down.

The 90s American rock band are known to be outspoken opponents of the president and lashed out at the Trump back in 2015 when he played one of their songs prior to a rally.

Their fury was reignited when the president shared a fan-made video mocking Democrats on Friday that plays R.E.M.’s hit ‘Everybody Hurts’ in the background.

The parody, created by Youtuber CarpeDonktum, displays Trump delivering his State of the Union address as the camera cuts to the sulking faces of Democrats watching his speech.

‘The a**holes @CarpeDonktum created the meme. #PresidentA**hole retweeted it. Measures have been taken to stop it. @jack you need to get on this,’ band bassist Mike Mills tweeted on Friday. 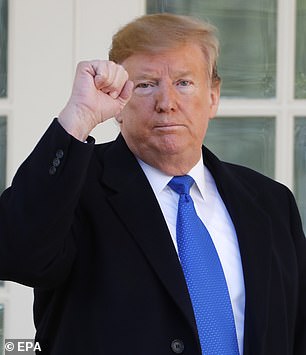 Rock Band R.E.M.’s bassist Mike Mills has blasted President Donald Trump as an ‘a**hole’ for tweeting a video that played the group’s hit ‘Everybody Hurts’ in the background

Mills exploded with anger when he saw the shared video on Friday and demanded Twitter and its CEO Jack Dorsey take it town. By Saturday the video was gone

And their complaints did not go ignored as the video was promptly taken down by Saturday morning after Mills and the band’s publisher Universal Music Publishing Group complained citing copyright infringement.

The video went viral on Twitter for the outrage it sparked with the band.

But by Friday evening, the video seemed to be removed. Twitter replaced the video with the message ‘This video has been removed in response to a report from the copyright holder’.

Mills then tweeted the taunting message ‘Winning?’ when it was removed.

Youtuber CarpeDonktum, who’s best known for winning an Infowars meme contest, then re-uploaded the video with a new song in the background. 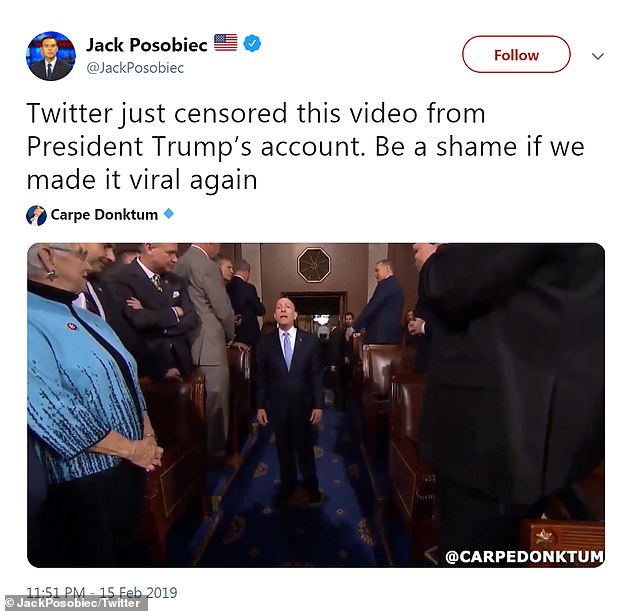 Although the original video was deleted, several accounts have reshared it with the R.E.M.’s song still playing in the background 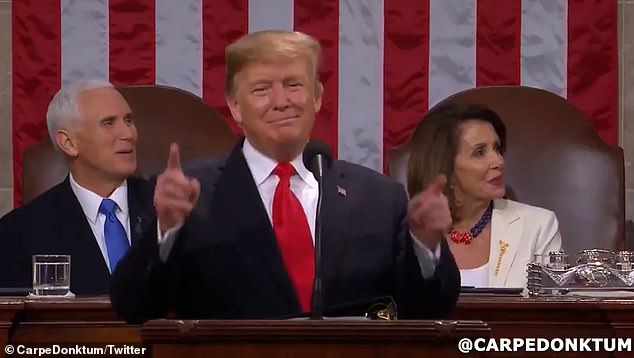 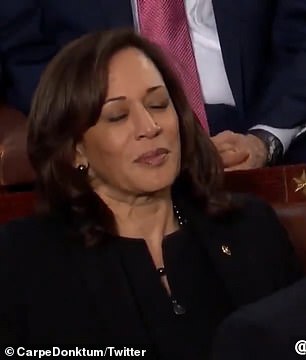 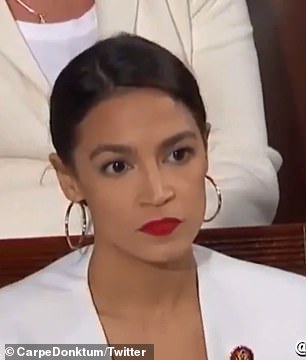 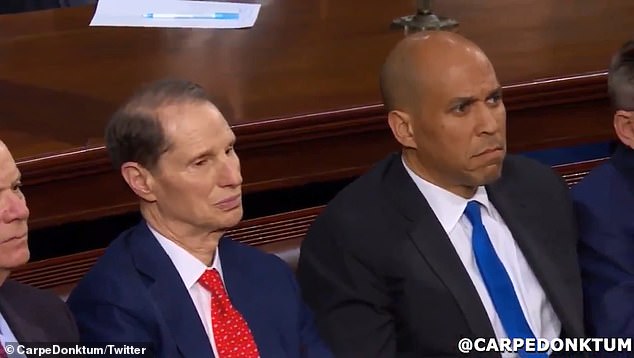 On Saturday CarpeDonktum uploaded another version of the video playing Lee Greenwood’s song ‘God Bless the U.S.A.’ instead of ‘Everybody Hurts’. Trump made it his pinned tweet

The new version featured Lee Greenwood’s song ‘God Bless the U.S.A.’ instead of ‘Everybody Hurts’ and was posted on Saturday.  Greenwood performed at Trump’s inauguration in 2017.

In 2015 Trump played R.E.M.’s song ‘It’s the End of the World as We KNow It (And I feel Fine) as he was on the campaign trail, leading R.E.M. to fire back with a scathing message.

‘Go f*ck yourselves, the lot of you — you sad, attention-grabbing, power-hungry little men. Do not use our music or my voice for your moronic charade of a campaign,’ R.E.M. lead singer Michael Stipe said to The Daily Beast at the time. 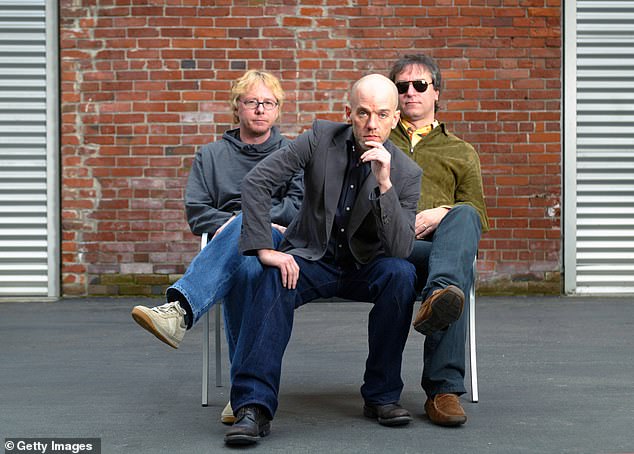 After Trump played R.E.M.’s music at a rally they shared this message asking his to ‘cease and desist’ from using their music

Then on Facebook they shared a statement saying they do not authorizing their music to be used at political events.

‘While we do not authorize or condone the use of our music at this political event, and do ask that these candidates cease and desist from doing so, let us remember that there are things of greater importance at stake here,’ R.E.M. said.

‘The media and the American voter should focus on the bigger picture, and not allow grandstanding politicians to distract us from the pressing issues of the day and of the current Presidential campaign,’ they added.

The president has angered several artists by using their music. The Rolling Stones complained that he used their music, particularly the song ‘You can’t Always Get What You Want’ at his campaign rallies.