R. Kelly’s sex trafficking and racketeering trial will be heard by anonymous New York jury because of singer’s history of intimidation and meddling in cases, judge rules

R. Kelly’s federal trial for racketeering and sex trafficking will be heard by an anonymous jury in New York, a judge has ruled.

The ruling, which was handed down by US District Judge Ann M Donnelly last month but only unsealed on Friday, granted a motion sought by federal prosecutors in Kelly’s case.

The judge granted anonymity to jurors due to the high profile nature of the 53-year-old singer’s case and his history of trying to obstruct cases and intimidating jurors.

‘Empaneling an anonymous jury is appropriate given the seriousness of the charges, the defendant’s history of obstructing the judicial process, the potential for juror intimidation and the intensity of media attention given to this case,’ the judge wrote in her ruling.

The judge also ruled that the jury be sequestered, which means jurors will be escorted to and from the courthouse during the trial and monitoring during breaks.

A Brooklyn federal judge granted anonymity to jurors due to the high profile nature of R. Kelly’s case and his history of trying to obstruct cases and intimidating jurors

Kelly, who is currently jailed in Chicago, faces state and federal charges in New York,  Illinois and Minnesota ranging from sexual assault to heading a racketeering scheme designed to supply him with girls.

He has pleaded not guilty to all criminal charges in the cases filed in all three states last year. 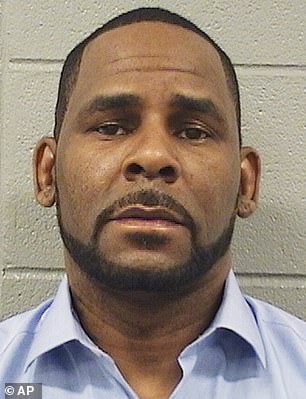 Kelly, pictured in a March 2019 mugshot, faces state and federal charges in New York, Illinois and Minnesota ranging from sexual assault to heading a racketeering scheme designed to supply him with girls

Brooklyn prosecutors have accused Kelly of running a criminal scheme in which women and underage girls were recruited to have sexual activity with him.

They say Kelly and his entourage invited women and girls backstage after concerts, kept them from friends and family and made them dependent on him financially.

Federal prosecutors in the Chicago case charged Kelly in July 2019 with engaging in sex acts with five minors and recording some of his alleged abuse on video.

They also accuse Kelly of obstructing justice by using threats and bribes, including payments of hundreds of thousands of dollars, to keep his victims quiet.

The federal charges were brought after seven women, including his ex-wife, appeared in the January 2019 Lifetime documentary ‘Surviving R. Kelly’ and accused him of emotional and sexual abuse. 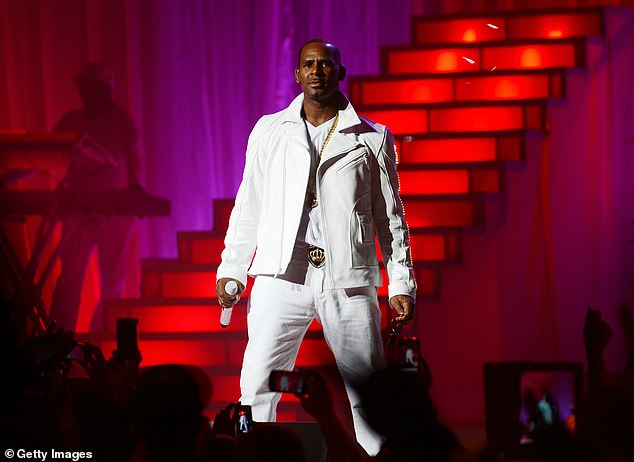 The Grammy Award-winning singer has faced sexual abuse allegations dating back more than two decades, including accounts from some accusers in the January 2019 Lifetime documentary Surviving R. Kelly

Federal prosecutors in Brooklyn had put forward the motion for an anonymous jury earlier this year.

They pointed to Kelly’s alleged part in influencing witnesses and jurors in a 2008 child pornography case in Illinois.

Kelly was found not guilty of those charges following a trial.

In the judge’s ruling, Donnelly cited ‘evidence of obstructive conduct by others, including (Kelly’s) associates’.

Three of Kelly’s associates were arrested in August for intimidating or bribing witnesses who claim they were abused by the singer.

According to prosecutors, Michael Williams, Richard Arline Jr and Donnell Russell tried to intimidate some of the women who say Kelly abused them by setting fire to their cars and offering them money.

Kelly’s defense attorneys had tried to argue that prosecutors had not established that the singer or his associates posed a threat to jurors.