Rugby league star Sam Burgess has had a drip inserted into his heart due to complications from shoulder surgery.

The South Sydney Rabbitohs player will be unable to play until his shoulder has recovered and the infection is brought under control.

The infection is believed to have been caused in 2010 or 2011 during reconstructive surgery, Fox Sports reported.

Burgess will have to go to hospital every day as his recovery is monitored.

Burgess had planned on flying to Townsville with the Rabbitohs for this weekend’s game against the North Queensland Cowboys but he will be unable to play.

The footy star is now planning to return for his team’s game the following weekend against the St George-Illawarra Dragons.

Burgess last had shoulder surgery in June, and has been training lightly since then.

Last week, Burgess said he was recovering well from the surgery.

‘It’s pretty good, probably as good as it will feel,’ Burgess told the Sydney Morning Herald.

‘There are a few tests… we have to be smart. There are nine season games left plus finals so we have to make the right decision. But it’s looking alright at the moment.’ 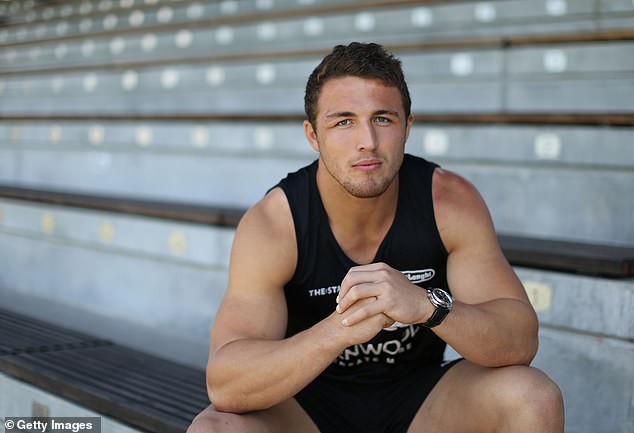