Rabid bobcat attacks a golfer at a Connecticut course

A rabid bobcat mauled a golfer at a Connecticut golf course Thursday morning before wildlife officials tracked down the animal and euthanized it.

Department of Energy and Environmental Protection (DEEP) officers said they were called to the Mohegan Sun Golf Course in Sprague, Connecticut, after a bobcat attacked the unidentified golfer, said to be in his 60s, around 8.30am.

DEEP Sgt. Christopher Dwyer told the Hartford Courant that the feral feline jumped on the golfer’s back while he and his friends were on the course.

The victim’s colleagues eventually beat the bobcat off him with their golf clubs.

A bobcat was captured and killed in Sprague, Connecticut, Thursday after attacking a golfer and a horse 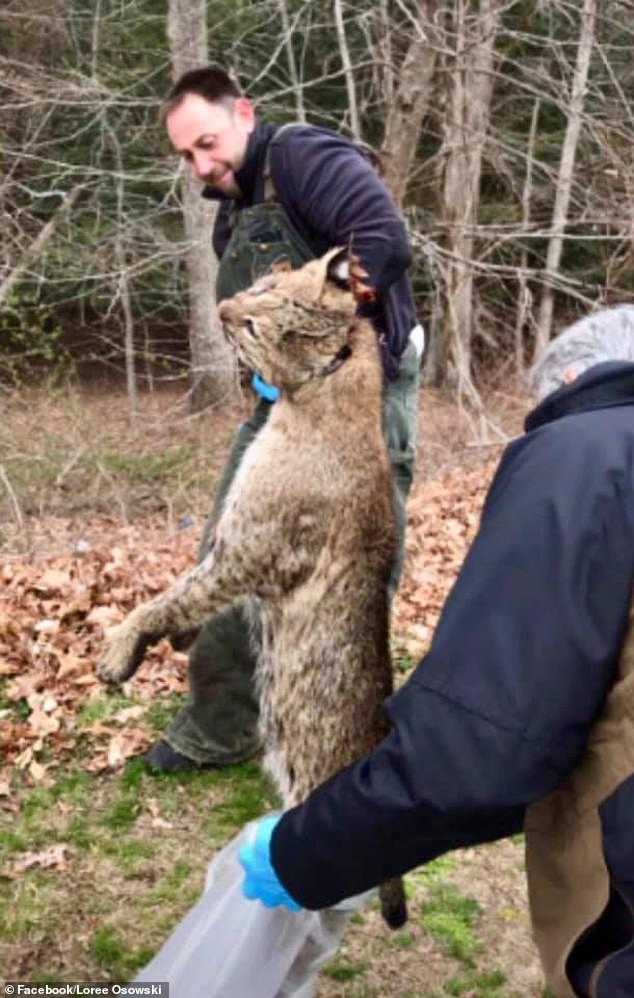 The feral feline was tracked down and found hissing inside a drainage pipe not long after attacking the golfer. Wildlife officials ultimately killed the animal before taking it to a vet who confirmed it had rabies

‘They thought it was dead,’ Dwyer told reporters.

But the wildcat survived and escaped the scene. DEEP officers later tracked down the bobcat after following its footprints.

An officer found the animal in an open drain. The bobcat hissed at the officer, who shot and killed the animal, according to the Hartford Courant.

Other news agencies reported that the animal was euthanized.

The bobcat’s carcass was taken to UConn Medical Lab for testing where a veterinarian confirmed it was infected with rabies, a potentially fatal disease that causes infected animal species to act aggressively.

The bobcat’s victim was taken to Backus Hospital for treatment for his cuts. Hospital officials declined to confirm the golfer’s condition Thursday evening.

The same bobcat is believed to have mauled a horse less than a mile away from the casino golf course earlier the same morning, slashing the animal’s eye and neck, before running off.

The department noted that bobcat are common in the wild in Connecticut, but emphasized that attacks on humans are unusual.

‘Compared to many wildlife species, bobcats rarely cause conflicts with human activities and rarely contract rabies,’ the department said in a written statement.

‘DEEP recommends that if you encounter a bobcat, you should keep your distance, make noise and back away from the animal.’ 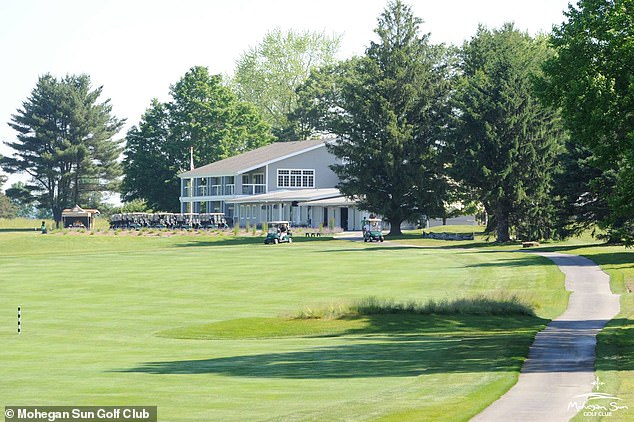 Authorities said the golfer was mauled by the feral feline while playing at the Mohegan Sun Golf Course in the Baltic neighborhood of Sprague, Connecticut