A desperate race against time is underway to find relatives of a First World War hero before his medals and ‘heartbreaking’ letters home from the trenches are auctioned off near Remembrance Sunday.

More than 100 years after Sgt Sam Atherton wrote to his parents from France, the young soldier’s letters and medals were found stored in Wolverhampton in March.

One letter from the young solder reads: ‘You are the best mother a lad could have and if by God’s help I live through this war, I will repay you by all the help I can give you. Good night and God bless you all.’

Prior to his death he was awarded the 1914/15 Star, the War Medal and the Victory Medal, collectively known as as the World War One trio.

Fieldings Auctioneers Ltd is now urging any family of the young soldier to come forward and collect his items free of charge, before it sells the items on November 12.

‘Heartbreaking’ letters written home from the trenches by Sam Atherton, along with a World War One trio of medals are set to be auctioned off next month – unless relatives come forward

Bolton-born Sam Atherton served in the Manchester Regiment Machine Gun Corps for 18 months from 1915-1917 in the First World War. 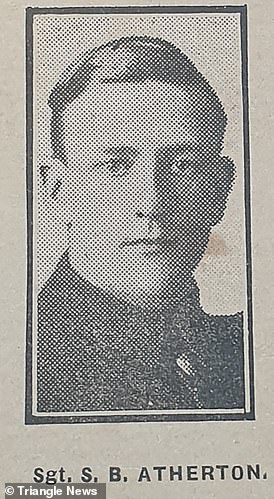 Sam Atherton died while serving in France in 1917, he was 21

Sam’s letters home to his mother and father reveal the horrifying conditions he and his fell soldiers lived in as they fought in what was known as The Great War.

Despite his age, Sam’s gallant service saw him awarded the 1914/15 Star, the War Medal and the Victory Medal, collectively known as World War One Trio.

In the summer of 1916 the young sergeant suffered wounds which he recovered from, only to be killed in battle in January 1917, aged 21.

The medals are set to go up for auction on November 12 and any sales fee will be donated to Hope For Heroes charity.

Before he joined the service, Sam worked in the card room at the Arrow Mill in Castleton.

Sam and his family were known around Bolton, and he also played for the local Wesleyan cricket team.

In his letters home, Sam revealed the state of life in the trenches, while also thanking his parents for items they were able to send.

The young sergeant shared how he thought of his family and pictured them by the fire.

He wrote: ‘I was left on my own in the bedroom and I felt very lonely.

‘I can tell you I thought about all of you and pictured you all sat around the fire.’

Each letter is signed of ‘your loving son,’ and is littered with x’s to show his affection as he writes home from the cold trenches in war-torn Europe, surrounded by horrific conditions.

In one letter, written around Christmas, he jokes about having stew for dinner again.

His letter reads: ‘Stew for a change you know. Oh well never mind, it will all be over some day won’t it?’

The letters were described as ‘horrific,’ by the auctioneers, who read each one after the discovery was brought to them in March.

Fieldings’ head of business development Rachel Holland said the team were left in tears after reading through Sam’s letters home.

She said: ‘They are quite hard to read but we have sat and ready every single one of them and they are, I have to say, absolutely heartbreaking.

‘Talking to his mother and father about how he’s a good lad and he loves them and wishes he was coming home.

‘How he is sitting there, writing them by candlelight with rats at his feet, talking about time in the trenches.

‘It’s a pretty horrific read to be honest with you. 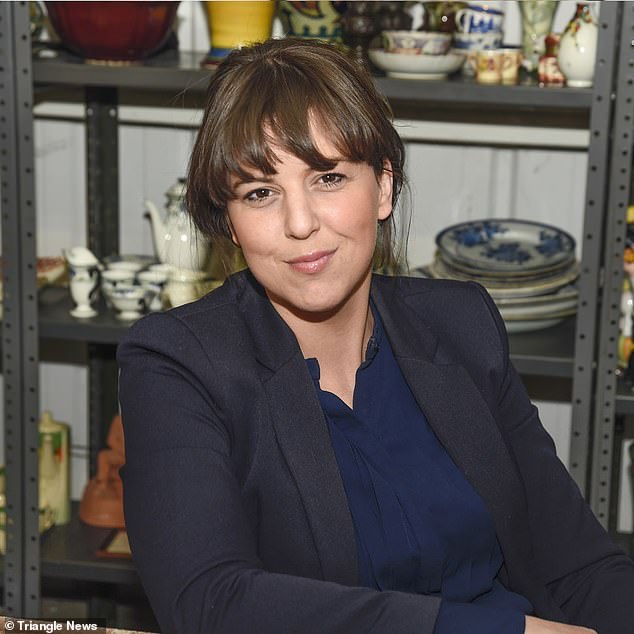 ‘We sell World War One trio medals, thousands of them a year probably but this is just different because you very rarely get background information of who that person was, that’s what makes it interesting.

‘They are so poignant – we were all in tears reading these letters – they are incredible.

Are you related to Sam Atherton?

‘During the time we are all in at the moment it is a difficult time and we are all struggling not to see family but then you put it in slight perspective, this young lad who was serving in war for two years, missing his mother and father and sisters.

‘It becomes a little bit different the way you look at things and hence where we are as auctioneers, we felt these should be with members of the family or distant relatives, they have been saved from a lockup in Wolverhampton and they should be with ancestors.

‘We believe these are really, really special items.

‘We see medals every day in our careers but you couple these with these very poignant letters and during the current times they take on a different light.’

Rachel says Fieldings has already been inundated with inquiries from people who might be connected to the medals.

She added: ‘We are not there yet but we have some very interesting leads.

‘You wouldn’t believe the response to this, I think it has really touched a nerve with everyone and we have had lots of genealogists offering to help find information but we are still searching for a closest relative to this person, so the search still continues.’