Race to be next Prime Minister explodes into life, with Matt Hancock joining Jeremy Hunt and Boris

The Tory leadership race has exploded into life, with Health Secretary Matt Hancock joining Jeremy Hunt in entering the contest, as Amber Rudd ruled herself out from running.

Mr Hancock told the BBC this morning: ‘Yes. I’m going to run to be the next prime minister.’

Mr Hancock said he would take a different approach to try and get Commons support for a Brexit deal than the one Theresa May used.

He said: ‘She didn’t start by levelling with people about the trade-offs.

‘I think it is much, much easier to bring people together behind a proposal if you are straightforward in advance.’

Mr Hancock said: ‘Some of my contenders may say that if they don’t get their preferred option, whether it be no deal or something else, then they’ll have a general election.

‘I put it to you that would be a disaster for the country and it would risk Corbyn by Christmas.’

Mr Hancock’s declaration comes just a day after Jeremy Hunt’s heavy hint that he would stand to replace Mrs May, but Work and Pensions Secretary Ms Rudd ruled herself out. 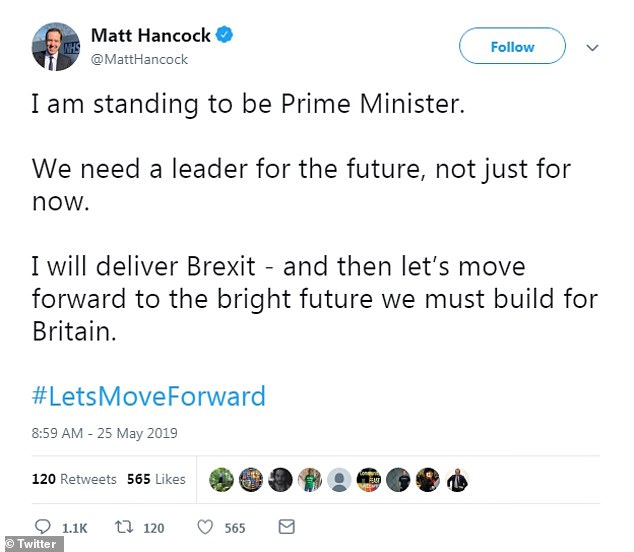 Mr Hancock wrote on Twitter: ‘We need a leader for the future, not just now’

Mr Hunt said: ‘I’ll make the announcement on my own candidacy at the appropriate time.

‘I think this is a day to remember Theresa May and her duty, her sense of public service, the fact that she has done an incredibly difficult job with enormous integrity, and I think that’s what people up and down the country will be thinking today.’

Brexiteer Dr Fox, the International Trade Secretary, also refused to rule out joining Mr Hancock when he was asked today. 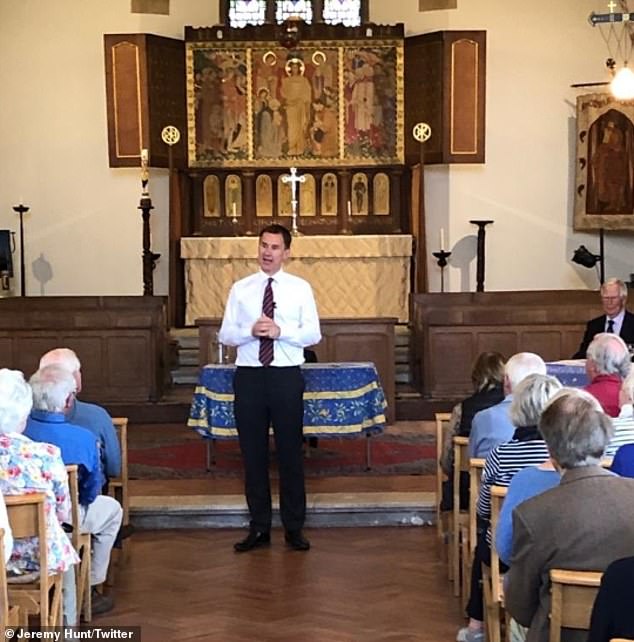 He told the BBC: ‘Well, I don’t think it’s likely to happen, but, as you say, it’s an unusual contest.’

Dr Fox said: ‘It is best for us to leave with an agreement.

‘But, I think that it is possible, and probably increasingly likely now, that we could leave without a deal because I think there’s a limited patience from the European Union with Britain’s constant delay.’

Asked if Labour would force a Commons no confidence vote in the new prime minister when they take office, shadow chancellor John McDonnell told the Today programme: ‘Yes. 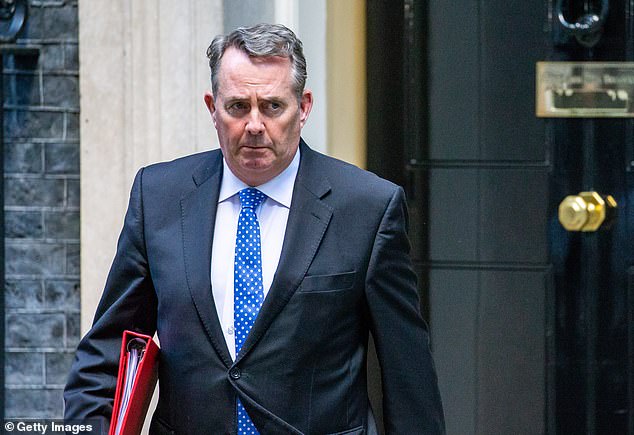 Brexiteer Dr Fox, the International Trade Secretary, also refused to rule out joining Mr Hancock when he was asked today

‘Because we believe any incoming prime minister in these circumstance should go to the country anyway and seek a mandate.’

Ruling herself out of the contest, Ms Rudd said: ‘The members and country want someone who is more enthusiastic about Brexit than I am.’

However, she warned she would be ‘very concerned’ about a new Conservative leader who is ‘enthusiastic’ about a No Deal Brexit after Mr Johnson said he would take the country out of the EU in October – with or without a deal.

The former foreign secretary is odds-on favourite to be the next Conservative Leader. 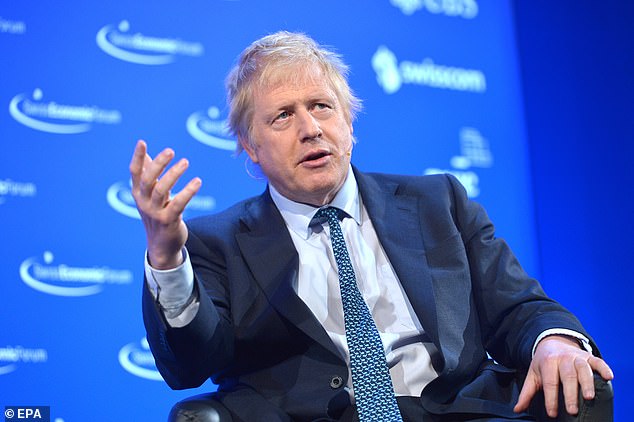 At an economic conference in Switzerland, he yesterday ruled out any further delays beyond the end of October, when the latest extension is due to expire.

But Ms Rudd warned: ‘I would be very concerned about somebody who is too enthusiastic about no deal.

‘It is very important that whoever takes this on looks for a solution and tries to work to find where the majority of the House (of Commons) is.’

Ms Rudd was joined in her opposition to No Deal by fellow cabinet minister Rory Stewart, who launched an attack on Mr Johnson.

The International Development Secretary was an one of the first of the candidates to announce that he is to run to replace Mrs May.

But he told the BBC’s Today programme this morning:  ‘I could not serve in a government whose policy was to push this country into a no-deal Brexit.

‘I could not serve with Boris Johnson. 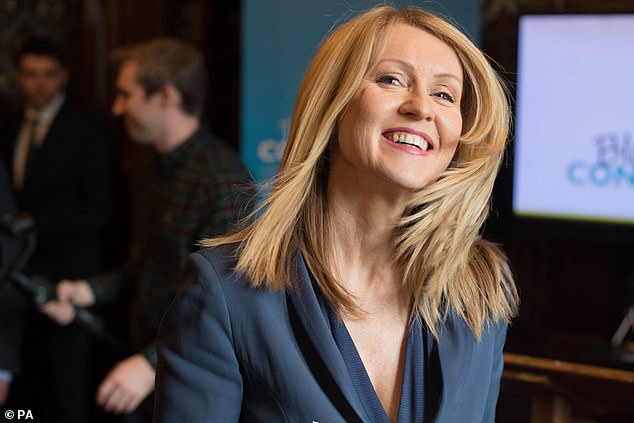 ‘I spoke to Boris, I suppose, about two weeks ago about this and I thought at the time he had assured me that he wouldn’t push for a no-deal Brexit.

‘So, we had a conversation about 20, 25 minutes and I left the room reassured by him that he wouldn’t do this.

‘But, it now seems that he is coming out for a no-deal Brexit.’

Other names to have joined the scramble for Number 10 include former work and pensions secretary Esther McVey, who said she was putting herself forward ‘as a future leader’. 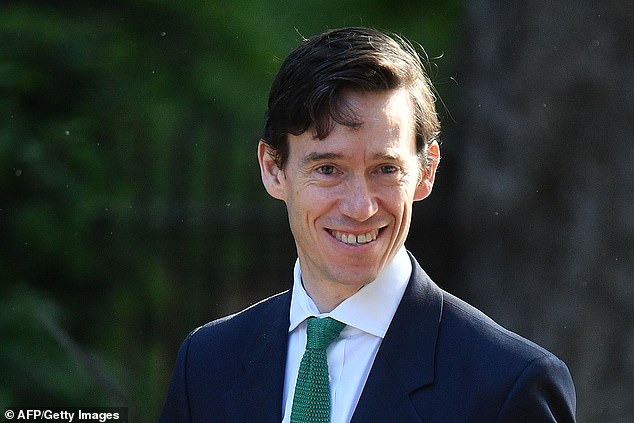 Hosting a radio call-in on LBC, Ms McVey said: ‘I’ll put my hands up here, I better declare an interest straight away. I have put myself forward as a future leader.’

Former Brexit secretary Dominic Raab is expected to reveal his intentions today, and Conservative Party shop steward Graham Brady resigned from his position last night while he considers whether to run himself.

A source said there was an awkward moment as Sir Graham revealed his intentions as he met with Mrs May, her chief-of-staff Gavin Barwell and Tory chairman Brandon Lewis. 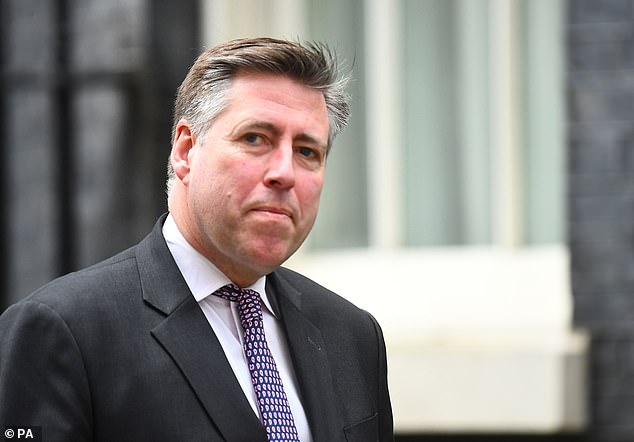 Environment Secretary Michael Gove – who stood in the 2016 leadership race and may consider another bid – said Mrs May ‘deserves our respect and gratitude’.

Home Secretary Sajid Javid, who had a ‘frank’ discussion with Mrs May about her deal on Thursday, said ‘nobody could have worked harder or had a greater sense of public duty’.

Former leader of the House of Commons Andrea Leadsom, who pulled out of the race to succeed David Cameron in 2016, is yet to announce whether or not she will run this time around.

Liz Truss, the Chief Secretary to the Treasury, has also not confirmed if she is running, but gave a heavy hint that she may do so in a recent interview.

She told You Magazine: ‘I think you have to be prepared to put yourself forward because nobody else is going to.’