Rachael Ostovich proves the bruises have finally GONE AWAY

Rachael Ostovich was beaten to a pulp by her husband Arnold Berdon in November.

The 27-year-old UFC fighter suffered a broken bone near her eye and was heavily bruised.

But this week the Hawaii resident proved that the marks have finally gone away as she posed at home in a bra top and leggings.

No marks: Rachael Ostovich was beaten to a pulp by her husband Arnold Berdon in November. But this week the Hawaii resident proved that the marks have finally gone away as she posed at home 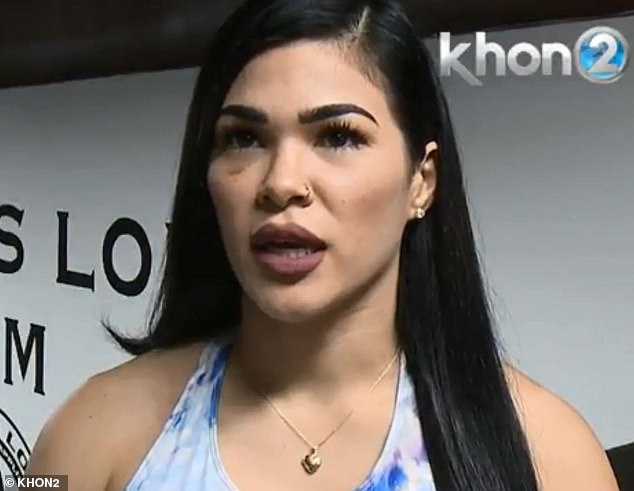 Still recovering: The 27-year-old UFC fighter suffered a broken bone near her eye and was heavily bruised; here she is seen with a black eye on KHNO 2 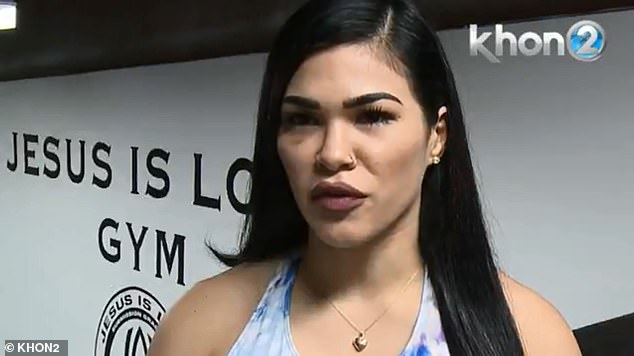 Her look: She wore a tie-dye tank top with a gold heart necklace and a nose ring in early December

She was seen with her daughter Ruby Rose, whose father is Berdon.

They were by the Christmas tree, which was nicely decorated, and their two cats: Cleopatra and Caesar.

And Rachael also took time out to show off her very toned figure in workout clothes. 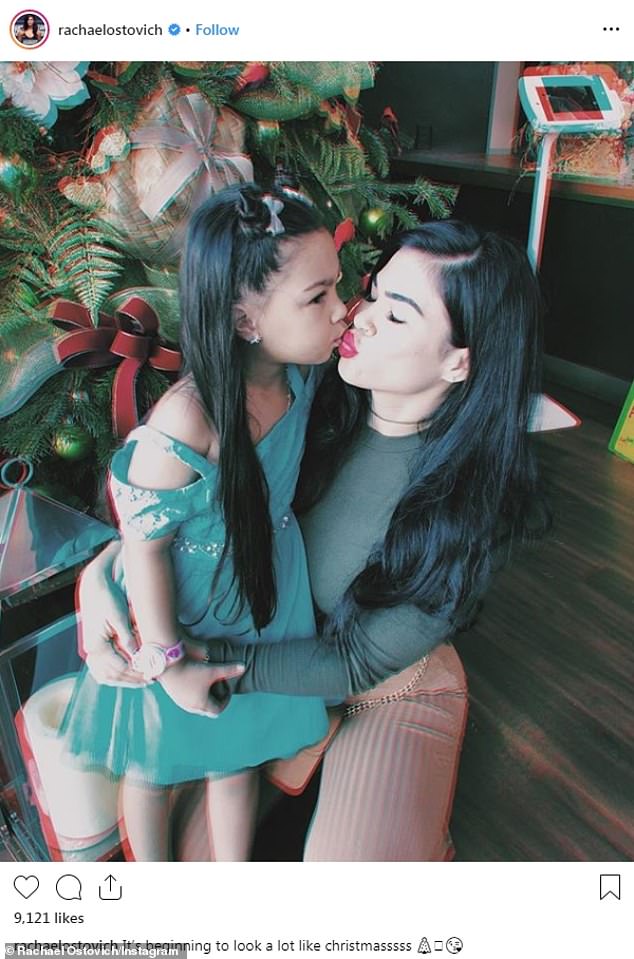 Mark-free: She was seen with her daughter Ruby Rose, whose father is Berdon. They were by the Christmas tree, which was nicely decorated 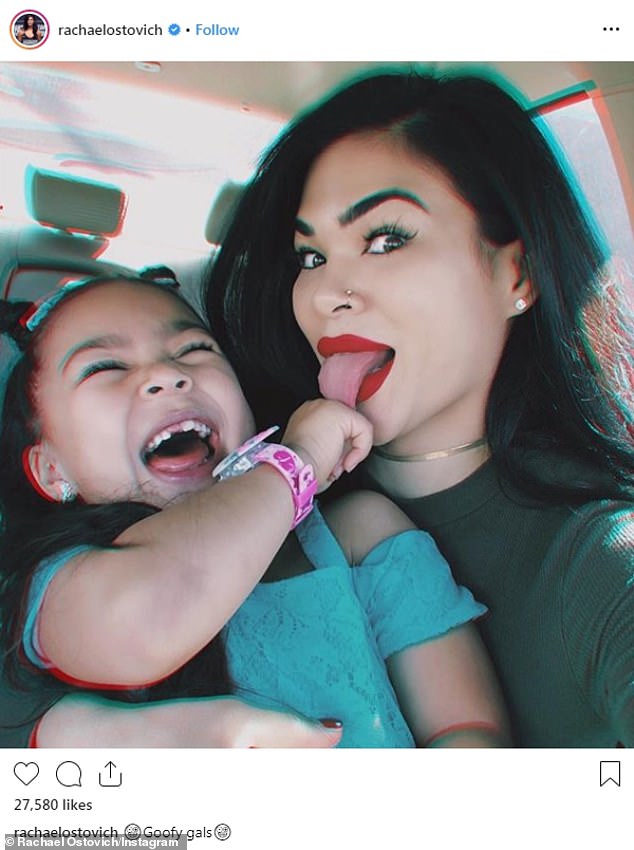 Goofy gals: Here the two were seen having some fun in a car during a social media shot

The beauty said God was ‘sooooo good’ to her and ‘the best is yet to come’ as she shared a photo of her ESPN cover with Paige VanZant, who she will fight in New York in January.

The caption read, ‘First ever ESPN UFC event at the Barcalys Center!!!! Making History. God is sooooo good to me.’ She added a prayer emoji.

‘The best is yet to come!’ she also noted.

‘New York here we come!! Thank you Sizlak008 for the graphic! And suckerpunchent for having me REPRESENTED.’

She added, ‘We keep it movin.’

Her fans loved her note. 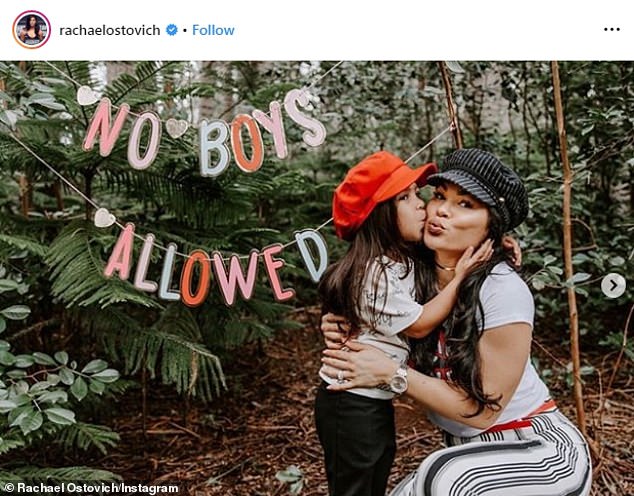 Earlier: This image where she talked about string women was shared last week 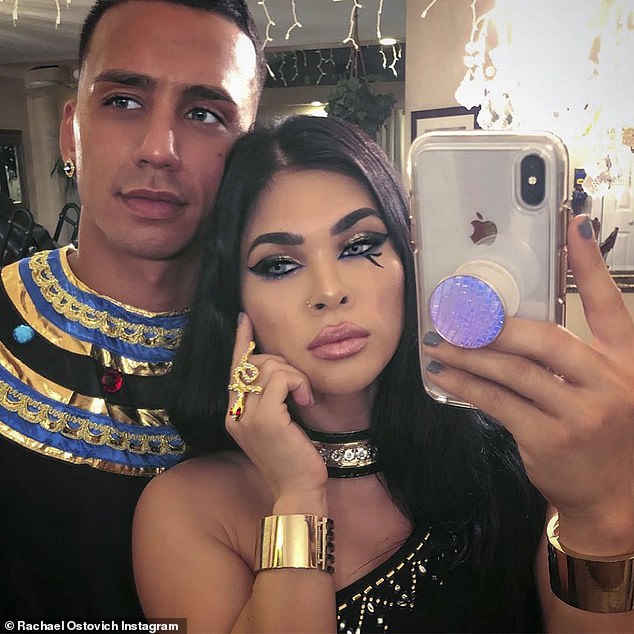 How could he do it? Ostovich was beaten to a pulp by her husband Berdon in November; seen in October

One said, ‘You are incredibly inspiring!’ while another added, ‘I wish you well and best of luck in your next fight!’

The beauty said to quit the fight would allow him to ‘mess with her dreams,’ she told KHON2 in Hawaii earlier.

The star spoke on camera, revealing she still has a black eye.

‘This is something that can’t be taken away from me,’ said the UFC fighter. ‘I want to use this big worldwide UFC platform to show people that don’t let anyone or anything come between you and your dreams and your career.’

The fight will take place on January 19 in New York.

She also said she wants to be a role model for women suffering from domestic abuse.

‘I felt that it was extremely important to me to follow through with it and not only for me but for my daughter and other people that might be going through similar situations,’ Ostovich told KHON2.

‘I want to take a stand against domestic violence and show others that it’s okay to come out and speak about it and not be quieted.’

She also said, ‘I feel like I have to do this.’

And she thanked her family. ‘I’m extremely grateful and blessed for my support system. My family, who has done so much for me and has kept me together and kept me strong.’

The fight was initially cancelled due to Ostovich’s injuries, which were sustained in an alleged attack by her husband, another MMA fighter, Arnold Berdon, in Hawaii.

While the fight was cancelled, Ostovich’s manager Brian Butler-Au told ESPN that the fighter sought a second opinion on her injuries, and she was cleared this week. 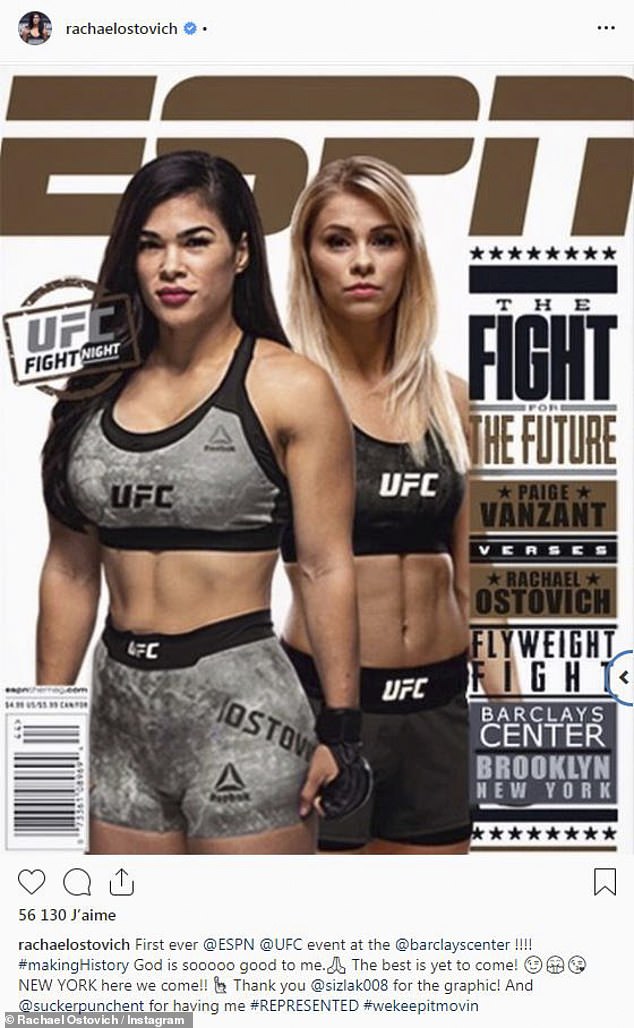 Onwards: Ostovichis not letting the beating hold her back as she shared a very upbeat Instagram note last week

‘She never really wanted to be off of this fight,’ Butler-Au said. ‘When everything happened, it was very emotional.

‘The injuries were significant enough that, combined with the emotions of everything that was going down, we made a decision to pull out of the fight,’ Butler-Au continued.

‘Now that things are settling out and the swelling of the injury is going down, Rachael got a second opinion and everything will work out to where she can keep this fight.’

ESPN also confirmed with UFC president Dana White that the fight is back on for January 19.

Berdon was taken into custody by Honolulu police and charged with second-degree assault, and his next court hearing will be December 18.

Ostovich was also granted a restraining order against Berdon. 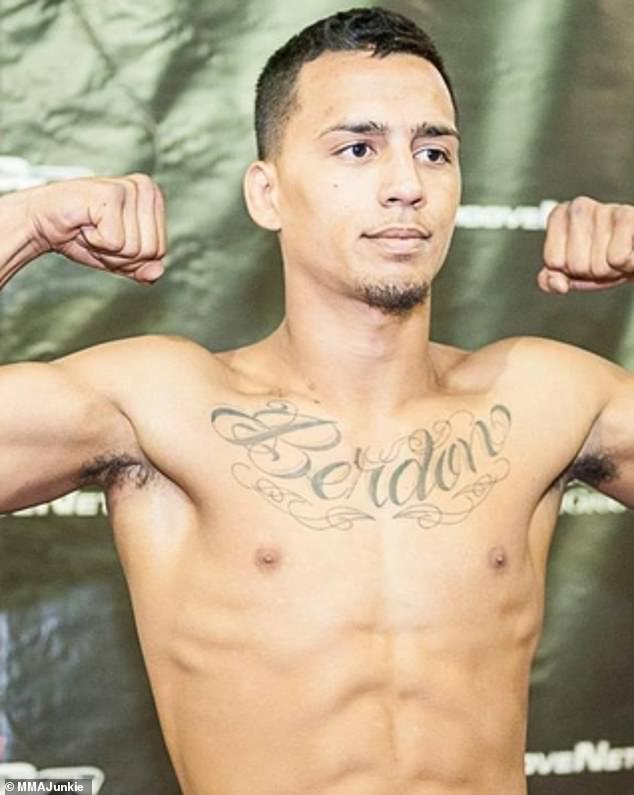 Mugged: Here he is seen showing off his chest again; he has said the beating was self defense