A woman has just given birth to a baby girl. A smiley blonde midwife has helped deliver the bundle of joy. The next day the midwife (Joanne Lumsden, familiar to viewers of C4’s One Born Every Minute) told the unnamed mother, lying in recovery after a caesarean, that she’d had an affair with the newborn baby girl’s father while he was on a lads’ holiday in Benidorm and the mother was pregnant with the child (I can hear the exhausted chorus of ‘classy’ across the land).

They are 3,500 miles apart but when I read about the showdown between the midwife and the new mum in Liverpool Women’s Hospital, I couldn’t help thinking about poor Melania, the hostage in the White House.

But quickly back to the Hand That Rocks The Cradle horror show. The mum complained to the hospital. ‘This woman held my baby in her arms knowing she had engaged in recent sexual activity with her father.’ She left the father. The nurse is being investigated. The end.

Over in Washington DC, you see, there’s no closure. The bimbo eruptions that threaten the First Family in the White House just keep coming. The story presents a nail-biting cliffhanger for the rest of us: when is Melania going to tell Donald he’s fired?

While Trumpers accept that the White House has become trash TV, a reality-show hybrid between the Jerry Springer Show and The Apprentice, this presents a nail-biting cliffhanger for the rest of us: when is Melania going to tell Donald he’s fired?

Well, to be strictly accurate (the White House has, of course, denied all affairs), it is alleged he cheated on Ivana with Marla, he sort of cheated on Marla with Melania, he cheated on Melania with Stormy, and he cheated on Stormy with a Playboy Bunny called Karen McDougal. Miss McDougal has already given an interview to the networks in which she said Trump tried to pay her after they were ‘intimate’, but she said she wasn’t that kind of girl and cried.

Miss McDougal, by the way, had the grace to apologise to Mrs Trump, who was caring for a tiny baby while her husband’s alleged romps were taking place. ‘What can you say except, I’m sorry?’ she said. ‘I wouldn’t want it done to me.’ Ugh. Nor would anyone. There’s something particularly sleazy about men who play away while their wives are pregnant or have just given birth, as that’s when women are at their most vulnerable, and mammalian, and feel like leaky, unattractive milkers.

It takes balls of steel to do it, but Liverpool mum left her tool of a husband, Jerry Hall left Mick, Hillary Clinton stayed… so what should Melania do? Mmm. 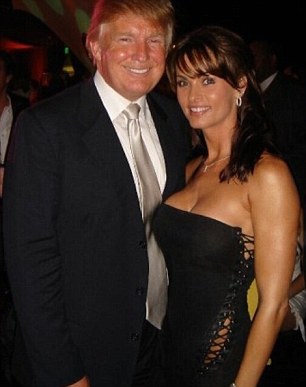 The US President with playboy bunny Karen McDougal

I feel sorry for Melania. It must be grim putting on a game face and designer sunglasses during all this, but I also feel that anyone who has ever slept with Donald Trump is probably in need of urgent help and they all deserve each other.

As someone once said: ‘Everything is about sex but sex, which is about power.’

I think I know what I’d do in her stilettos. After careful consideration of her plight, I think she should probably grit her teeth, move into a separate wing, take a revenge lover or two even, but hang in there so long as he’s President.

Why? Well, no woman with any self-respect would ever go to bed with him now, even if he is the leader of the free world, because if it turns out he’s a liar and a cheat, a serial seducer, and a douchebag in a league of his own.

OK, I accept many women without any self-respect still ‘would’, but Trump’s days of being a once, twice, three times a ladies’ man must be over. Meanwhile, he will remain in the marital doghouse, tail down and on the back foot, till death or divorce do them part. As for Melania – she’s not ‘that kind of girl’ at all. So long as he’s POTUS, she’s the First Lady, and there can only ever be one of those. She wins. 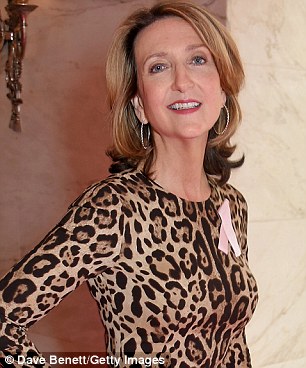 Victoria Derbyshire walks around naked at home. Her boys ‘don’t bat an eyelid’.

Despite her sons being comfortable with her nudity, this has triggered debate on daytime sofas which is wide of the point.

Three years ago, their amazing, Bafta-winning, hard-working mum was diagnosed with stage 2 lobular breast cancer. She had a mastectomy.

Of course her boys don’t care whether she’s got her clothes on or not.

They’re just happy to see her at all. 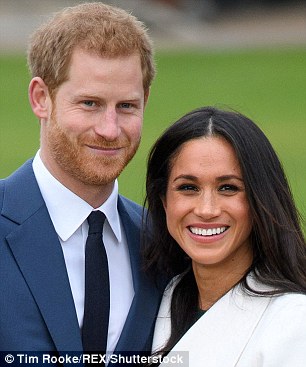 Court circular: The invitations to the wedding of the year have gone out (mine’s lost in the post, too).

Kate Middleton was styled ‘Miss’ in 2011, while Meghan is very much a modern and independent ‘Ms’, which is more Markle-Sparkle than Miss Marple, I suppose.

Meanwhile, we discover why Princess Diana thought Prince Charles preferred his mistress to her.

‘Charles is obsessed with Camilla’s t**s,’ she told a journalist, who told Tom Bower, ‘and I haven’t got t**s as big as Camilla’s.’

Not so much former future Queen as Queen Vic!