‘She sees it as a fresh start’: Rachel Stevens ‘lands new radio presenting role’ after marriage split from Alex Bourne

Rachel Stevens is set to throw herself into work on the back of her marriage break-up as she’s reportedly landed a new radio hosting job.

The 44-year-old split from her husband Alex Bourne last month after 13-years of marriage.

The former S Club star is set to be a new voice on Heart Radio – joining the likes of fellow celebrities like Emma Bunton, Kelly Brook and Jamie Theakston who already host slots on the station.

Keeping busy: Rachel Stevens is set to throw herself into work on the back of her marriage break-up as she’s reportedly landed a new radio hosting job

A source told The Sun on Sunday: ‘Bosses are keen to get Rachel on staff and she sees it as the fresh start she needs after her marriage breaking down.

‘Nothing better to distract someone from their heartbreak than work.’

It’s reported that Rachel will initially join the station to cover other presenters when they are on holiday. 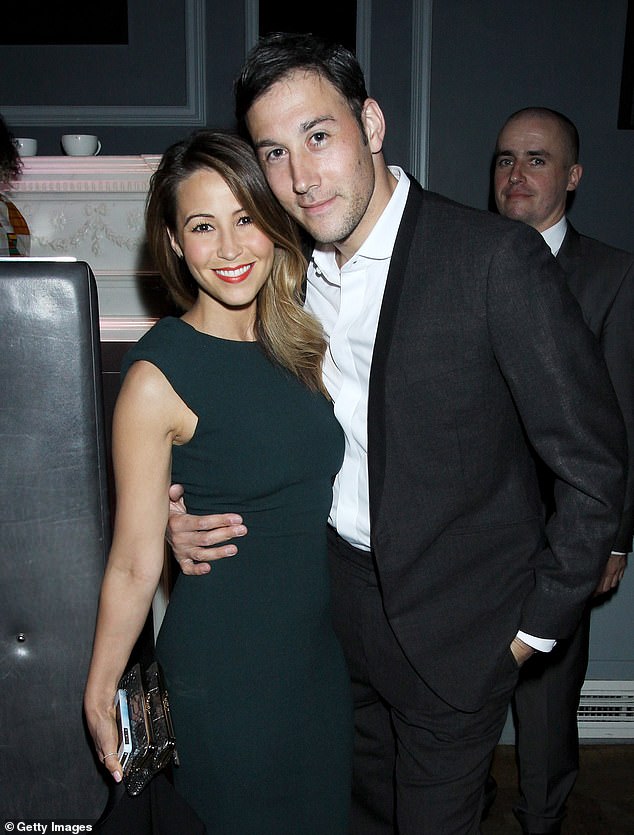 Rachel and Adam announced their shock split at the beginning of July, having tied-the-knot back in 2009.

The singer let her fans know of the sad news via social media, she wrote: ‘I just wanted to share with you all that after time and consideration the difficult decision has been made for Alex and I to separate.

‘While we are no longer partners in marriage, we will remain partners in parenthood to our beautiful girls and continue with love and respect for each other.

‘I feel so incredibly grateful for the life we built together and will now continue to be focused on moving forward united as a family.’ 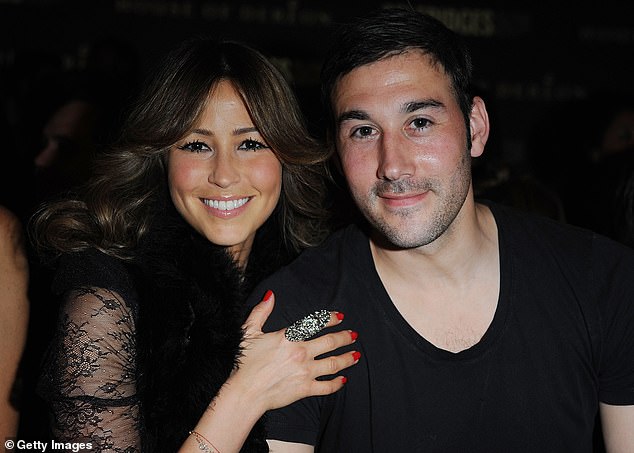 Milestone: The couple were due to celebrate their 13th wedding anniversary this month (pictured in 2011)

The couple were due to celebrate their 13th wedding anniversary this month.

Rachel and Alex, who were childhood sweethearts, married at Claridge’s in London in 2009.

The pair walked down the aisle to S Club 7’s hit Never Had A Dream Come True and her bandmates – Bradley McIntosh, Hannah Spearritt, Jo O’Meara, Jon Lee, Paul Cattermole and Tina Barrett – were there to watch them say ‘I do’.

Rachel recently spoke out about re-meeting her childhood sweetheart, Alex.

The former pop star discussed her defining life moments as she recalled ‘randomly’ bumping into her former boyfriend repeatedly.

Rachel detailed how it was ‘like they were being pulled back to each other’ on Roxie Nafousi’s The Moments That Made Me podcast.

She said: ‘We were childhood sweethearts. We went out with each other when we were 12, we met at youth club and I was besotted with him!

‘We went out for probably about four weeks and when you’re that age that was a really long time!’

The blonde beauty explained how the pair used to be in the same social groups growing up together in North London. 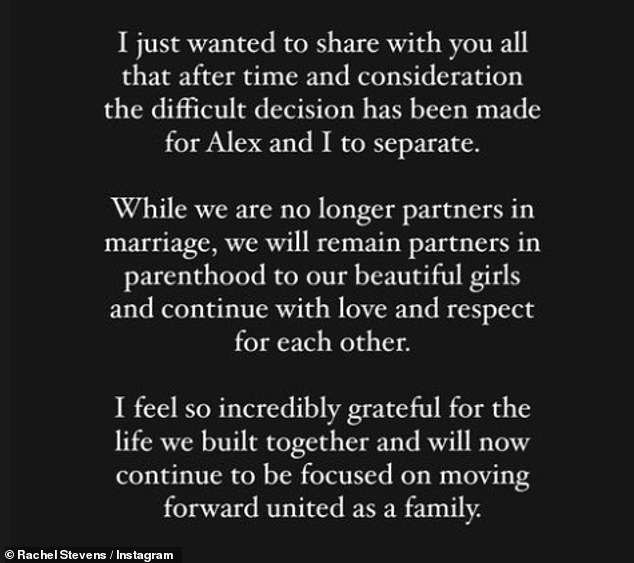 Change: Former S Club 7 star Rachel took to her Instagram Stories to let her fans know of the sad news

‘Years and years later, I was in Selfridges randomly and he walked in and we bumped into each other.

‘We were both in our late 20s and weirdly he said as he was walking in, I know I’m going to see you, he knew he was going to see me…’ 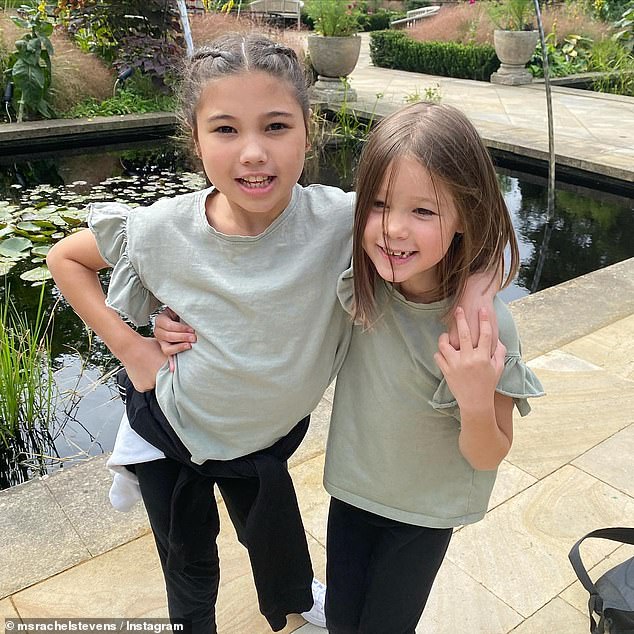 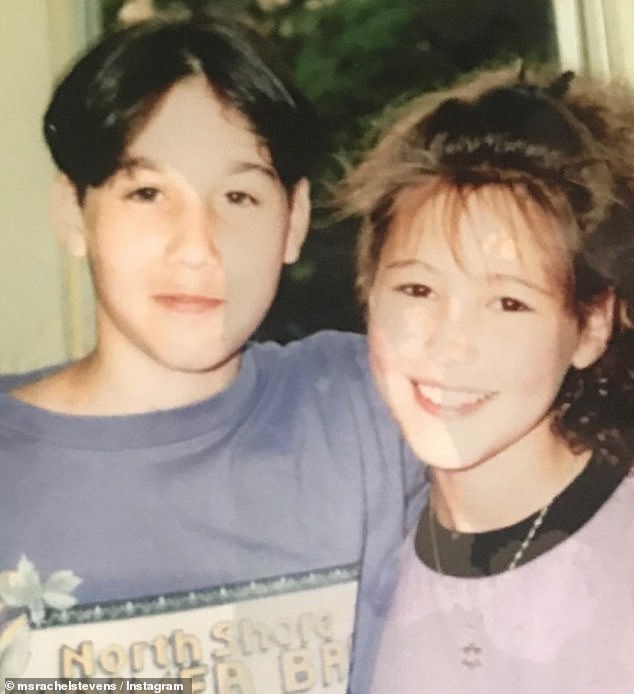 Sweethearts: Rachel said: ‘We went out with each other when we were 12, we met at youth club and I was besotted with him! We went out for probably about four weeks’