They were friends for years before their relationship grew into love, leading them to tie the knot in 2011.

But Rachel Weisz confessed it was never an ‘ambition’ of hers to marry until she met Daniel Craig, in a new interview with ES Magazine.

The actress, 47, revealed she was ‘very independent’ in her youth and had even struggled to watch romantic films, before love just ‘happened’ one day with the actor, 49.

Opening up: Rachel Weisz admitted it was never an ‘ambition’ of hers to marry until she met Daniel Craig, in a new interview and shoot with ES Magazine

Rachel proved her striking natural beauty as she posed for the magazine – stripping to just a bathrobe and sporting minimal make-up in one smouldering shot.

Channeling a more retro vibe, she later changed into an orange and brown roll neck as she draped herself across an equally garish sofa for another stunning shot.

Embarking on an honest chat with the magazine, Rachel reflected on her ‘private’ relationship with James Bond star Daniel – and confessed she never thought she would marry at all. 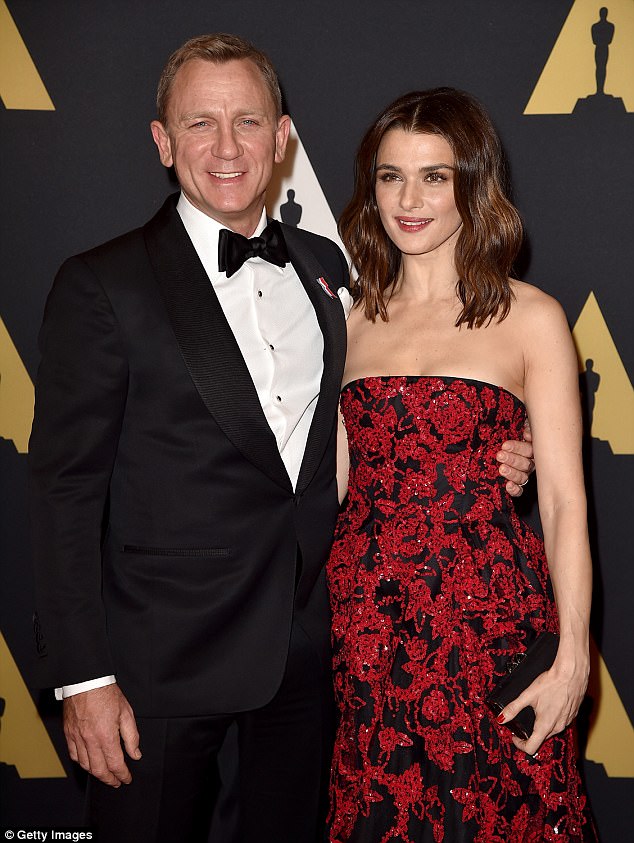 Speaking of their romance, she said: ‘It’s very personal, it’s very private. I don’t think mine’s particularly exceptional apart from that we’re both in the public eye.

‘But I never thought I would get married. It was not an ambition of mine. It was the opposite.’

The star even struggled with the concept of romance in pop culture before Daniel came along, suddenly but ‘happily’.

She said: ‘I couldn’t relate to romantic comedies — marriage seems to be the whole point of them. Then it just happened, happily, at a more mature moment.’ 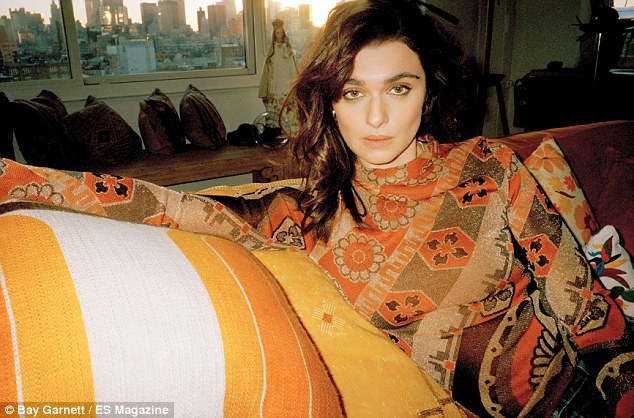 Tight-lipped: Speaking of their romance, she said: ‘It’s very personal, it’s very private. I don’t think mine’s particularly exceptional apart from that we’re both in the public eye’

Daniel and Rachel had been friends for years before they worked together on psychological thriller Dream House in 2010.

Portraying an on-screen couple, they began dating that year and went on to tie the knot in New York in 2011 – but have remained fiercely private about their romance since.

However, the Constantine star added her original views on love had stemmed from a desire for independence as a young girl – which led her to start modelling at the age of 14.

She reflected: ‘I wanted to be very independent, I was trying to earn my own money and, at the time, it seemed quite glamorous, like it would give me access to power or something.’ 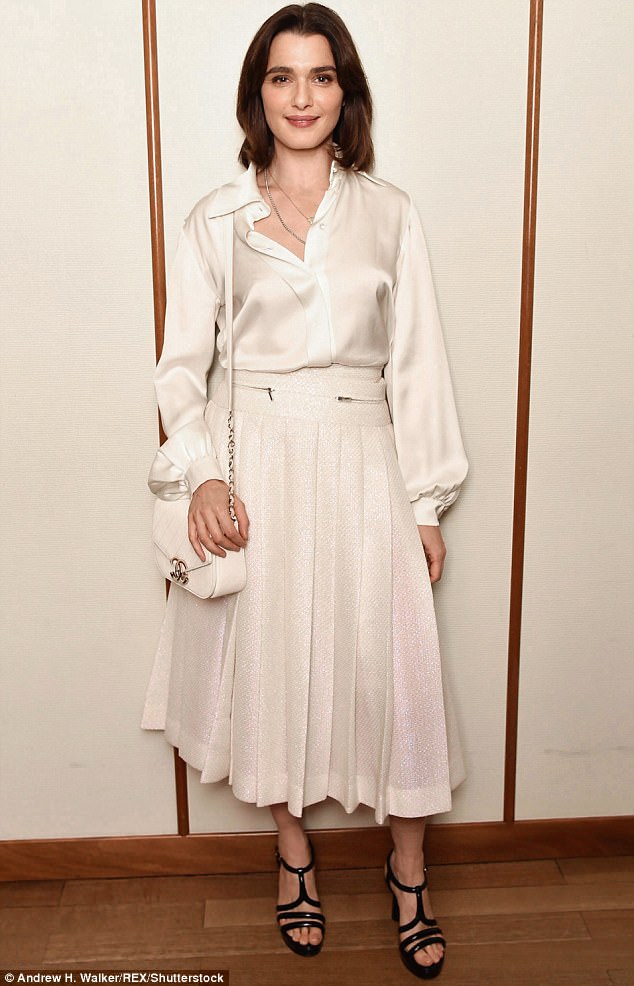 Mature: This desire for independence led her to start modelling age 14, with Rachel stating: ‘At the time, it seemed quite glamorous, like it would give me access to power or something’

Rachel also addressed Hollywood’s recent sexual abuse scandal – and how common harassment is in the industry.

She spoke of her friend and actress Sophie Dix, who came forward last year and claimed Harvey Weinstein had assaulted her aged 22, in a hotel room at The Savoy.

Revealing Sophie has been open about the incident for years, Rachel expressed her belief that figures such as the shamed producer can only be brought down when in a lesser position of power.

Controversial: Rachel also addressed Hollywood’s sexual abuse scandal – expressing her belief that figures like Harvey Weinstein can only be discovered when their powers start to wane

She said of her friend: ‘She would tell anyone who would listen her story, for the last 20 years. And no one seemed to care.’

Before adding of Weinstein: ‘I think his power was on the wane. Same with Bill O’Reilly, same with Charlie Rose [two prominent television news anchors accused of sexual misconduct]. 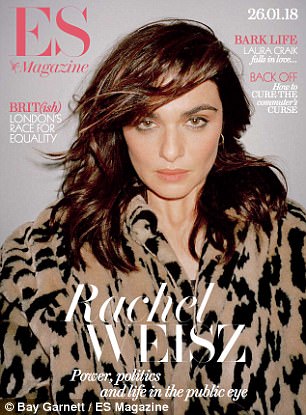 ‘It’s about economics — they weren’t turning over the big bucks any more. That’s not an optimistic thing to say, but this is all about power and money.’

After almost thirty years in the industry, Rachel is showing no signs of stopping – with two big releases in the pipeline for 2018.

The first is Disobedience, which co-stars Rachel McAdams and premiered at the Toronto International Film Festival last year.

The flick, which received positive reviews from critics, is based on the novel of the same name by Naomi Alderman, and follows a Rabbi’s lesbian daughter who returns to her Orthodox Jewish community in London after years in New York.

She also stars alongside Colin Firth in The Mercy, which tells the story of Donald Crowhurst’s attempt to complete the Sunday Times Golden Globe Race in 1968, which results in disastrous consequences.

The project began filming back in 2015, and will finally be released in UK cinemas next month. 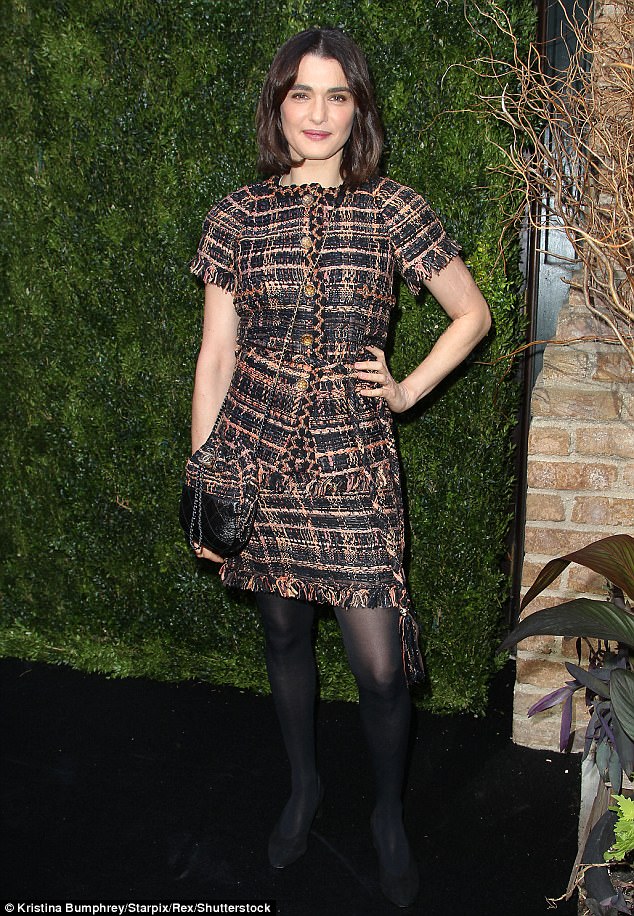 Busy bee: Rachel has two films in the pipeline for 2018 – Disobedience and The Mercy, co-starring Colin Firth (pictured in October 2017)