Rachel Zegler showed off some skin while posing for photos before the premiere of a new Broadway musical titled Six.

The actress, 20, wore a black dress with spaghetti straps that showed off quite a bit of her neck and upper chest. Her dress was slit down the leg, revealing some of her long limbs as well.

Later this year she will star as Maria in Steven Spielberg’s splashy new take on the classic film West Side Story.

Taking in a show: Rachel Zegler attended the premiere of the new musical Six on Broadway

The actress wore her hair down, and she had fiery red lipstick on. Her nails were painted a similar color.

Zegler’s appearance at the premiere isn’t surprising given how her career has taken off of late.

The New Jersey native will appear as Maria in West Side Story which is set for release in December. She won the role in a Twitter casting call over 30,000 other applicants. 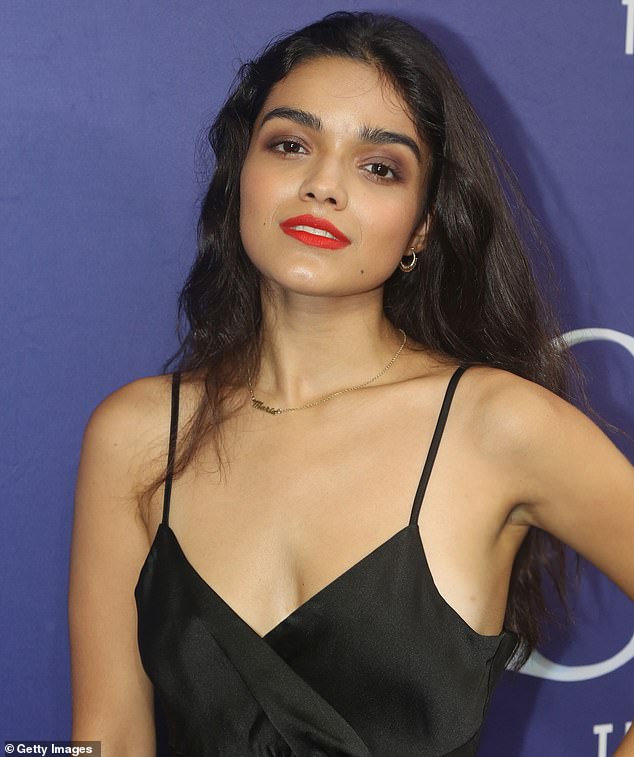 That’s our Maria: The actress, 20, will take on the role of Maria in West Side Story which is set to be released in December 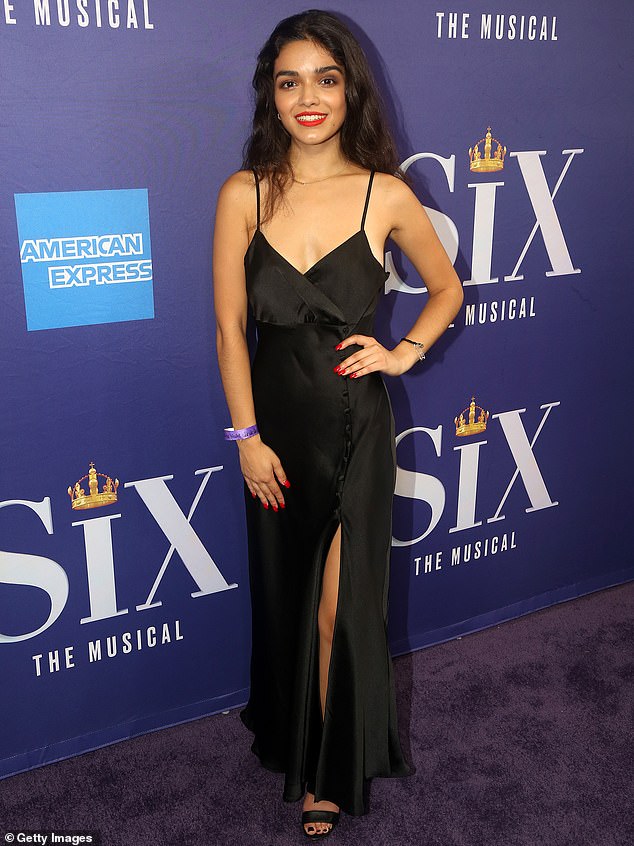 Twitter audition: Zegler sent in a video on Twitter for the casting call, and she won the role over 30,000 other hopefuls

After getting the role of Maria, the starlet got offers to play roles in other big budget films as well.

For example, she will play a major role in Shazam: Fury of the Gods which is scheduled for a 2023 release. She will also play the iconic role of Snow White in the live-action adaptation of the 1937 Disney movie.

While her career is taking off, Zegler’s personal life has been much quieter recently. 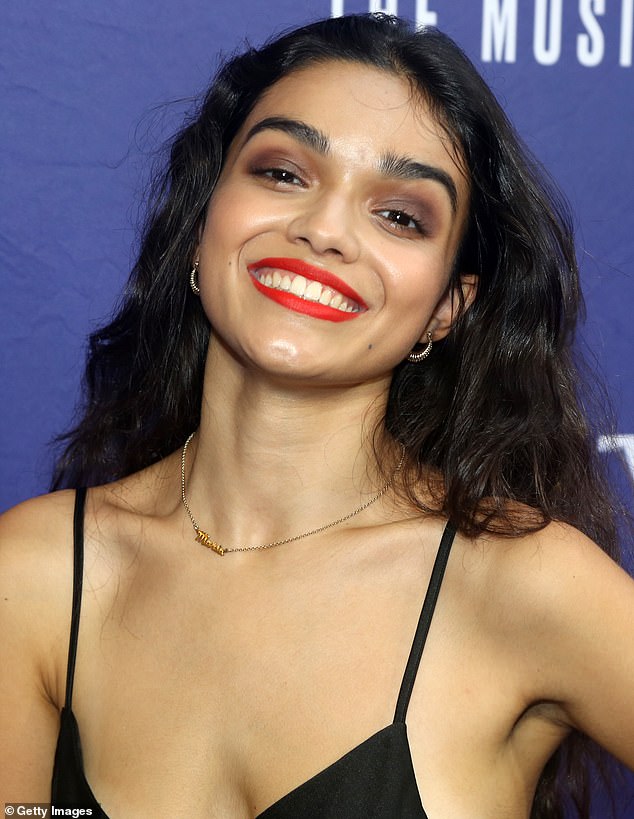 Zegler on the rise: Since winning the role of Maria, the actress’ career has really taken off. She will also appear in Shazam: Fury of the Gods and in the live-action Snow White 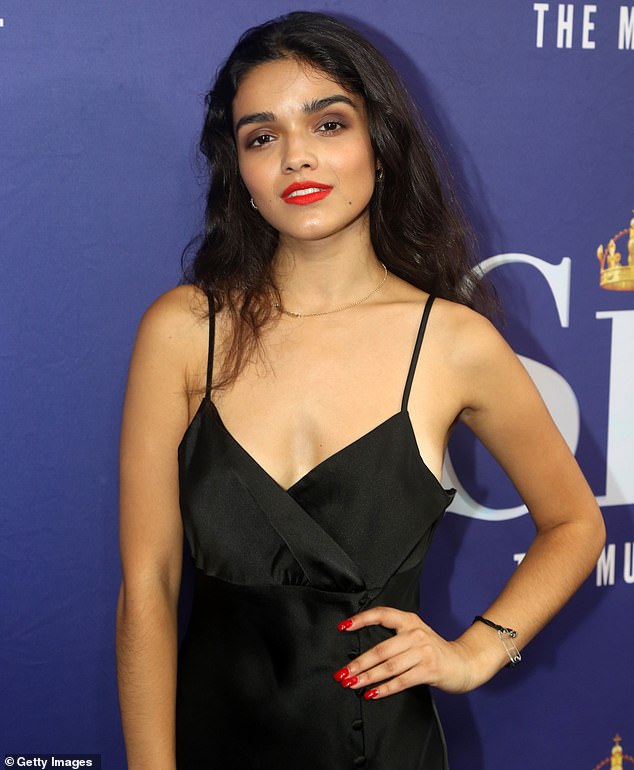 Not much happening personally: The actress isn’t currently dating anyone though some have accused her of trying to take Ansel Elgort away from his longtime girlfriend

She is not currently dating anyone though fans did accuse her of trying to steal Ansel Elgort away from his longtime girlfriend Violetta Komyshan in 2019.

The actress posted a tribute to her West Side Story co-star on Twitter that read, ‘There really aren’t enough words to describe the pride i have in ansel’s growth and beauty and literal magic he possesses on screen and off. Falling in love with him was easy. Happy wrap mi amor; catch ya on the fire escape sometime soon.’

Fans called the star a ‘homewrecker,’ and all of the negative attention led to Zegler taking a break from social media.

At the time she wrote, ‘The fact that i have to say something is absolutely absurd. But the DMs and the name-calling and throwing around the word homewrecker over me expressing genuine love i have for my coworker is heartbreaking and i don’t want any part of it. So peace for now, i guess. Be nice.’ 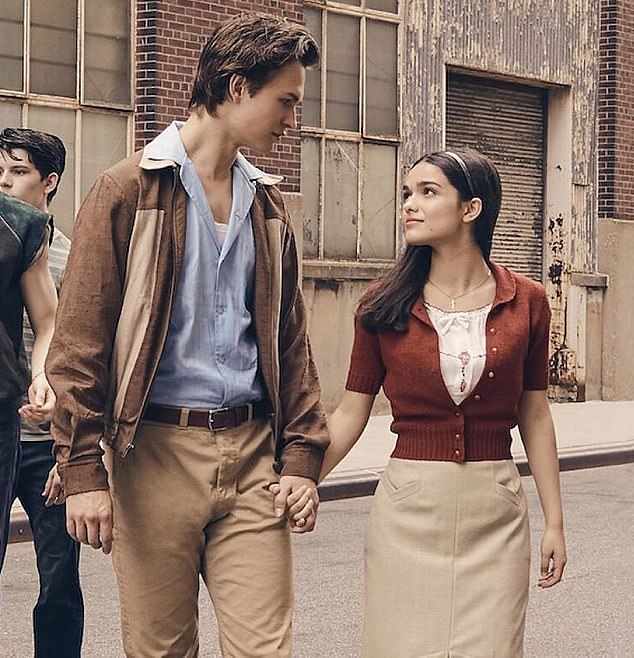 Just friends: Zegler gushed about her co-star in a tweet but later said that they are just friends and co-workers. She also said it was ‘heartbreaking’ to be called a homewrecker