Rachelle Rowlings seems to have a perfect life – she has two adorable children, a doting husband, a beautiful home and an enviable wardrobe.

But the young Sydney mother has made a hilarious comparison between herself and singles – and her life seems far from glamorous.

Penning a tongue-in-cheek open letter to people without children, the stylish 31-year-old revealed her honest take on parenting.

Here, she offered an insight into her busy schedule caring for her toddler son Roman and newborn daughter Rumer.

‘To dear people without kids. I no longer remember being you,’ she said on Instagram.

‘Even when Facebook throws me back to Supre cargo shorts circa ’02, when passion pop was life, skin was dewey and 30 year olds were pensioners.

‘I still don’t remember you.’

She admits she envies people who don’t have children of their own when she stumbles across them while he kids are being mischievous.

‘I begrudgingly look at you while driving my sensible people-mover,’ she said.

‘Roman spraying milk onto the roof trying to catch the falling drops with his tongue and Rumer auditioning for the next Scream installment.

‘And I see you – actually sitting to eat, ordering scolding hot drinks that sit a centimetre from the edge and eating foods you have to use utensils for.

‘I hear you talking about [American rapper] Cardi B thinking it was a new type of gym exercise and how you use Snapchat for actual videos not just filters.’ 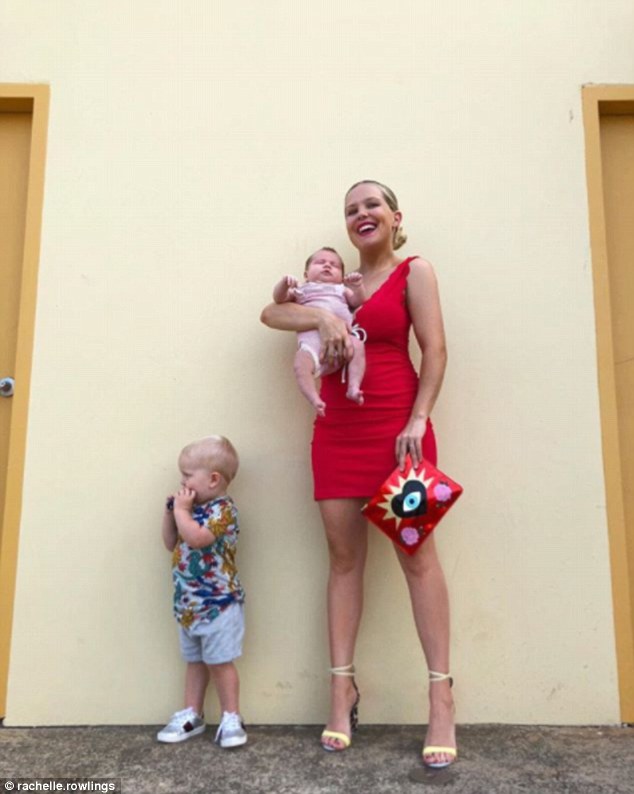 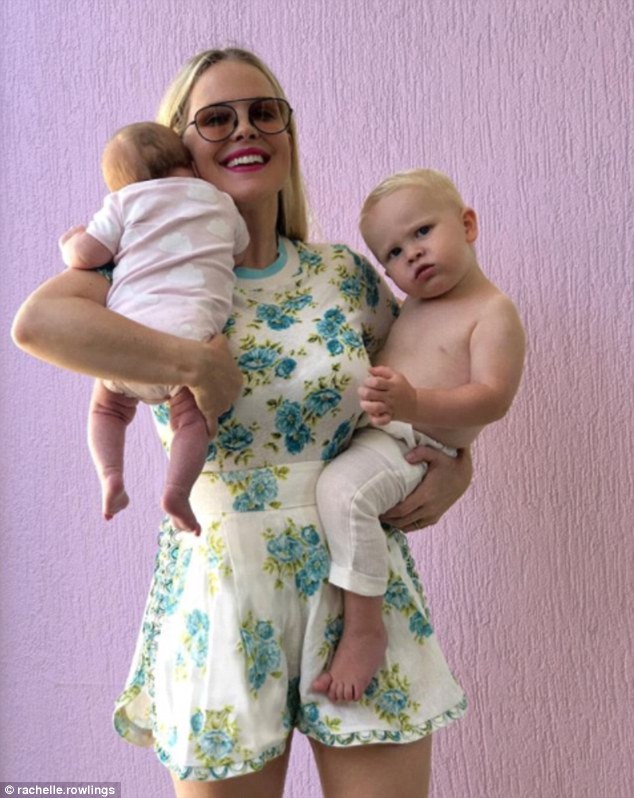 Penning a tongue-in-cheek open letter to people without children, the stylish 31-year-old revealed her honest take on parenting

Rachelle went on to share the brutal reality of motherhood – a stark contrast to people without children.

‘I see you look over at me with pity in the Woolies dairy aisle while I’m violently forcing the dummy I dropped onto the sticky patch into my screaming newborns mouth and my toddler, now pant-less is sampling a six pack of Yakult,’ she said.

‘I notice that you don’t make life long friends with people who are in healthcare queues with you and that you actually enjoy leaving the house.

‘Whisper sweet nothings in my ear about what it’s like showering alone and how it feels to watch a movie without subtitles.

‘I notice your perky a** fills out your gym pants nicely and don’t gather like a runny turd around a steep ravine mum bum – oh and look you have shellac on all of your fingers, not just the special few. 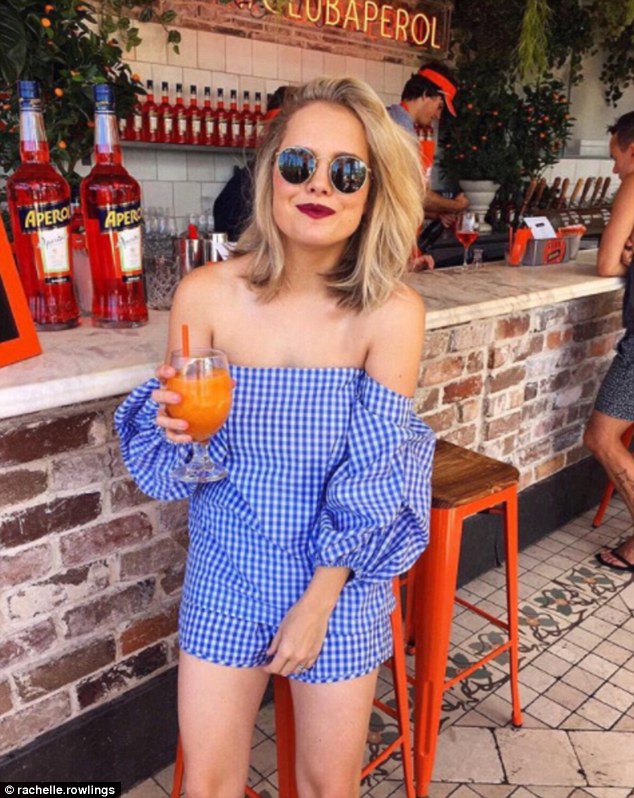 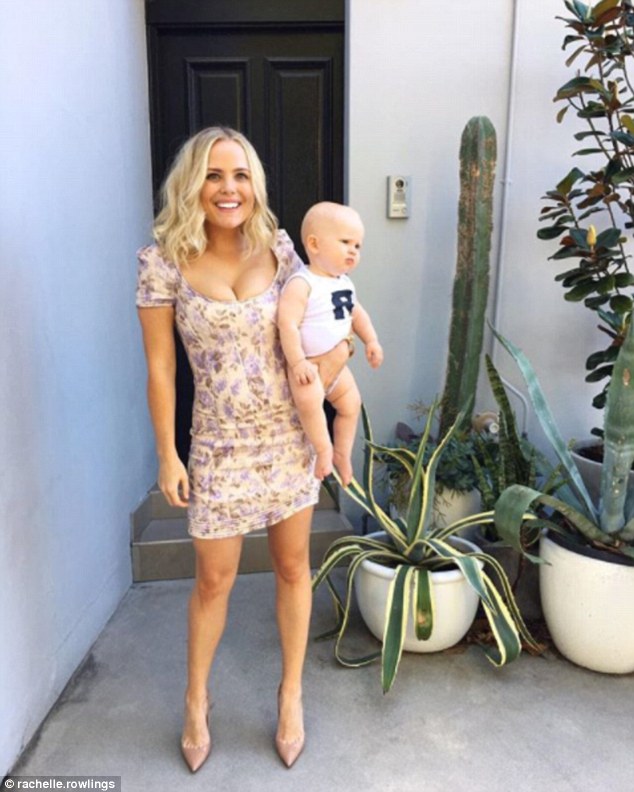 Despite her less glamorous lifestyle, Rachelle wanted to remind people that they will one day become parents too

‘I see that your handbag holds only three items not several teethers, scrunched up GP/Physio and Pediatrician referrals, two half chewed Ritz and three unbuilt Kinder Surprises.

‘A life where if MySpace were still around your top friends would be sleep, maintained false eyelashes, eating with chopsticks & being awesome while mine would be Dettol wipes, Baby Bunting, dropped food and sensible shoes.’

But despite her less glamorous lifestyle, Rachelle wanted to remind people that they will one day become parents too.

‘Know this – one day your nose will be picked by someone else,’ she said.

‘You’ll have enough under boob sweat to fill a 2lt Evian and a decent nights sleep would be 22 mins without waking up from nervousness.’