A record number of jockeys have tested positive for cocaine this year, after racing legend Willie Carson’s grandson joined the list.

Sportsmail can reveal that the positive sample from William Carson at Lingfield in March brings the total so far in 2019 to four, exceeding the one failed test from 2018.

Carson, 30, whose grandfather was champion jockey five times and went on to broadcast for the BBC, has been charged by the British Horseracing Authority (BHA) and is due to appear at a disciplinary hearing in London on Thursday morning.

A judgment will be given on Thursday on whether he breached the BHA’s strict drugs rules when the banned substance benzoylecgonine, a metabolite of cocaine, was found in his system on March 27.

Carson has not ridden since April 1, after the suspension of his jockey licence pending the hearing. If he is found in breach, a six-month suspension would be the most likely punishment, most of which would have already been served.

Carson, who won the Ayr Gold Cup in 2008 and has ridden more than 400 winners, was arrested in 2017 on suspicion of assaulting a woman and has been caught drink-driving twice. He was sacked by trainer Jamie Osborne as a result of the assault allegations.

The BHA’s figures show that around 300 urine tests were conducted between January and mid-August, in addition to more than 1,800 breathalyser tests. There were two alcohol positives.

The three other jockeys known to have tested positive for cocaine this year are Peter Bryan, who tested positive at Perth in April, and Kevin Lundie and Callum Rodriguez, who both tested positive at Southwell on the same day in February. There is no suggestion that cocaine is performance-enhancing in racing.

Although the BHA’s records for positive tests only go back to 2005, it is considered likely that this year’s tally is the highest since drugs testing in British racing began in 1994. 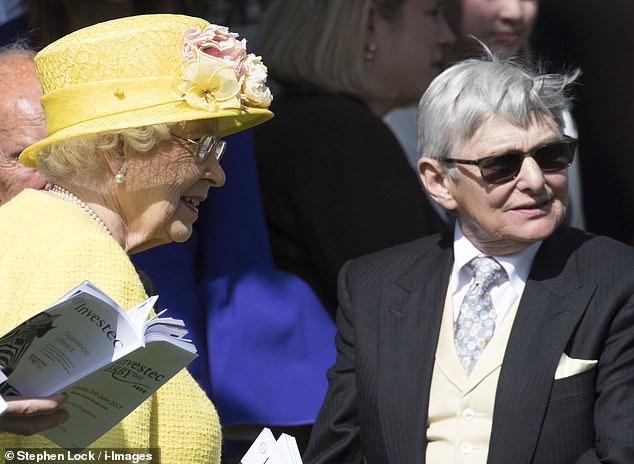 Carson is the grandson of racing legend Willie, pictured with the Queen at Epsom in 2017

A BHA spokesman said: ‘The safety, health and welfare of all our jockeys is paramount and we take a strict approach to substances that may impair judgment when riding in races or in training.

‘We are working with riders, through the Professional Jockeys Association, to understand the reasons behind the increased number of positive tests, also reflected in other sports and wider society, and how we might support jockeys with better education and information.’