This is the repulsive moment a racist woman verbally attacks an elderly Filipino couple in Vancouver, Canada.

The incident occurred on August 21 on a Canada Skytrain going to Burnaby when a 75-year-old woman told a couple speaking their first language to lower their voices.

The couple then apologized saying they were used to speaking loudly because they were from the Philippines but the woman still launched racist comments toward them.

In the video, the woman can be heard yelling ‘Go back to the f*****g Philippines.’

In response a passenger says, ‘Don’t say that.’

The racist woman then snaps, ‘No, I’ll say what I want.’

A teenager tells the woman to ‘Get the f**k off the train,’ and continues with the statement, ‘You’re racist.’

The woman then says she’s not a racist and only asked them ‘to talk a little lower.’

She also insults the teen after he tells her she has a problem. 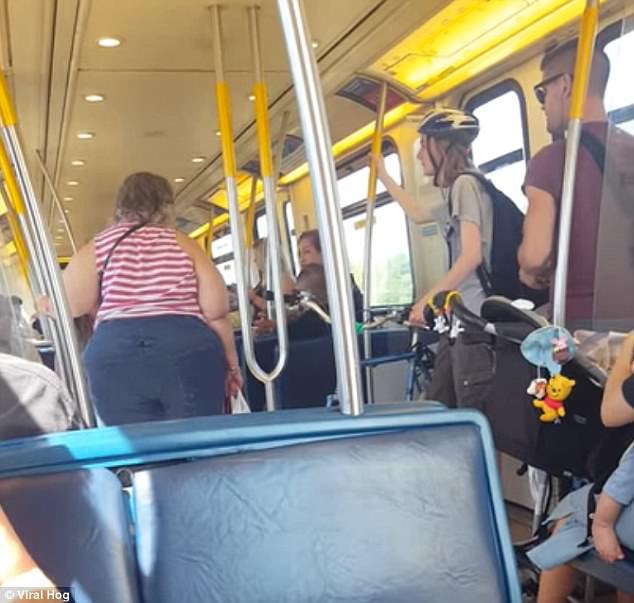 She eventually gets off the train, but not before ridiculing the couple again.

The video has since gone viral on social media and caught the attention of Metro Vancouver Transit who are now investigating the incident, according to Inquirer.net. 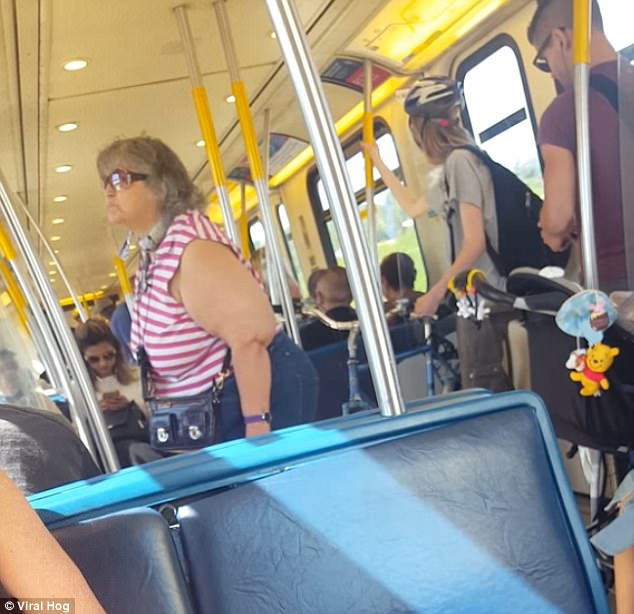 The woman then verbally attacked a teenager who defended the couple. She says: ‘I have a big fat ass and a brain, much more than you have little boy’

Passengers apologized to the couple for the woman’s behavior, a witness said.

The witness then added that although unfortunate, it is possible for situations like this to happen in the ‘very place we call our home’.

The couple did not want police involvement after the incident and will interview the witnesses who took the videos, according to Inquirer.net.

Police also identified the culprit as someone with documented with anger-related issues. 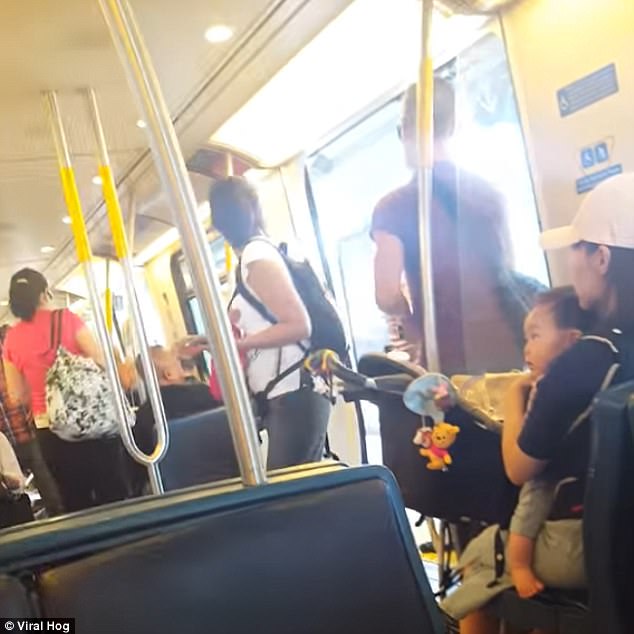