A film adaptation of a hit book based on One Direction fan fiction, with the main character inspired by Harry Styles, has been slammed online for promoting abusive relationships.

After, which will arrive in cinemas in April 2019, follows the story of American college girl Tessa who falls for tattooed British bad boy Hardin who is ‘rude to the point of cruelty’, after moving into her freshman dorm.

As well as encouraging her to start drinking and take drugs, the couple have a tumultuous relationship in which he grabs her by the arm during arguments and tells her: ‘I want you, and I should be able to have you whenever I want to.’

‘He removes one of his hands from my wrists but his other hand is large enough to hold both. For a second I think he may slap me,’ she says.

The film is based on bestselling books by Anna Todd, 29, from Ohio who landed a publishing deal after publishing her One Direction fan fiction online, with Harry Styles inspiring Hardin the central character.

After the trailer for the film was released earlier this week, fans took to Twitter to voice their concern, with one claiming the movie ‘perpetuates the image that an abusive relationship is “more interesting” than a healthy one.’

After, which will arrive in cinemas in April 2019, follows the story of American college girl Tessa and British ‘bad boy’ Hardin, and is adapted from hit books based on One Direction fan fiction 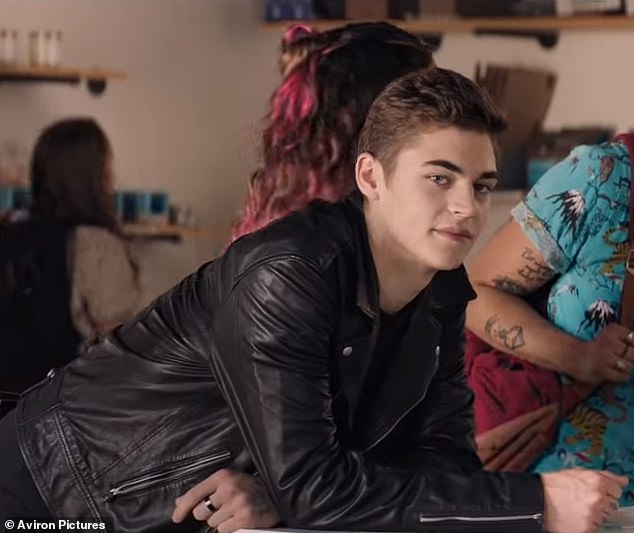 Commenters claim that Tessa’s relationship with Hardin (pictured) is emotionally abusive and perpetuates the myth that normal, healthy relationships can’t be interesting or fulfilling 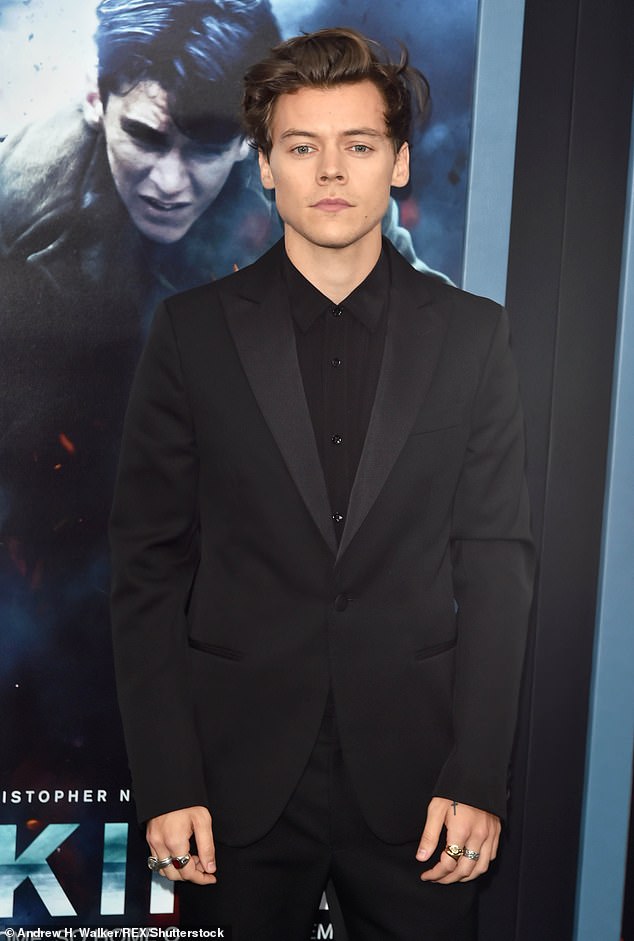 After started out as One Direction fan fiction published online by Anna Todd, 29, from Ohio, who based Hardin on singer Harry Styles

After originally started off as One Direction fan fiction written by Anna Todd, 29, from Ohio.

She uploaded it to the online platform for ebooks, Wattpad, where her chapters have been viewed 1.6 billion times to date.

Just like author E. L. James, whose Twilight fan fiction became the Fifty Shades of Grey publishing phenomenon – her work was picked up by Simon & Schuster

Published in 30 languages, the After series was a New York Times best-seller and a number one bestseller in Italy, Germany, France and Spain.

Now it’s been turned into a film by Paramount Pictures, but some are concerned about the influence on a whole new audience.

The author herself previously defended the books in a now deleted tweet from 2013, in which she wrote: ‘I never said it was healthy. I’ve never read a story where the relationship is healthy, that’s the point of entertainment.’

However, that argument hasn’t gone down well with some who are concerned by the way Harden chases Tessa and then drops her, lies to her, and then cajoles her into sex.

In one scene in the film, an angry Hardin smashes up the bedroom with a guitar following an argument with Tessa

In the film, Hardin chases Tessa and then pushes her away before cajoling her into sex after furious arguments

One scene sees him smashing up his room with a guitar, while Tessa admits to fearing his constant mood swings.

‘I expected him to barge through the door and break things while screaming at me. Instead I am granted with his silence, which turns out to be much worse,’ she says in one scene from the books.

‘He is literally mentally abusive in the relationship,’ a Twitter commenter wrote. He harasses and humiliates his girlfriend’.

Another added: ‘I just don’t want this kind of romance to be normalised, it’s messed up.’