Radio star, 45, desperate for a baby after three miscarriages wants to use her ex-partner’s sperm to have a child – despite being ‘head over heels’ in love with a new man

A radio personality has opened up about her difficulties conceiving despite multiple bouts of IVF and the recent revelation her ex partner may be her only hope at being a mother.

Brisbane based radio presenter Bianca Dye froze 13 eggs and two embryos with her former partner – who she has chosen not to name.

After three miscarriages and six rounds of costly and traumatic IVF treatments in eight years, Dye has now exhausted all of her eggs.

Most became ineligible for use during the thawing process, while the ones that did initially take didn’t survive conception, she told The Courier Mail.

She has two embyos remaining in Monash IVF in Sydney – but now faces the difficult task of seeking permission to use them and weighing up her options.

The embryos are shared with her ex partner, meaning he has to agree to let her use them.

Her new partner Jay Sandtner – a father of four himself – initially struggled with the prospect.

‘Jay was totally against it at first… if he and I had a baby with my ex’s emryo, it would be full time – my baby with Jay. Would my ex want to meet the baby? I imagine he probably would, but then what about custody issues?’

Mr Sandtner has joint custody with his ex partner of his five-year-old daughter Madi, and Dye said sometimes she wishes the little girl was hers. 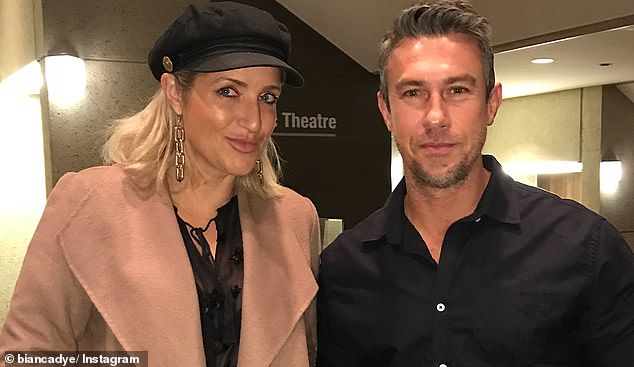 ‘I look at these women in their 30s who are pumping out babies with ease and I think, ”oh, why not me?”,’ she said.

Dye said she knows these embryos may be her final shot at conceiving a baby that is biologically hers, and has no doubt her ex partner will see her plight in the media.

She said her biggest fear is that he will refuse the process, but that even if he agrees she is then faced with the challenge of finding out whether the embryos are viable for life.

After a long and successful career in the media, Dye said it took her a long time to realise she even wanted kids. 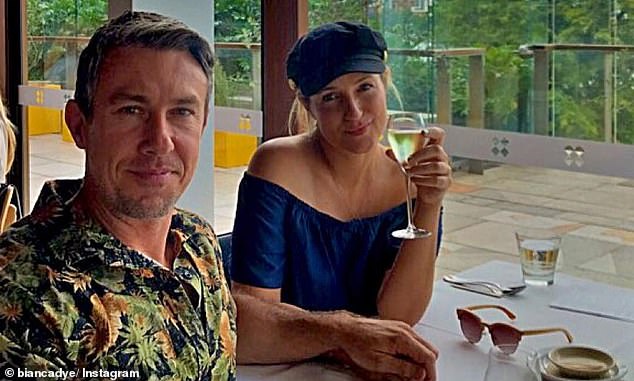 Dye hopes that by speaking out about her plight, and her depression afterwards, she may be able to help other women in her shoes

Her first miscarriage ‘tore her heart out’, and left her feeling ‘shocked at how devastated I was’.

‘When the doctor said, ”I’m so sorry, there’s no heartbeat”, it was like someone ripped my own heart out,’ she said.

Dye hopes that by speaking out about her plight, and her depression afterwards, she may be able to help other women in her shoes.

She said simply by being open and honest with her listeners, she received an influx of women sharing their own stories about miscarriage, giving birth to stillborn children and the stigma of depression and alcoholism.