Radio star Ray Hadley has signed an eye-watering $24million deal to stay on-air after speculation he would replace Alan Jones in the top 2GB breakfast slot.

The pay increase came amid a secret meeting with Macquarie Media bosses last year where they discussed sacking Jones from his slot to promote Hadley.

The salary raise is yet to be confirmed by Hadley or Macquarie CEO Adam Lang, who did not respond to calls from News Corp.

Hadley is now understood to earn the same as Jones but his new deal lasts four years longer.

Steve Price, who is set to be 2GB’s new afternoon host, will also be handed more cash following the failed plans of a promotion.

Hadley and Price will need to wait until Jones’s $8million contract expires in two years for the promotions they were reportedly promised.

Nine are also encouraging bosses to search for an opportunity where an established female presenter could earn a slot on the radio station. 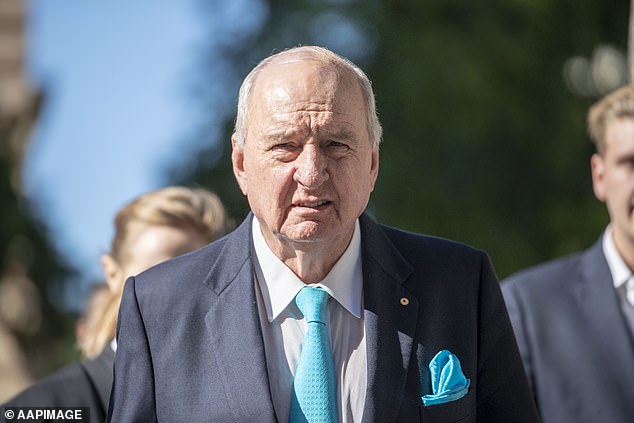 Plans to axe Jones (pictured) reportedly fell apart during Nine’s acquisition of a stake in Macquarie Media, as Nine fought to keep Jones on air for breakfast