Radja Nainggolan has dampened the hopes of any potential buyers by insisting his future lies with Roma after Atletico Madrid boss Diego Simeone heaped praise on the Belgian.

Simeone’s side piled the pressure on Roma with a 2-0 victory on Wednesday night, leaving the final Champions League last 16 spot from Group C up for contention.

However, as well as singing his side’s praises after the crucial victory, according to Four Four Two, Simeone went on to describe Nainggolan as ‘extraordinary’, which was quickly accepted and brushed aside by the Roma captain.

‘These are lovely words, but I am focused on Roma,’ he said.

‘I think I made the choice I was happy with last year and the year before. I am happy to represent this team, I live happily off the field and I see absolutely no reason to change that.’

Nainggolan has been the subject of interest by Chelsea and Manchester United in the summer. Interest that was swiftly put to an end by the Serie A side, by securing a new four-year deal for their captain. 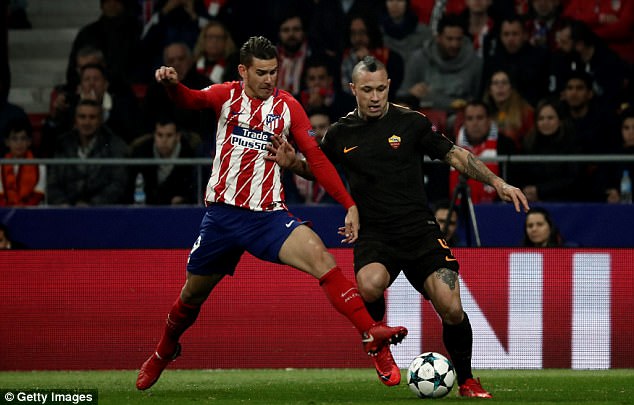 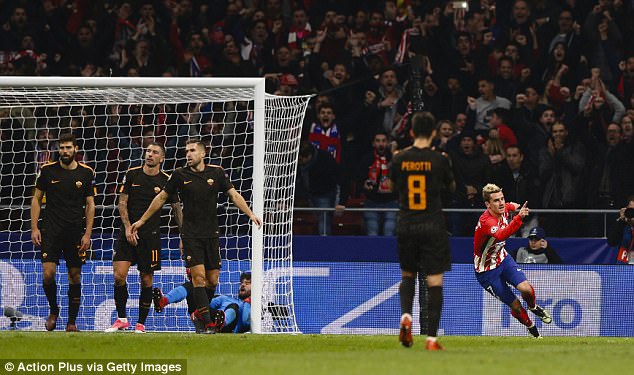 ‘It’s an honour for me to wear the armband, following the likes of Francesco Totti, Daniele De Rossi and Alessandro Florenzi,’ he added.

‘Whether I wear the armband or not, I have it within me and feel the desire to always give something more on the field for my team.’

However, while Nainggolan’s future is secured, Roma’s Champions League future is not. The Italian’s will need to get a result at home to the Qarabag in their final group match, while Atletico travel to Stamford Bridge to face Chelsea. 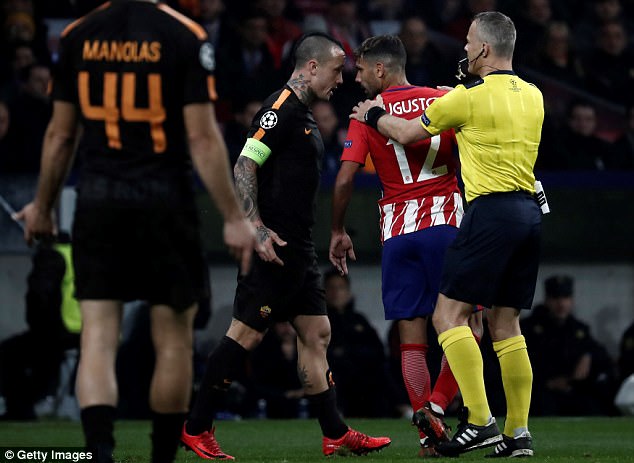 Despite the added pressure that comes from Wednesday’s defeat though, Football Italia reported that the Belgian felt being second in the group is a bonus for Roma.

He added: ‘At the start of the group, who would’ve said we’d be playing Qarabag at home with the possibility of getting through? So we have to give our all against Qarabag and book our place in the next round.

‘Atletico really needed the victory and were pressing us high, but we can learn from this along the growth process.

‘We are still in the running and perhaps this was a sign to make us roll our sleeves up and knuckle down.’