RAF Typhoons and Tornados take out ISIS jihadis in Iraq

New footage captures the moment RAF fighter pilots take out a truck carrying ISIS jihadis in Iraq as part of an onslaught which liberated a province from the terrorists.

British Brimstone missiles were blasted at the vehicle shattering it into a thousand pieces and killing the extremists inside.

The devastating blow was part of an onslaught by the British airforce which helped the Iraqi military liberate the northern town of Tal Afar from the Islamic State.

The video, released by the Ministry of Defence today, shows fighter pilots drop the precision rockets on the truck as it winds its way through streets in northern Iraq.

The missile locks onto its target far below and then fires down on it, blasting it apart.

A squad of two mixed pairs of RAF Tornados and Typhoons carried out two strikes on two pick-up trucks last Monday in support of Iraqi ground troops moving in on the city below.

The RAF followed up one the successful attacks with a series of other air raids to drive out the barbarous Islamic State from Northern Iraq.

While Tornados bombed two groups of terrorists spotted on foot to the north-east of Tal Afar.

And a mixed flight used a Brimstone to destroy an armed truck hidden under a building’s overhang on the western edge of the city. 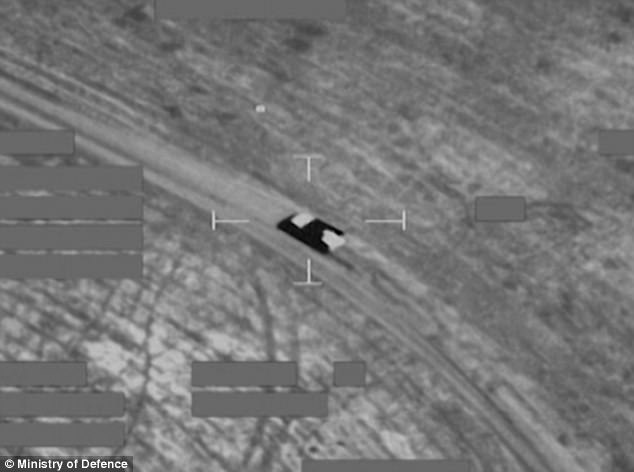 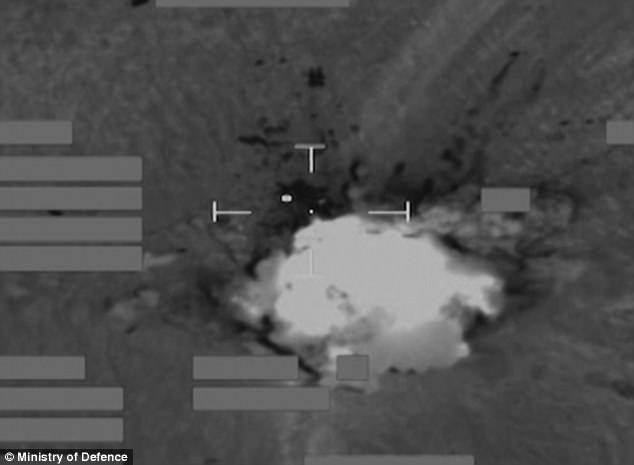 RAF Brimstone missiles were fired at the truck, blasting it apart in the strike 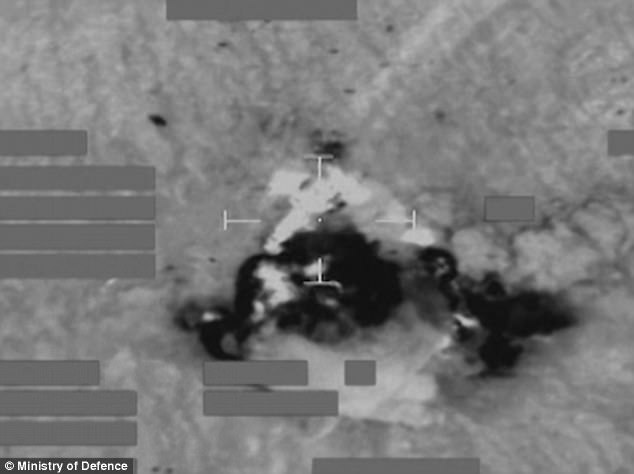 The truck was torn apart by the blow, killing al of the terrorists travelling inside it

The following day, Tornados and Typhoons struck a further four positions in Raqqa with Paveways, including a sniper and a machine-gun team.

Britain’s air power has been crucial in helping  to pummel IS forces and drive them out of Tal Afar, which was fully liberated today in a major blow to the Islamic State, also known as Daesh.

Hailing the moment, Defence Secretary, Sir Michael Fallon, said: ‘I congratulate Prime Minister Abadi, and all of the Iraqi Security Forces who are fighting on the ground with great bravery and care to end Daesh’s barbarous presence in Iraq.

‘While the Iraqi forces and the Coalition have ended Daesh’s control in the Tal Afar area, the task is not yet done.

‘The UK will continue to support the Iraqi Security Forces in their efforts to finally clear Daesh from their country.’ 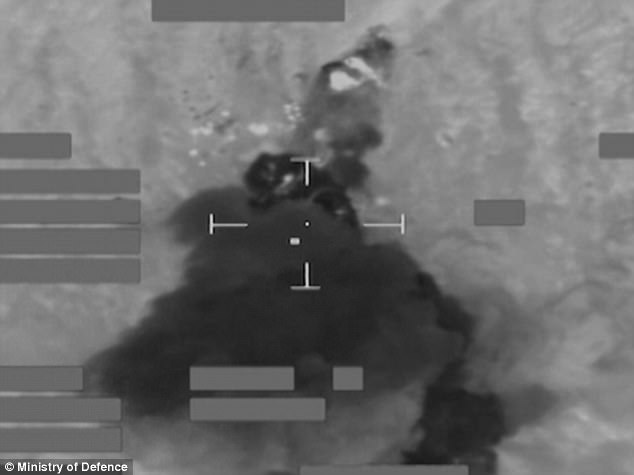 The pick-up trick was destroyed in the air raid, while other ISIS fighters were killed in a series of other RAF strikes in northern Iraq over the past fortnight 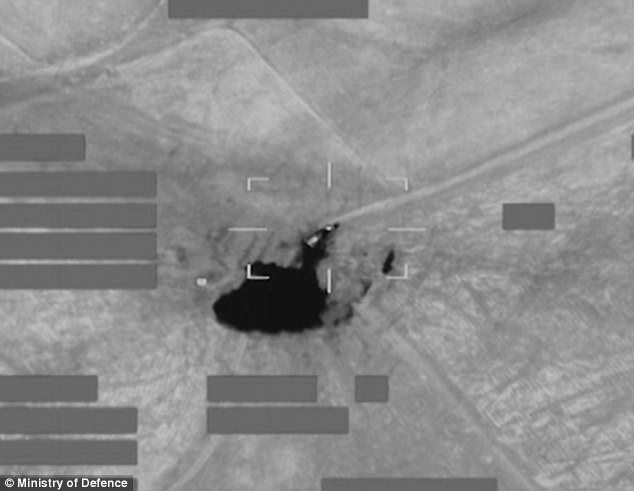 The Iraqi Prime Minister today announced that Tal Afar has been ‘fully liberated’ from Islamic State.

Iraqi forces, helped by British air strikes, have had the extremists on the run shrinking their so-called caliphate.

Prime Minister Haider al-Abadi said his troops had ‘eliminated and smashed’ the militant group in al-Ayadia district, north-west of Tal Afar, where they had fled last week.

And he warned the terrorists that they face a simple choice ‘death or surrender’ as they are driven out of towns they had seized.

He said: ‘To Daesh criminals we say: Wherever you are we will come to liberate and you have to choose only death or surrender.’

With the fall of Tal Afar, all of Ninevah province is ‘in the hands of our brave troops’, he said.