Rafa Benitez backs Steven Gerrard to be a successful manager

‘He has passion, he’s honest… he will be fine’: Rafa Benitez backs his former Liverpool captain Steven Gerrard to be a successful manager

Steven Gerrard has what it takes to carve out a long career in football management, according to Rafa Benitez.

Gerrard was Liverpool captain under Benitez for six years, winning a Champions League title in 2005 and the FA Cup.

Though Gerrard is still waiting for his first piece of silverware at Rangers, following the League Cup final defeat by Celtic, Benitez is confident the 39-year-old has what it takes. 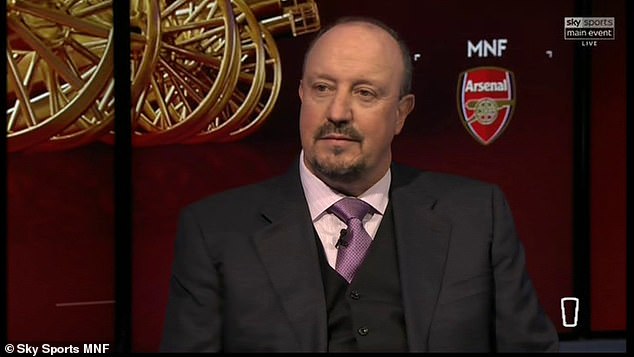 ‘I was in contact with him sometimes and I think he is doing well already. (Carragher) knows better than me but I think he likes football’, he said on Monday Night Football.

‘He has passion, is honest and I think he will be fine. Win a lot of trophies? You never know. Why do they fire so many managers now?

‘Only one can win the Premier League or win the Champions League. Stevie will be a good manager, but can he be successful and win trophies for a long time? You never know. 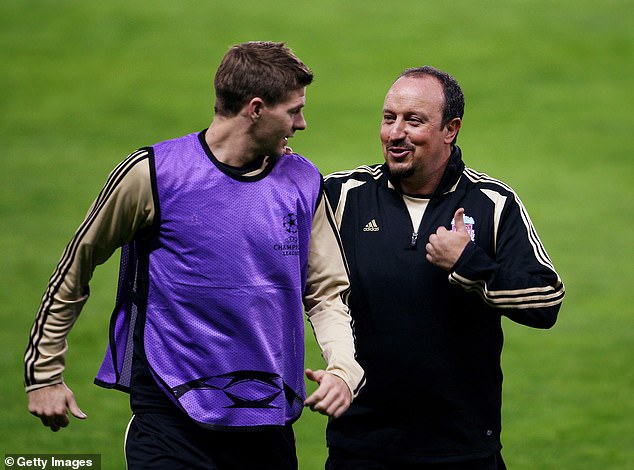 ‘If he has another team like Manchester City or Liverpool at this time, you can be second.’

Rangers finished second in the league in their first season under Gerrard last year.

This season they find themselves just two points behind leaders Celtic in the table after 15 games.