‘I think he can be a great manager… he is already doing well’: Rafa Benitez backs Steven Gerrard to take charge of Liverpool in future following impressive start at Rangers

The Rangers manager has already cemented himself as an all-time great at Anfield and now his former boss thinks his record so far as manager shows he will one day be capable of returning to his roots.

Benitez and Gerrard spent five successful years together as manager and captain at Liverpool, winning four tropies including a memorable Champions League title in 2005.

Current Liverpool manager Jurgen Klopp has already identified Gerrard as his successor to the Liverpool job once he leaves.

Now Benitez thinks the ex Reds skipper, who has already coached Liverpool at youth level, has the credentials to one day take the hotseat at Anfield.

The Spaniard told The Athletic when quizzed on the claims of the Reds legend to a coaching post in familiar surroundings: ‘I think he has the potential to be a good manager.

‘As he said in one interview, he was lucky enough to have different managers and from different countries, which is always good for your development. 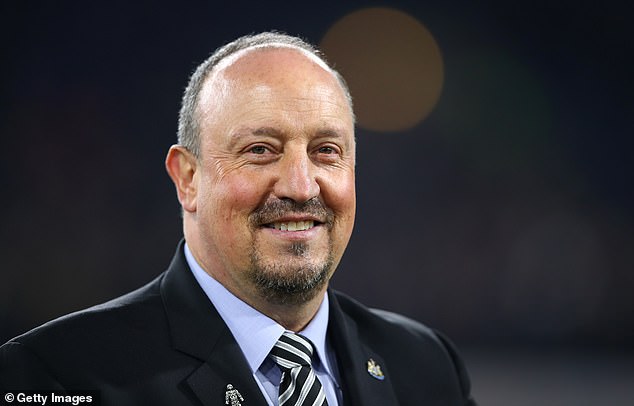 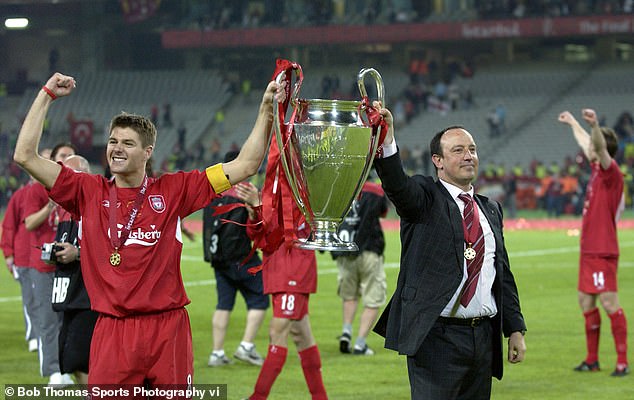 Benitez and Gerrard won four tropies together, including the Champions League in 2005

Benitez and Gerrard at Liverpool

Gerrard has so far impressed in his step into management, reinvigorating Rangers’ bid to once again challenge Celtic at the top of the Scottish Premiership in his debut season at the club last year.

This season the Gers have won five out of six games in the league and succesfully qualified for this season’s Europa League.

‘I think he can be a great manager, he is already doing well, but only time will say how good he will be,’ Benitez said on Gerrard’s performance as manager so far.