Rafa Benitez has insisted that he didn’t join Chinese Super League side Dalian Yifang for the money and that he has in fact received more lucrative offers in the past.

The former Real Madrid, Liverpool and Newcastle coach signed a contract reported to be worth £12million-per-year with the Chinese club after leaving Tyneside due to his contract expiring at the beginning of this month.

Benitez was a very popular figure in the north East and the failure of the Newcastle hierarchy to tie the Champions League winning coach to a new contract has led to a backlash. 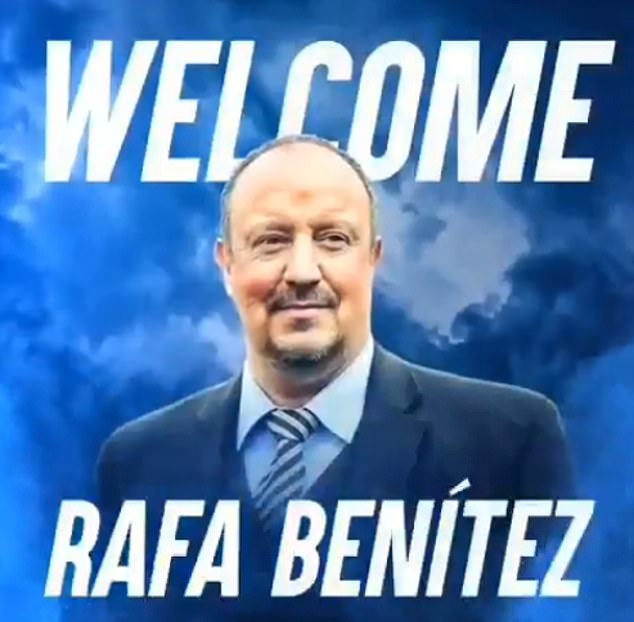 Benitez has secured his next football venture after controversially departing Newcastle 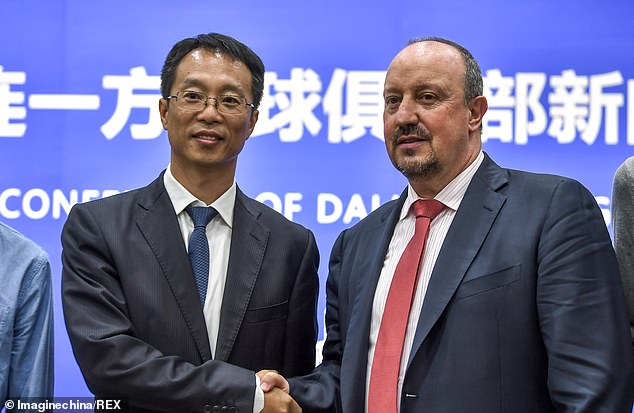 But the Spaniard has sought to quell suggestions that his decision to head east was purely motivated by money after being unveiled as Dalian’s new head coach on Tuesday.

‘I have had offers of greater financial significance during my career, but they weren’t the project I was looking for,’ Benítez is quoted as saying on his official website.

‘What I have found at Dalian is an incredible project that has arrived at the perfect time and this has been a major factor in my decision.

‘We’ve accepted the challenge of leading a superb project with the full backing and confidence of the club’s leadership team.

‘Over the last years many players and coaches I know have arrived in China, so I have been able to follow the Super League as much as possible.

‘It’s a competition with its unique qualities so we will have to know how to adapt, but our path forward is clear. Dalian Yifang is an historic club in one of the most football passionate cities in the country, so this is an added attraction.’

Benitez hit out at Mike Ashley’s regime at St James’ Park, claiming the top brass at the club did not share his vision for Newcastle.

With uncertainty regarding the club’s future pervasive, especially in light of a new takeover attempt, Benitez decided not to extend his three-year stay.

In a statement, he sai: ‘In terms of my decision, I was waiting and I was asking for clarity and, like the fans, we didn’t know. 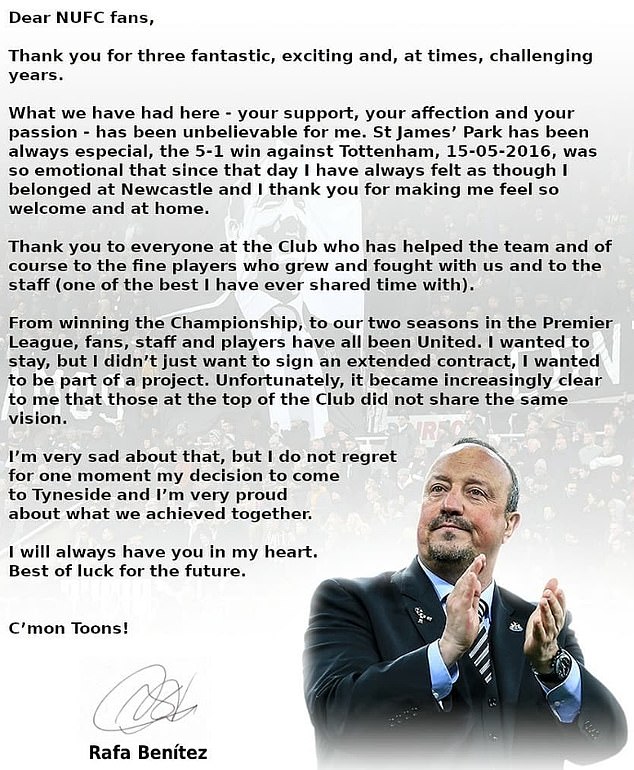 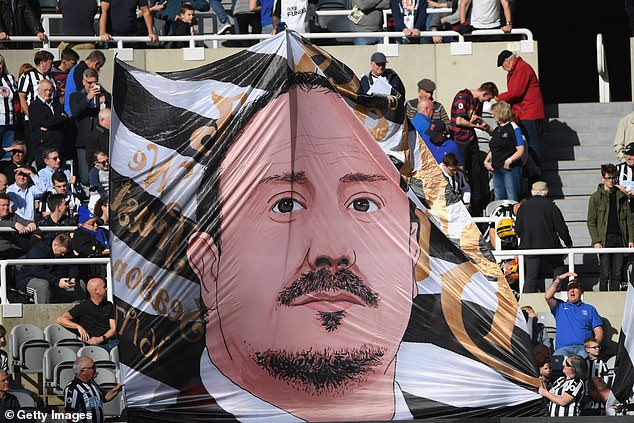 ‘Eventually, you have to decide. I could not continue in the same way, because I couldn’t see how to progress. It had to be clear to me — who was the owner, what would they do — and it wasn’t clear at any time.

‘When I came to Newcastle, they gave me the plans for the new training ground, I was talking to the architect about changing a few things,’ he continued. ‘And after three years… they painted the walls.

‘If you want to keep them happy, you keep improving. If you want to have a good atmosphere, a real bond, you have to give players the right facilities for when they hang around together. We had that at a lot of clubs. It’s just the way,’ he added.

More disappointment is on the cards for Newcastle fans, as last season’s top goalscorer Ayoze Perez is set to join Leicester for £30m. Meanwhile, Manchester United are expected to bid for starlet Sean Longstaff.