‘He lacks respect for the public, the rival and towards himself’: Rafa Nadal slams Nick Kyrgios in defeat after top seed is stunned when controversial Australian serves underarm and tells crowd to ‘shut up’ during Acapulco International second round

Nick Kyrgios overcame a bout of nausea, a stiff back and saved three match points on the way to stunning top seed Rafa Nadal 3-6, 7-6 (2), 7-6 (6) in the second round of the Acapulco International in Mexico on Wednesday.

The Australian fell to the floor in celebration after clinching the victory, before sticking a finger behind his ear and asking the raucous crowd to cheer louder.

Spaniard Nadal, who has won the tournament twice, took only one of his 10 break-point chances and failed to put the match away despite leading 6-3 in the final set tiebreak before Kyrgios reeled off five straight points. 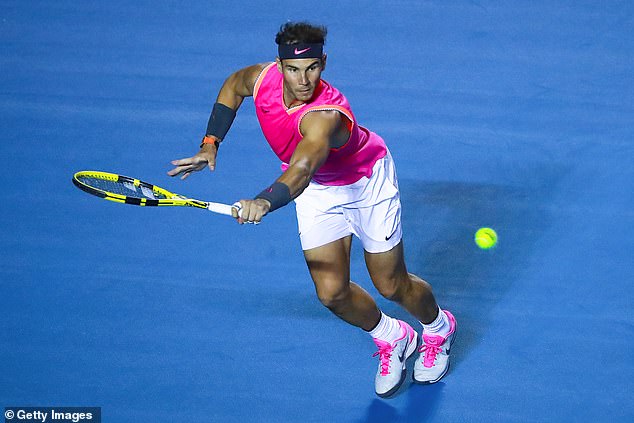 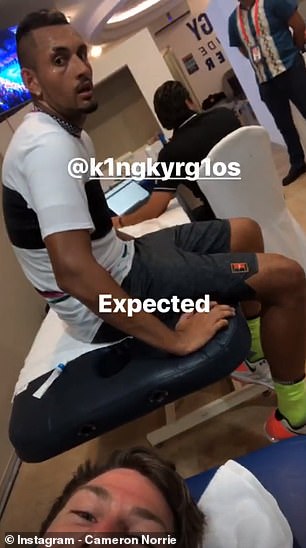 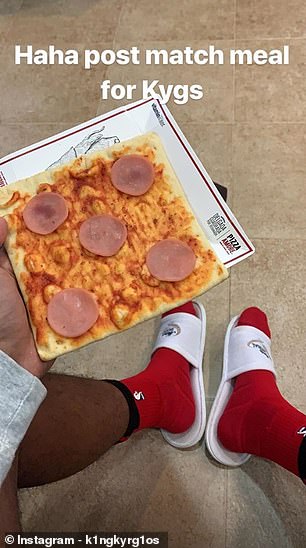 World No 72 Kyrgios improved his career record against Nadal to 3-3.

‘He is a player who has enormous talent,’ Nadal said afterwards, as reported by ESPN.

‘He could win Grand Slams and fight the top positions of the ranking, but there is a reason why he is where he is.

‘He lacks respect for the public, the rival and towards himself.’ 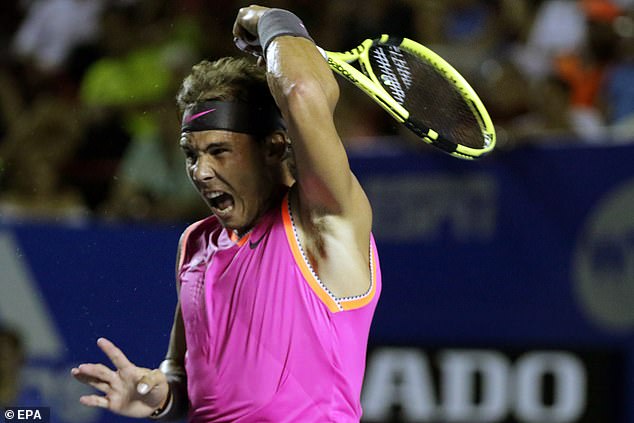 The Spaniard was critical of his opponent afterwards, accusing him of lacking ‘respect’ 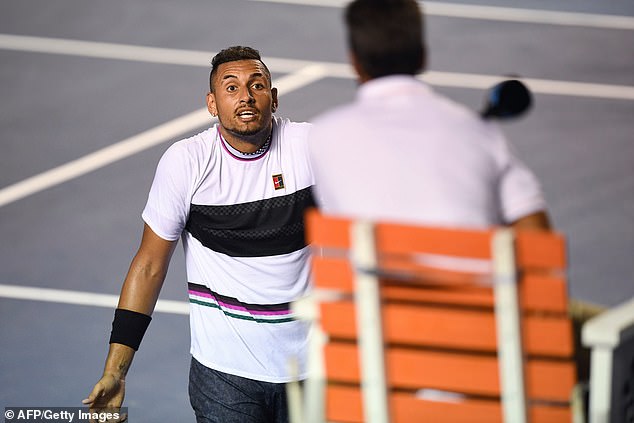 The unpredictable Australian celebrated the win with a questionable slice of pizza before telling British No 2 Cameron Norrie in the dressing room after that the win was ‘to be expected.’

Kyrgios then had his say on his Instagram page having been booed for spells of the match and criticised by his beaten opponent.

He wrote: ‘Don’t doubt yourself, there are plenty of people who will do that for you. I can smell the blood when I play this dude.’

After dropping the first set, Kyrgios called for the trainer and said that he felt sick but would play on as he feared the media would ‘blow it up’.

He returned to the court for the second set and immediately looked a different player.

At one stage a frustrated Nadal called for the crowd to quieten down, a request that received backing from Kyrgios, who screamed ‘shut up’ together with an expletive, an outburst that brought him a warning from the umpire. 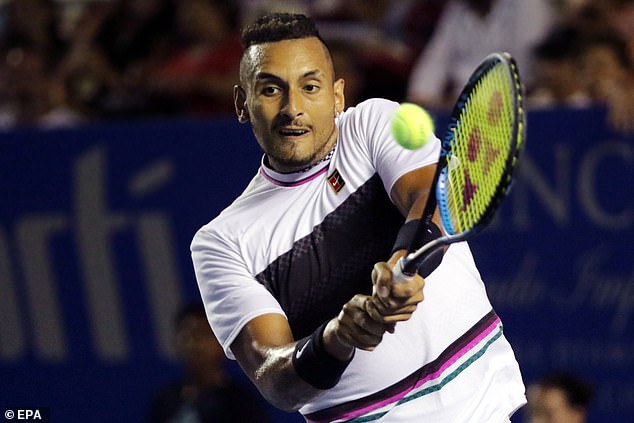 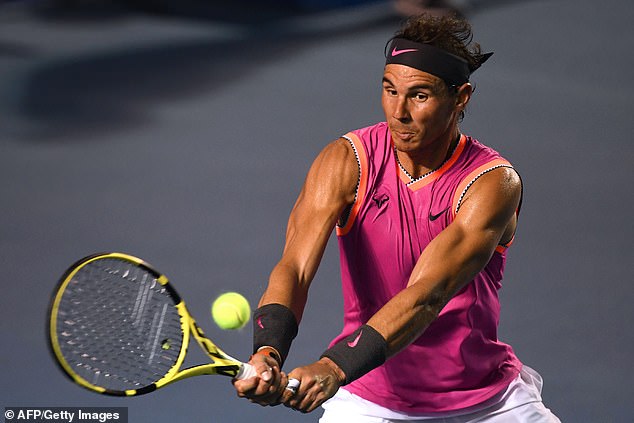 After calling for the trainer again between the second and third sets due to a sore back, Kyrgios then saved five break points in the sixth game of the final set.

He got out of jail again in the deciding tiebreak, particularly on the second match point when his volley caught the tape but toppled over and landed on the line.

Next up for Kyrgios is Swiss Stan Wawrinka, who defeated American Steve Johnson 7-6(5), 6-4.

McDonald last week made it to the semi-finals of the Delray Beach Open, where he lost to eventual champion Radu Albot. 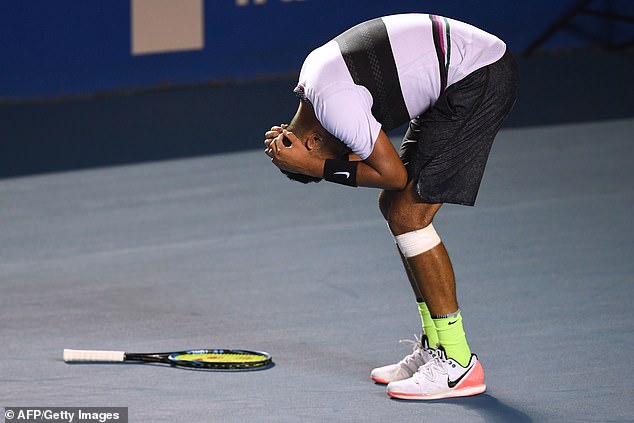 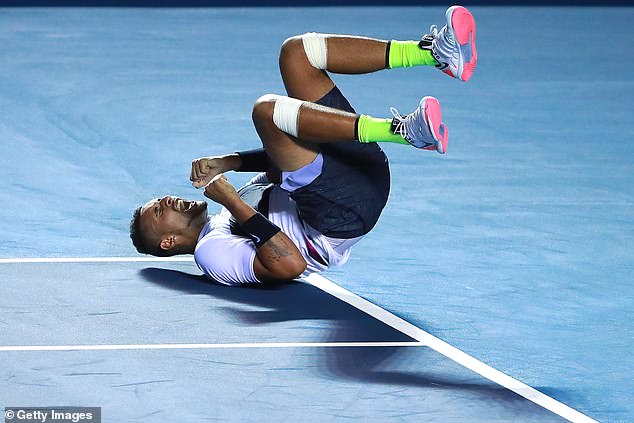