‘It was one of the most scary moments I’ve had on a tennis court’: Rafael Nadal apologises to ball kid after accidentally hitting her with a wayward return in Australian Open win

Rafael Nadal was caught up in a ‘scary moment’ when he hit a ball girl with a return during his second round victory at the Australian Open.

The world number one came through comfortably against Federico Delbonis, 6-3 7-6(4) 6-1, in the night session on Thursday.

But during the match, Nadal hit a forehand return down the line straight into the head of the ballgirl, standing by the umpire’s chair, and apologised with a kiss on the cheek.

Rafael Nadal apologised to the ball girl he hit with a return, kissing her on the cheek 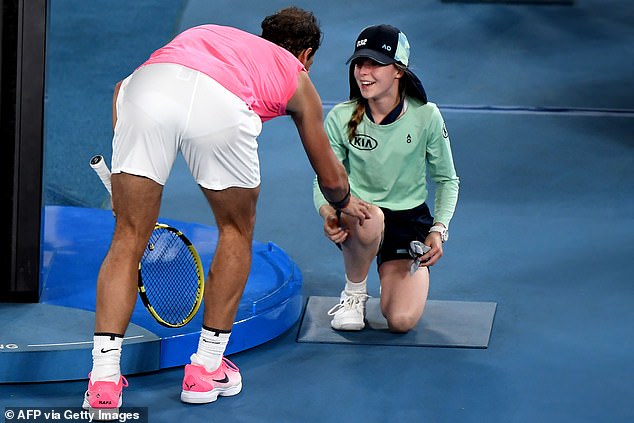 ‘For her probably [it] was not a good moment,’ the Spaniard said after the match.

‘I was so scared for her honestly. The ball was quick and straight onto her. She is a super brave girl.

‘I am not worried at all. Probably after 15 years she doesn’t care much.

‘It was honestly one of the most scary moments I have on the tennis court and I have a scary memory from Wimbledon many years ago.’ 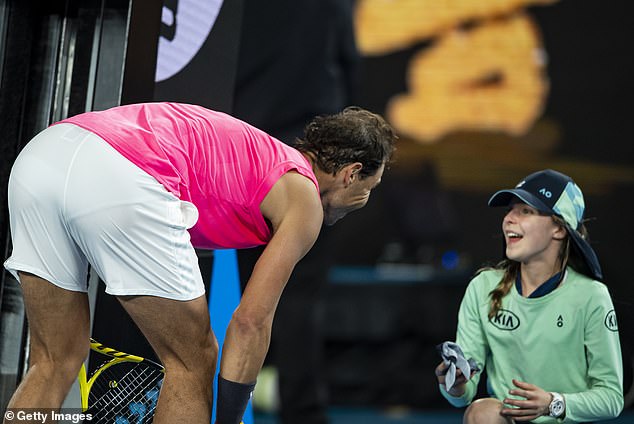 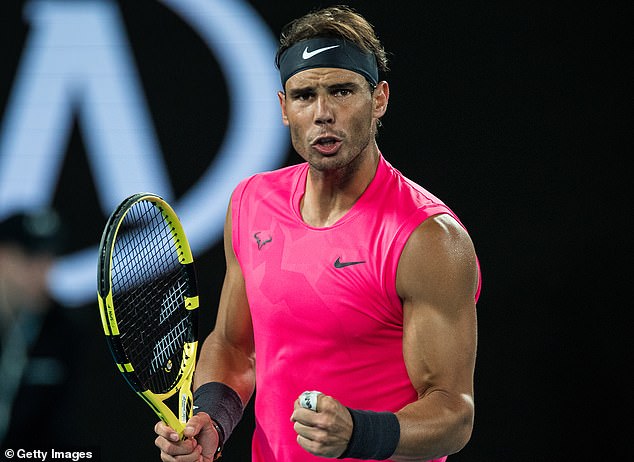 Despite the ‘scary moment’, Nadal remained composed and won comfortably in straight sets

Nadal, who has only won the Australian Open once in 2009, remains on track to play Australian Nick Kyrgios in the fourth round.

He will first have to beat compatriot and 27th seed Pablo Carreno Busta in the third round on Saturday.

The 33-year-old is attempting to win his 20th Grand Slam, and go level with Roger Federer in the all-time list of majors won in men’s singles.