An ailing Rafael Nadal conjured one of his more extraordinary grand slam victories by surviving a five-set battle with Taylor Fritz to reach the Wimbledon semi-finals.

It was American Fritz who halted Nadal’s winning start to the season at 20 matches in the Indian Wells final in March when the Spaniard was hampered by a fractured rib, and it appeared history was repeating itself.

Nadal looked poised to withdraw at several points after seeking treatment for an abdominal problem but instead dug in as only he can to secure a 3-6 7-5 3-6 7-5 7-6 (4) win and keep alive his hopes of becoming the first man since Rod Laver in 1969 to win all four grand slam titles in the same season. 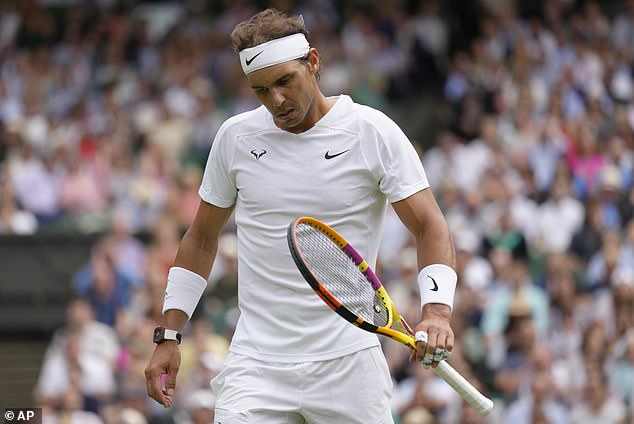 Nadal, a two-time winner at SW19, visibly struggled with abdominal issues during the clash

Next comes a mouth-watering last-four clash against Nick Kyrgios, but the big question remains whether Nadal’s body is really capable of withstanding another two matches.

On paper, Nadal’s straight-sets victory over Botic van de Zandschulp in the fourth round had been straightforward but tape was visible on the Spaniard’s abdomen.

Nadal declined to discuss the problem afterwards, and he looked in fine fettle early on against Fritz, breaking serve in the first game and easing to a 3-1 lead.

From there the American began to really threaten the second seed’s serve, though, and a run of five games in a row earned him the opening set. 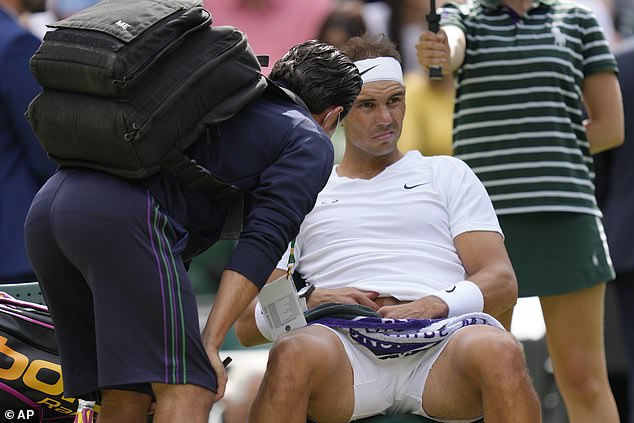 The legend received treatment during a medical timeout, but rallied to seal a final-four place 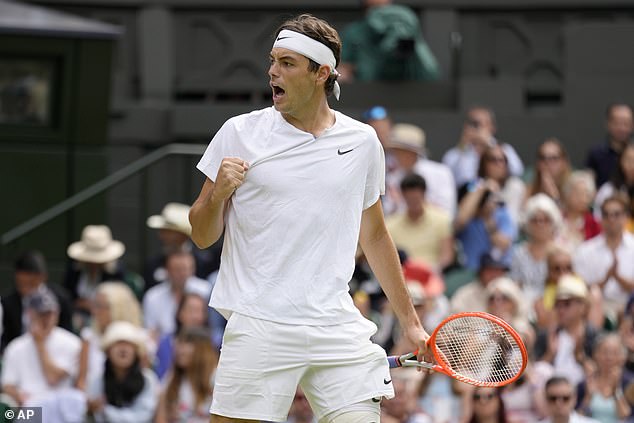 Fritz, who had not dropped a set at the tournament before facing Nadal, won the opening set

Nadal responded well and broke serve to start the second set but the pattern repeated itself as back came Fritz, with his opponent’s serving speeds notably down.

A rueful look came across the 36-year-old’s face as he talked to the trainer after battling to hold serve and lead 4-3, and he headed off court for a lengthy medical time-out.

Nadal’s father Sebastian, watching from his player box, appeared to gesture to his son to call it a day but he battled on and showed his ability to dig deep by winning the second set.

Hopes of a miraculous recovery faded during the third set, though, which ended with Nadal sitting on his chair and shaking his head towards his box. 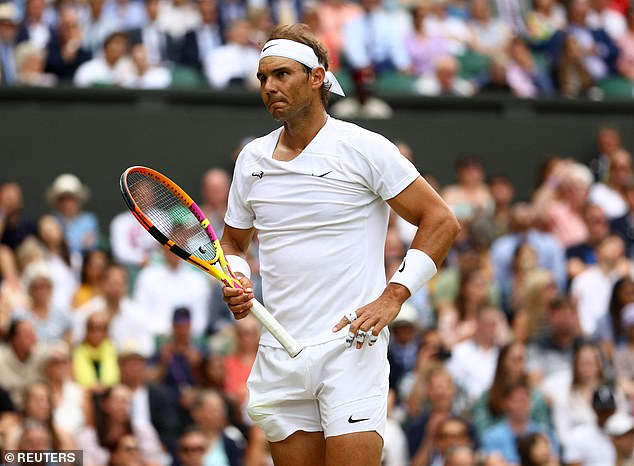 Nadal appeared on the ropes on Centre Court, but later pulled off another stunning comeback 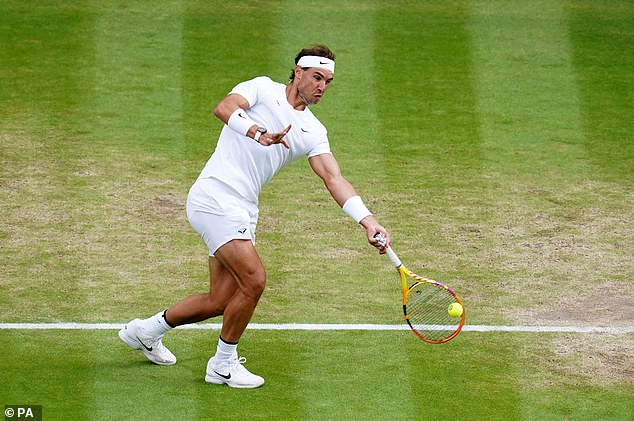 The Spaniard took the match to a tie-break, and won 10-4 to set up a clash with Nick Kyrgios

Fritz glanced at his opponent, waiting for the handshake, but it did not come, and Nadal went to the well again to move in front early in the fourth set.

The American knew the match was there for the taking but putting Nadal away was a different story.

He pulled back to lead 5-4 only for Nadal to get his forehand going and claim three games in a row to force an unlikely decider.

Fritz was a picture of frustration, which only increased when Nadal broke to lead 4-3, but the Spaniard was still struggling to find dominance on serve and back came his opponent straight away.

Nadal seized control of the deciding tie-break by winning the first five points and, although Fritz briefly threatened a comeback, he could not deny the remarkable Spaniard as he clinched victory after four hours and 20 minutes. 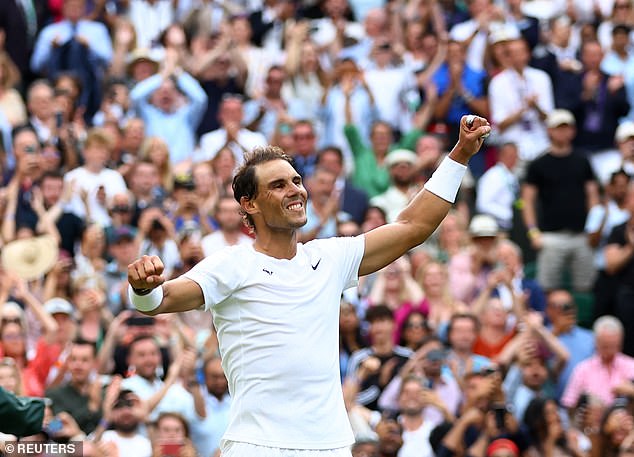 After sealing his victory in style, the 36-year-old soaked up the adoration from the spectators