Rafael Nadal dropped his first set of the tournament but recovered to defeat Diego Schwartzman and ensure he will stay world No 1 after the Australian Open.

The top seed found himself in a real battle in the fourth round with diminutive Argentinian Schwartzman, who stands only 5ft 7in tall but packs a punch.

The 25-year-old is also a great fighter and recovered from a break down three times to take the second set before Nadal eventually ground out a 6-3, 6-7, 6-3, 6-3 victory after three hours and 51 minutes. 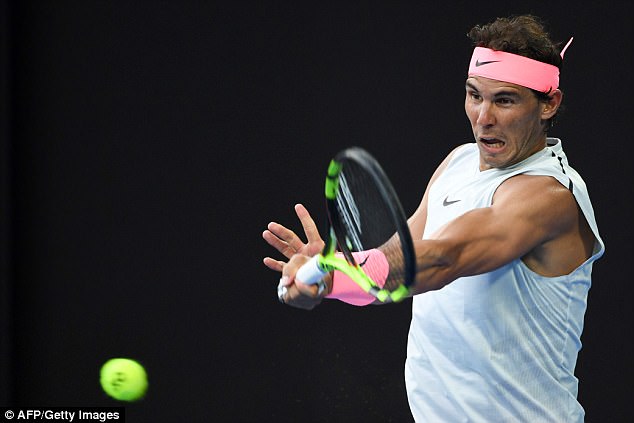 Reaching the quarter-finals means Roger Federer can no longer catch Nadal in the rankings this fortnight even if he successfully defends the title he won by defeating the Spaniard 12 months ago.

Federer is now the only man left in the tournament not to have dropped a set, and Nadal will be relieved to have survived this test.

He might well have won in straight sets yet also found his serve under near constant pressure, saving 15 of the 18 break points he faced.

The victory sent Nadal through to his 10th Australian Open quarter-final and 33rd overall at the slams, where he will face sixth seed Marin Cilic, who won his own tough battle 6-7, 6-3, 7-6, 7-6 against Pablo Carreno Busta. 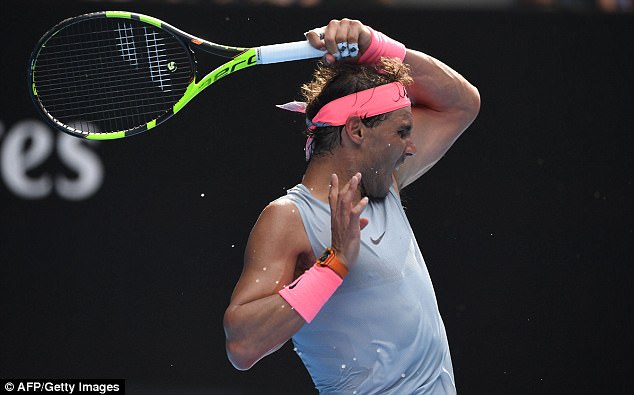 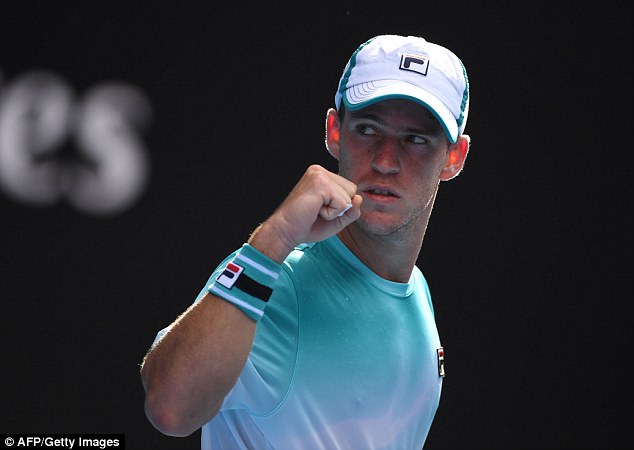