He walked on court with tears apparently in his eyes and an LA Lakers number eight shirt on in memory of Kobe Bryant.

Nick Kyrgios then attempted to honour the memory of one of his basketball heroes with victory at the Australian Open, only to run into the wall that is Rafael Nadal.

The much-hyped fourth round was again an impressive psychodrama that included a wealth of wonderful points, but as at Wimbledon the Spaniard came through with a four set win, progressing via the same scoreline, 6-3 3-6 7-6 7-6, in three hours and 38 minutes. 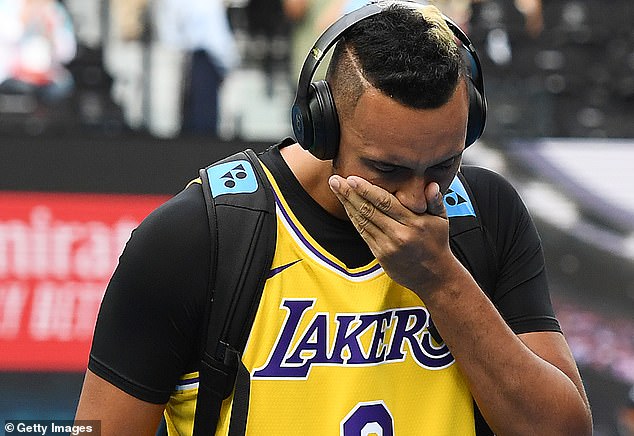 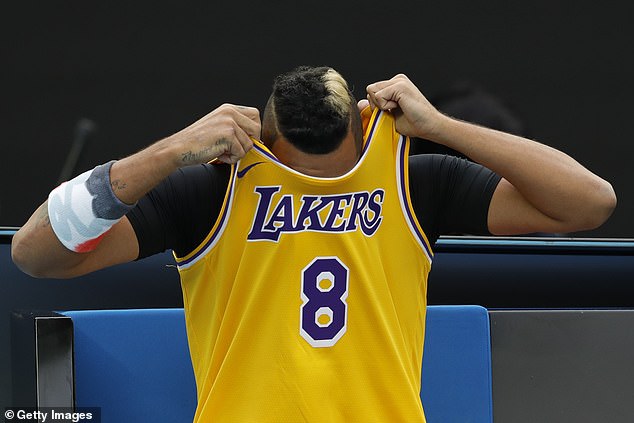 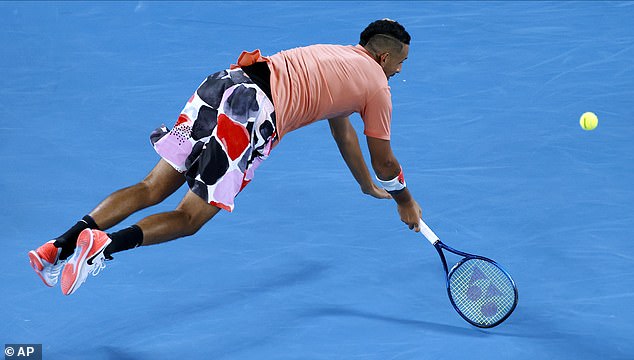 Having pulled on his sensible tennis gear before walking out for the first point Kyrgios played it relatively straight and had a real chance at 5-5 in the third set tiebreak, only to double fault with a 135mph second serve.

After losing that 8-6 he again dug deep – especially for someone with suspect stamina – to come back from a break down in the fourth and force another, which he was to lose 7-4 before leaving to huge ovation.

It was a match about emotions, and the great concentrator Nadal just about edged it, but only after a real fight. Kyrgios has won a lot of friends this month on Australia, but now the challenge will be to back this up for month upon month, something he has previously failed to do. His talent is, of course, not in question and never has been.

This was the most anticipated contest of the tournament, given their fractious history that had seen the Australian win three matches out of seven, and both players were nervous at the start. 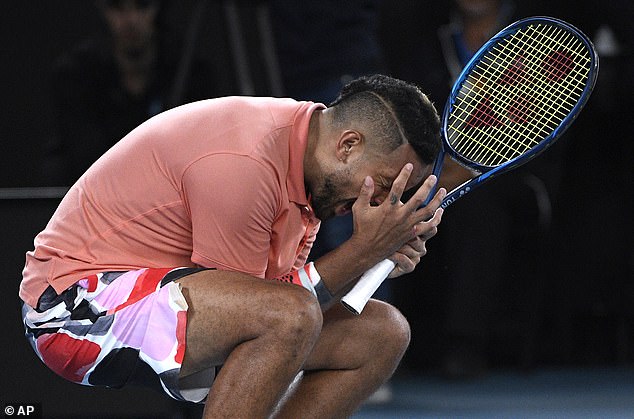 Nadal served two double faults in his first service game, which Kyrgios could not take advantage of, and then settled down into his rhythm while his opponent made too many errors.

Kyrgios looked like he was feeling his epic third round against Karen Khachanov but then found a boost of energy in the second set when a wafty forehand landed just on the baseline to secure a break for 3-1.

By then he was playing his best tennis, generally maintaining his calm but throwing in the odd tweener and occasionally charging Nadal’s serve. The quality of the match steadily rose in the third set, which saw Kyrgios try his first underarm serve at 2-3, without success it should be said.

While the crowd was not overly partisan either way, British umpire needed to issue requests to pipe down, asking them not to make ‘adverse comments’ between points. 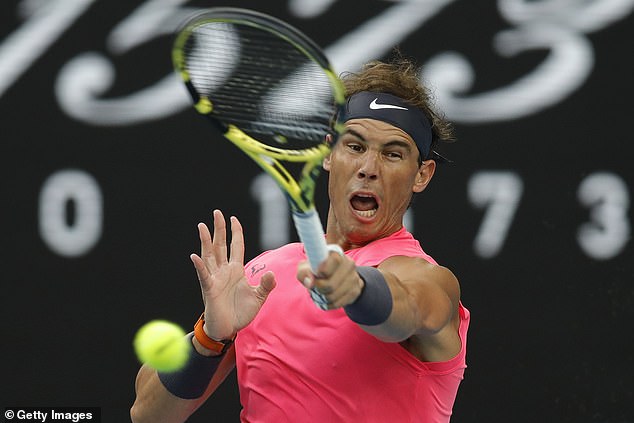 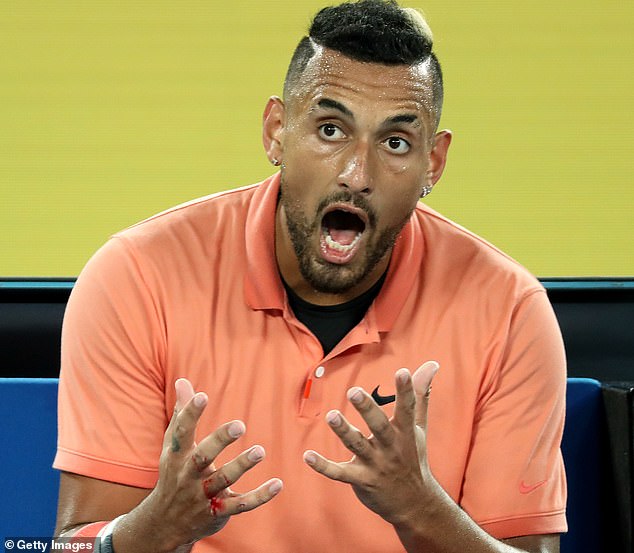 A pulsating set in which both players struggled to contain their nerves ended in a tiebreak which saw Kyrgios smash his racket after making a mistake at 3-1. At 5-5 he double faulted through a turbocharged attempted second serve but was reprieved when the edgy Nadal did the same thing.

At 6-7 the Australian slapped a forehand in the net, but there was no doubt that people were enjoying this version of Kyrgios, one who deeply cared about the result, perhaps even the Spaniard in some ways.

Nadal now faces Dominic Thiem and said afterwards: ‘It was a very tough match, at the beginning I felt in control but against Nick you are never in control because if you make a mistake he has a break and it’s so difficult to break him again.

‘When he is playing like today with this positive attitude, he is one of the highest talents on our tour and I like Nick Kyrgios during the whole of this tournament. I love playing here, Australia is a country where I feel very supported because they understand about the sport. I just feel happy that I won one more match tonight that gives me the possibility to keep going.’