Rafael Nadal slammed the door shut on the future when he emphatically ended the run of Stefanos Tsitsipas at the Australian Open and silenced his hordes of new fans.

The 32 year-old Spaniard gave his challenger an object lesson in the standards he needs to reach with a brilliant, relentless performance in their semi-final that saw him win 6-2, 6-4, 6-0 in just an hour and 46 minutes.

Nadal was utterly unforgiving from the off, and was left awaiting the winner of Friday’s second semi-final between Novak Djokovic and Frenchman Lucas Pouille inwhat will be his fifth Australian final. 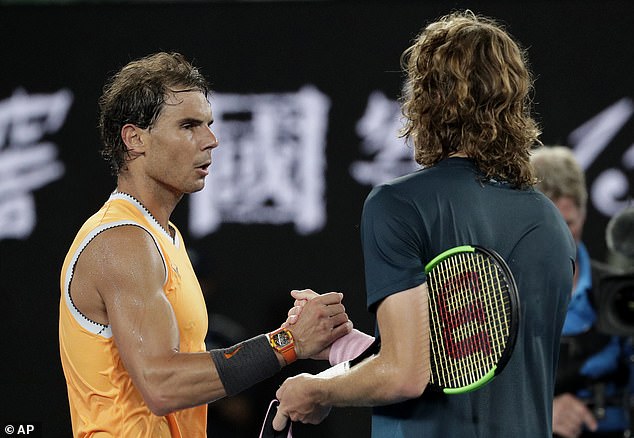 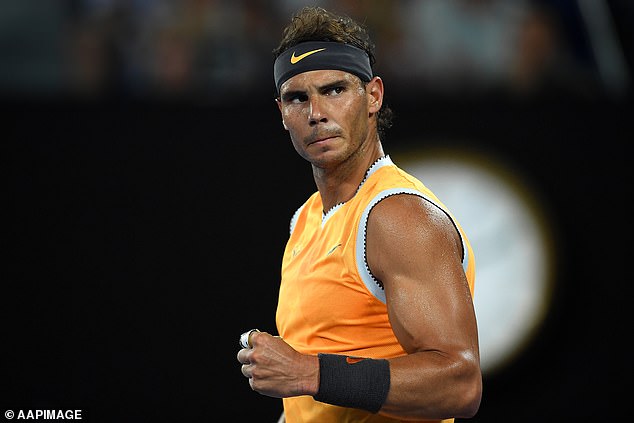 It has been a remarkable performance from Nadal at this event so far, especially as he came in not having played an official event since the US Open due to various ailments, including stomach strains as well as his knees.

This turned out to be something of a schooling.

Asked if he could play any better he replied: ‘Hopefully yes. It has been a great tournament I have played very well every day.

‘After a lot of months without plying this court this crowd gives me unbelievable energy. 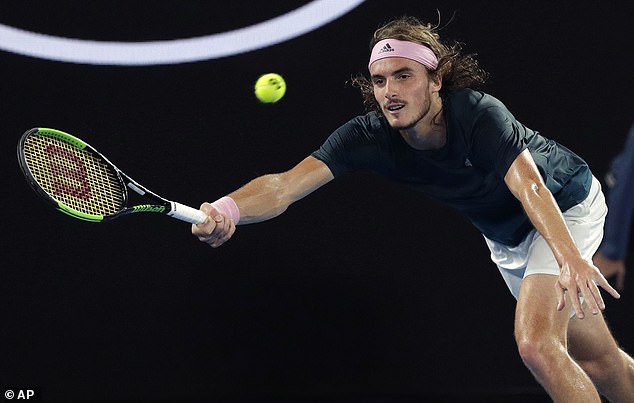 Nadal made short work of the young Greek star, the breakout player of the tournament 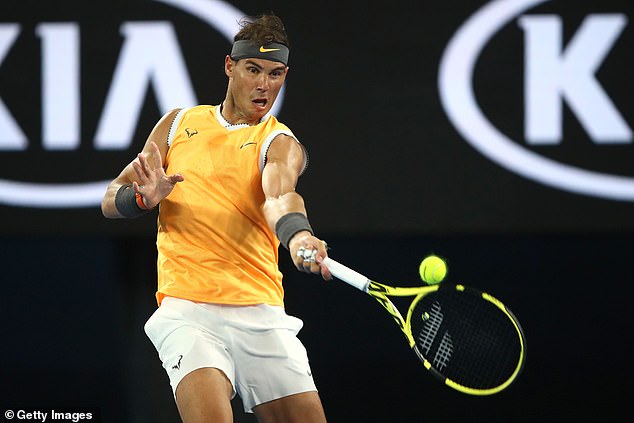 ‘It feels good. To start the season like this when a few weeks ago in Brisbane having to take a tough decision not to play there, in that moment I would not have thought I would be here today.’

He denied he was trying to lay down a marker to the younger generation that he has been cuffing this fortnight.

‘They don’t need any message, they are good and they are improving so it’s always a big challenge to play against them.

‘There is a young, good new generation coming. I wish all of them a very successful career.’

‘I hope to face him in important rounds the next couple of years. 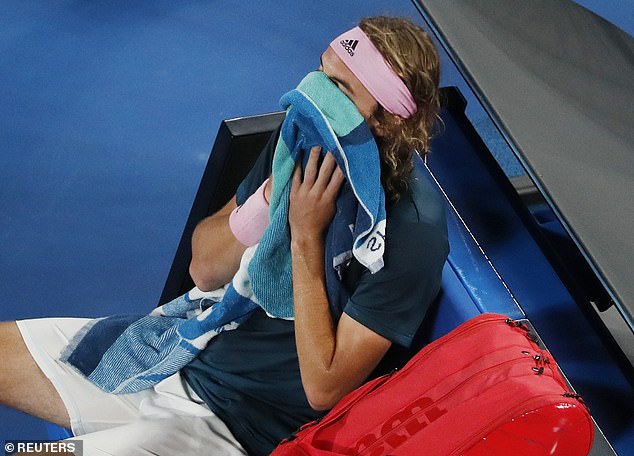 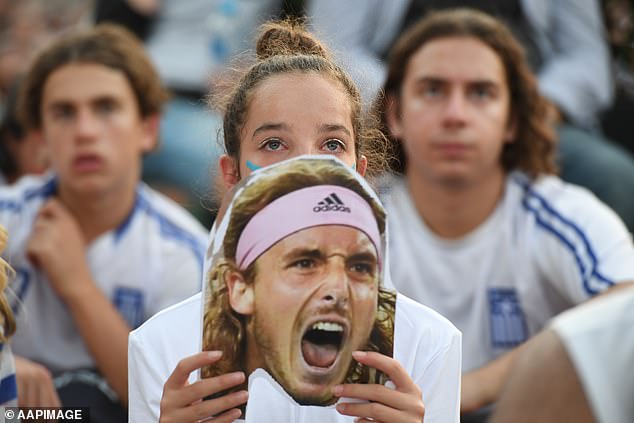 All of Tsitsipas’s previous matches had involved four arduous sets and that was bound to have taken a toll, especially when facing a player who works opponents so hard.

The punishing temperatures of earlier in the day had subsided sufficiently to allow the roof to be opened, even though they were still nudging 100 as the sun began to set.

Tsitsipas showed admirable enterprise in mixing up his game, but faced with an onslaught from the baseline that pushed him into every corner he had no answers and lost the first set in 31 minutes with the Spaniard playing like Zeus.

When he tried to pull him into the net that did not work either. We also saw the effects of the slightly flatter service trajectory that has underpinned Nadal all fortnight.

He broke for 5-4 in the second set, embarking on a run that took him to victory in just an hour and 46 minutes, after what was a sobering experience for the Greek, of whom much more is sure to be heard over the coming years. 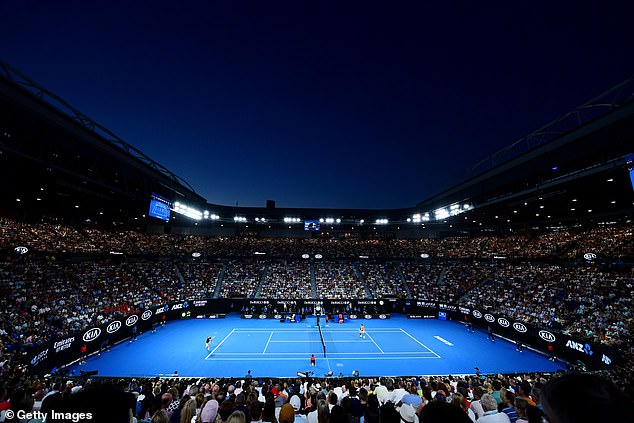