Defending champion Rafael Nadal eased into the third round of the US Open with a regulation 6-3 6-4 6-2 victory over unseeded Vasek Pospisil on Wednesday.

A fresh-looking Nadal, whose first round match was cut short after opponent David Ferrer retired with a calf injury midway through the second set, started brightly against the Canadian and never looked back.

The top-seeded Spaniard wrapped up the opening set in 35 minutes after breaking early to go 3-0 up as Pospisil, ranked 88th in the world, struggled to settle into a serving rhythm. 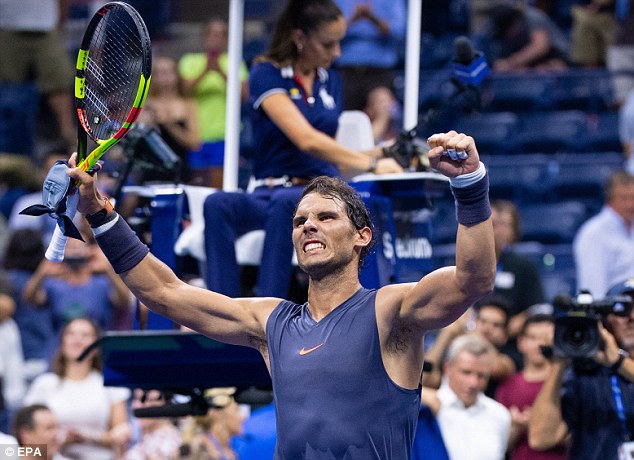 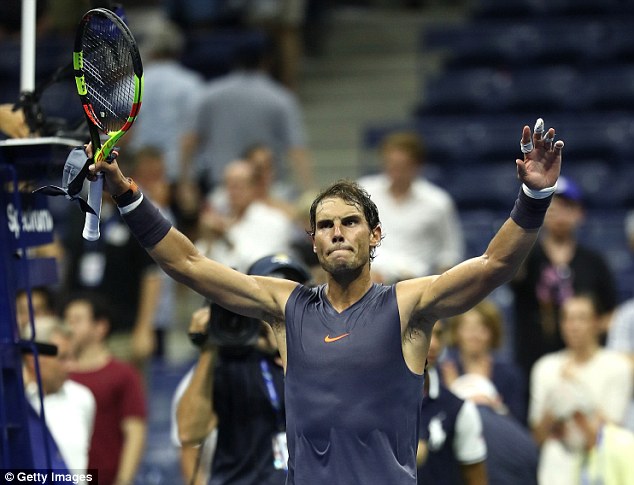 The top-seeded Spaniard will next face Russian prospect Karen Khachanov, the 27th seed 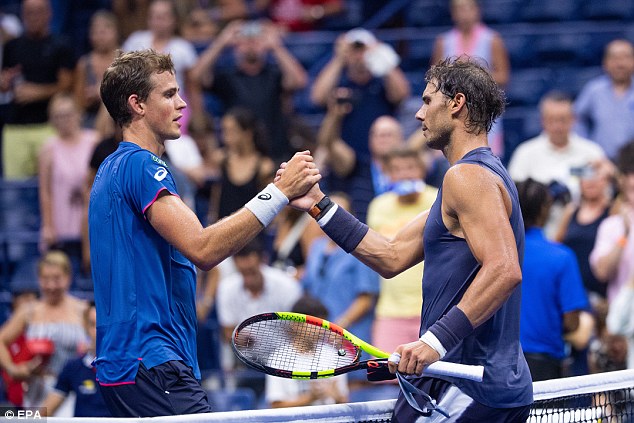 The Canadian rallied briefly in the second set, improving his first serve percentage and managing to break Nadal to lead briefly, but the world No 1 broke back immediately and went on to win four games in a row to seize complete control.

‘In the second set I had two games in a row where I had trouble with my serve,’ Nadal said in a courtside interview. ‘The first one I saved, the second one I couldn’t. I was lucky to be able to break back.

‘To win in straight sets is always positive.’ 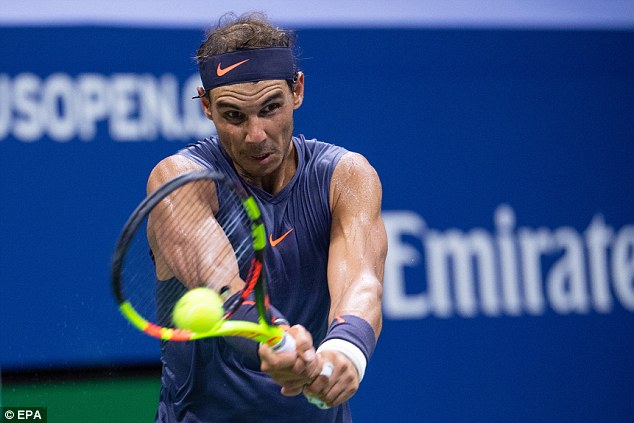 Nadal started the third set on the front foot, breaking early once again as Pospisil ran out of steam. The Spaniard wrapped up the contest in exactly two hours, and will next face Russian prospect Karen Khachanov, the 27th seed.

Playing his second night match in a row, Nadal looked a lot more comfortable in the muggy conditions than he did against Ferrer, who was down a set but up a break against his fellow Spaniard when he was forced to retire in the first round.

The weather has been one of the main talking points of the first week at Flushing Meadows, with high temperatures and humidity forcing organisers to impose ‘extreme heat’ rules to give the players some relief. 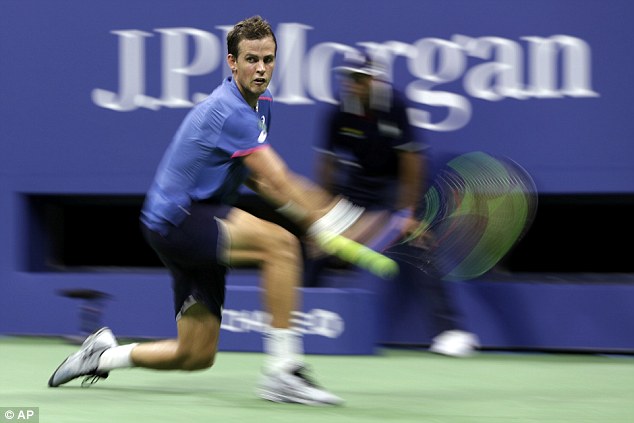 The Canadian rallied briefly in the second set, managing to break Nadal to lead briefly

The 32-year-old Nadal said he was looking forward to the end of the week, when rain is expected.

‘We’ll be able to see better tennis than what we saw first couple of days of the US Open,’ added the 17 times Grand Slam champion.