Rafael Nadal out of Australian Open

Marin Cilic will face Kyle Edmund in Thursday’s semi-final of the Australian Open after Rafael Nadal was forced to retire from their quarter final.

It was the second time in 24 hours that one of the Big Four was hampered by physical issues, with Novak Djokovic struggling in defeat the previous evening.

The rangy Croatian, winner of the US Open in 2014 and himself impaired in last summer’s Wimbledon final, has a 1-0 record against Edmund after beating him in Shanghai last October.

‘He had an amazing run at this tournament a few tough battles and a great match today,’ said Cilic of Edmund.

‘Congratulations to him, I have to keep on with my game as he has a great serve and forehand, I have to deal with my side of the court.’

He added that playing a stricken Nadal had not been easy: ‘It came back into my mind the Wimbledon match.

‘Sometimes when you are wounded you are a little bit looser. I had to keep my intensity and not look across the net. I think Rafa was struggling to retrieve my serve and I was playing better and better as it went on.’ 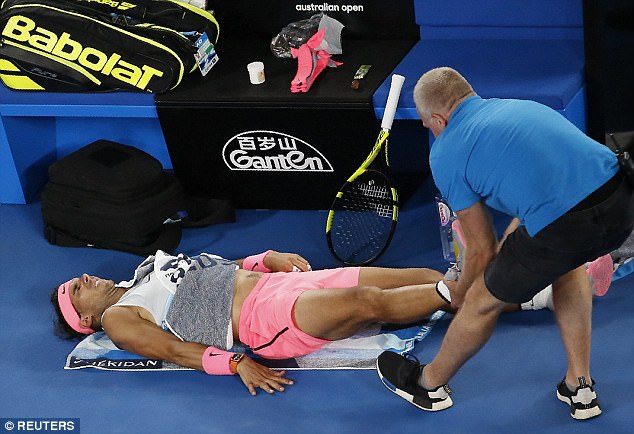 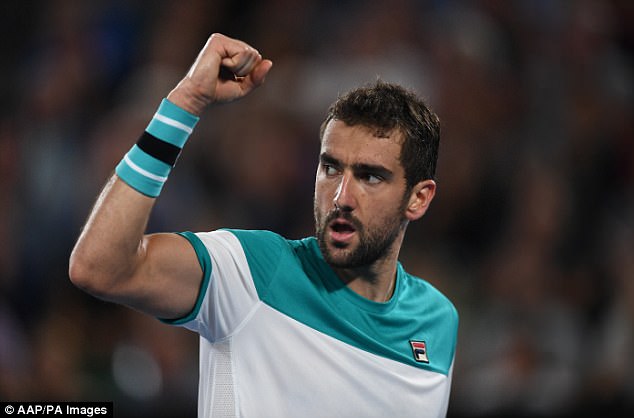