Rafael Nadal has reassured his fans about his long-term fitness after his agonising exit from the Australian Open quarter finals.

A medical update on the world No 1 stated that the injury which caused him to retire against Marin Cilic in the fifth set should not prevent him from returning to the tour late next month.

He is expected to come back at the ATP event in Acapulco, Mexico at the back end of February after a period of rest and treatment back at his home in Mallorca on his inner hip muscle. 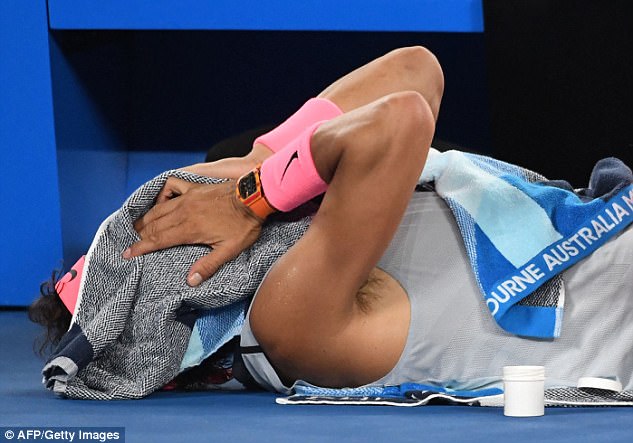 ‘The MRI showed a grade 1 injury of his Illiopsoas on his right leg (inner hip),’ reported a statement from his management.

‘He will be resting the next days once back in Spain and will start with anti inflammatory physiotherapy.

‘He will start his rehabilitation and preadaptation process to the tennis court in two weeks, starting progressively his training and practice.

‘Three weeks is the normal time to totally recover and he will resume his tennis schedule as planned playing Acapulco, Indian Wells and Miami.’

An update on Novak Djokovic and his latest elbow problems is still awaited. 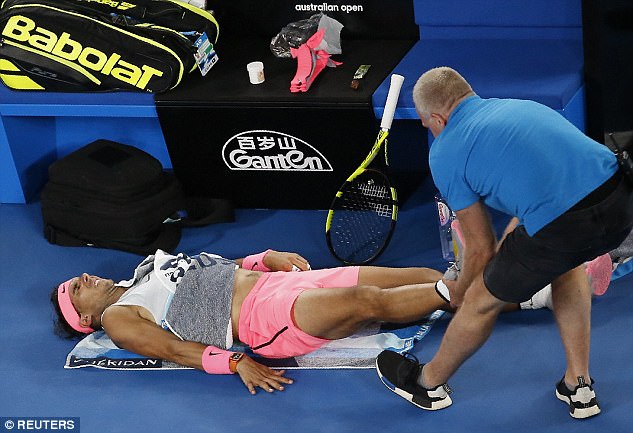