Rafael Nadal put himself on the brink of winning an incredible 11th French open title after brushing off an initially stern challenge from Juan Martin Del Potro.

The towering Argentinian missed a spate of early chances to assert pressure on the defending champion before going down 6-4, 6-1, 6-2 in two hours and 14 minutes.

He will now face 24 year-old Austrian Dominic Thiem, who asserted his credentials as the nearest rival to the Spanish great on clay by earlier taking out the Italian surprise package Marco Cecchinato 7-5 7-6 6-1.

There was the suggestion that the injury-prone number five seed might have jarred his troublesome groin area in the first set, although it did not stop him forging six break points in the first set.

At 2-2 he forced three of them, and then most crucially three more at 4-4, when his forehand went unusually awry. That seemed to deflate Del Potro, who was immediately broken to suddenly find himself a set behind.

Such generosity rarely goes unpunished by Nadal, who went ahead immediately in the second set with some signs that Del Potro was moving more gingerly than he would like.

In the end it was another comprehensive win for the 32 year-old king of clay, although there have been a few indications of vulnerability this week which will offer Thiem encouragement that a huge upset on Sunday is not out of the question. 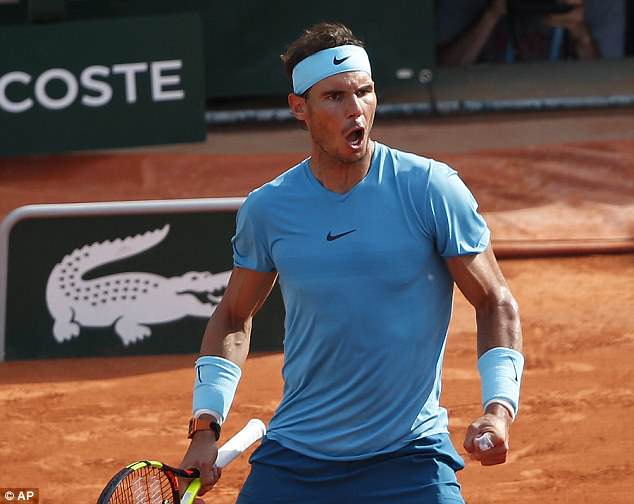 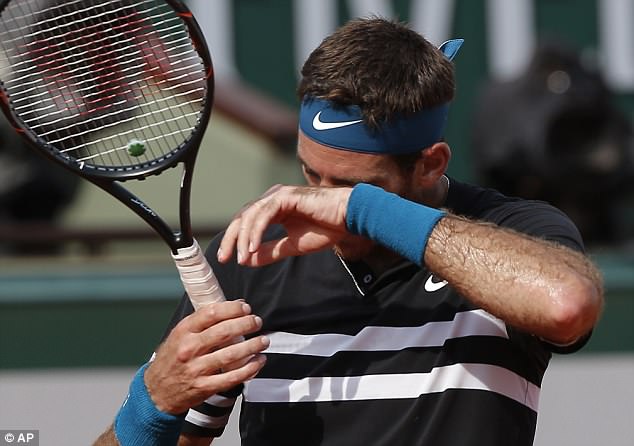 Del Potro had no answer to Nadal, who will now face No7 seed Dominic Thiem in the final