He is the eldest child of actor Jude Law and designer Sadie Frost.

And Rafferty Law certainly seemed to have inherited his parents’ good looks as he was seen arriving at the Valentino show at Milan Fashion Week on Sunday.

The actor, 23, put on a brooding display as he clenched his jaw for the camera and dressed in only blacks and greys. 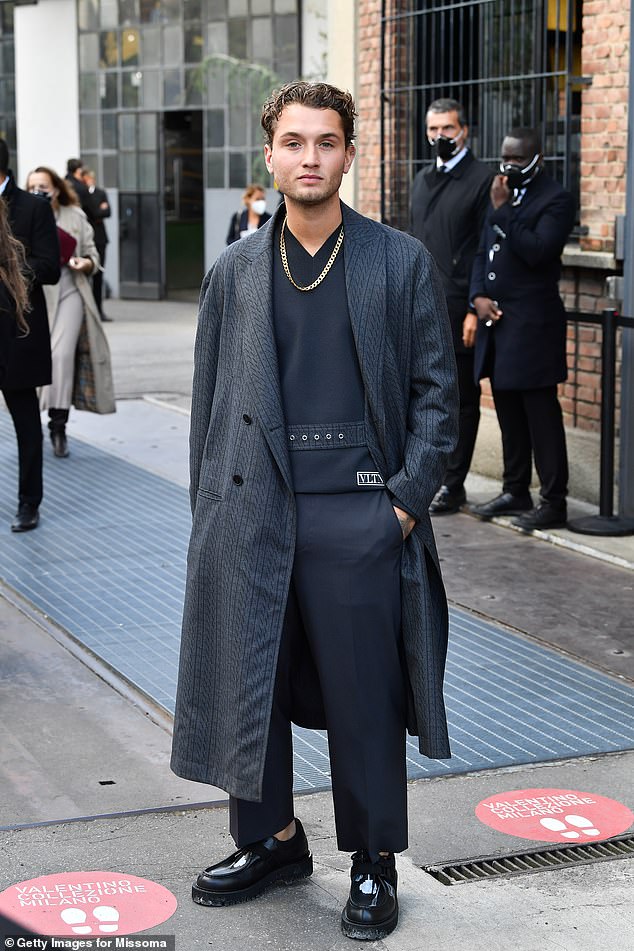 Stylish: Rafferty Law certainly seemed to have inherited his parents’ good looks as he was seen arriving at the Valentino show at Milan Fashion Week on Sunday

He had a set of polished black trainers on his feet, while he accessorised with a chunky golden chain around his neck.

The London-based performer slicked his chestnut curls back across his head, and sported stubble on his cheeks.

The rising star is currently waiting the upcoming release of his feature film Twist, a modern-day adaptation of Charles Dickens’ Oliver Twist, which was due to come out this year. 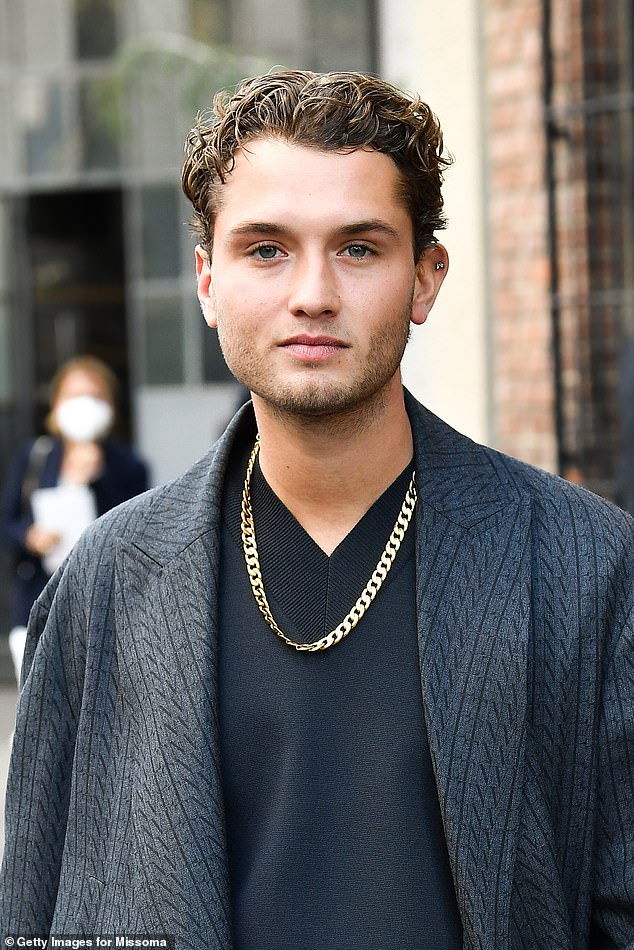 Movie star looks: Rafferty slicked back his hair and clenched his jaw for the cameras 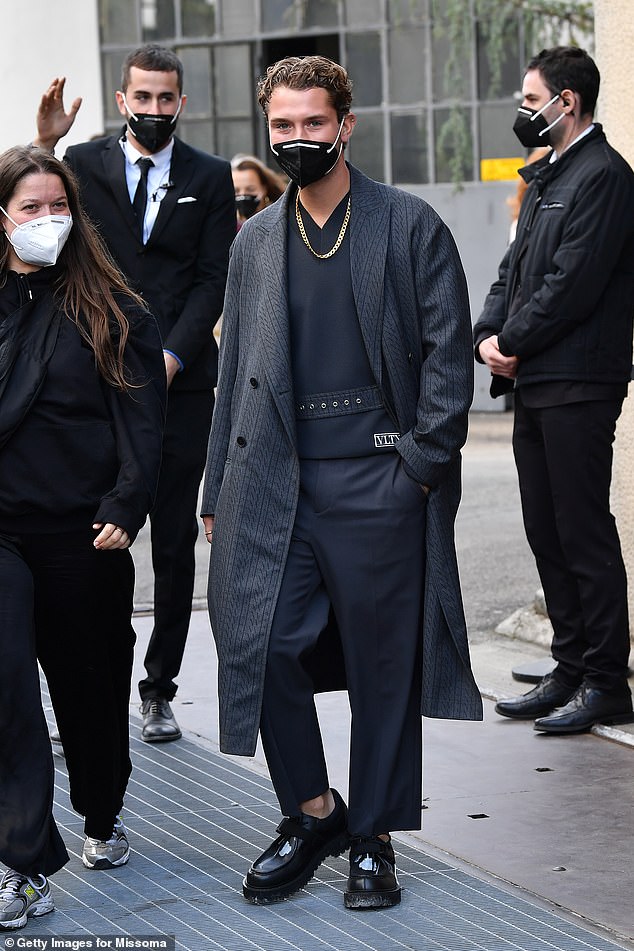 Safety first: The London-based performer was seen to don a face mask as a result of the ongoing pandemic

Rafferty is keen to show off his abilities, explaining in an interview earlier this year with Wonderland magazine: ‘The script and the cast blew me away. I was like, “The pressure is on. I really need to put in the time.”‘

Reflecting on forging an acting career in the shadow of his famous parents, he added: ‘I think there have been advantages and disadvantages to it.’

‘I’ve always focused on pursuing the things I love and proving to people that I’m hardworking. 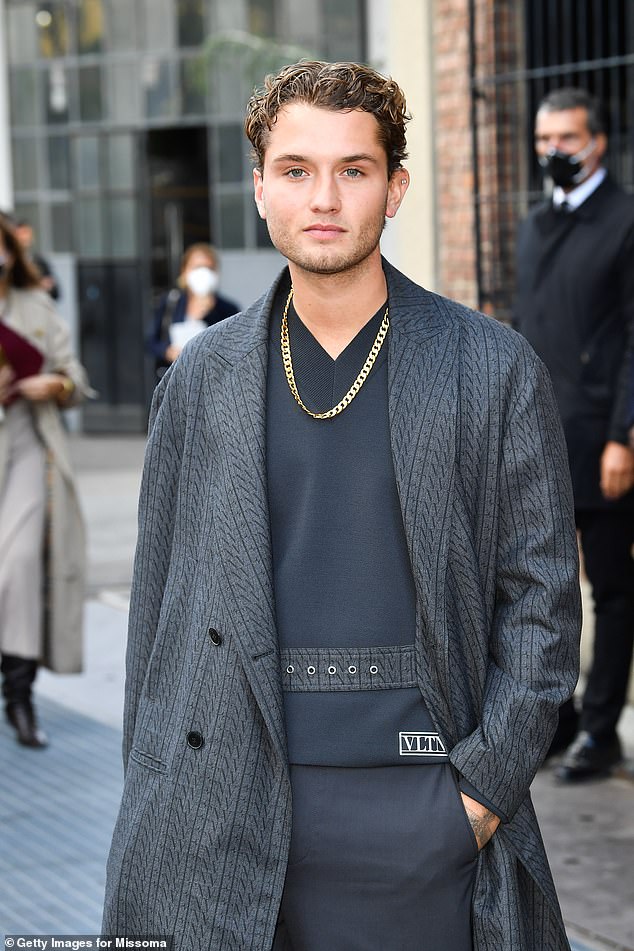 His father’s son: Although still coming to fashion events, Rafferty is set to kick start his movie career this year 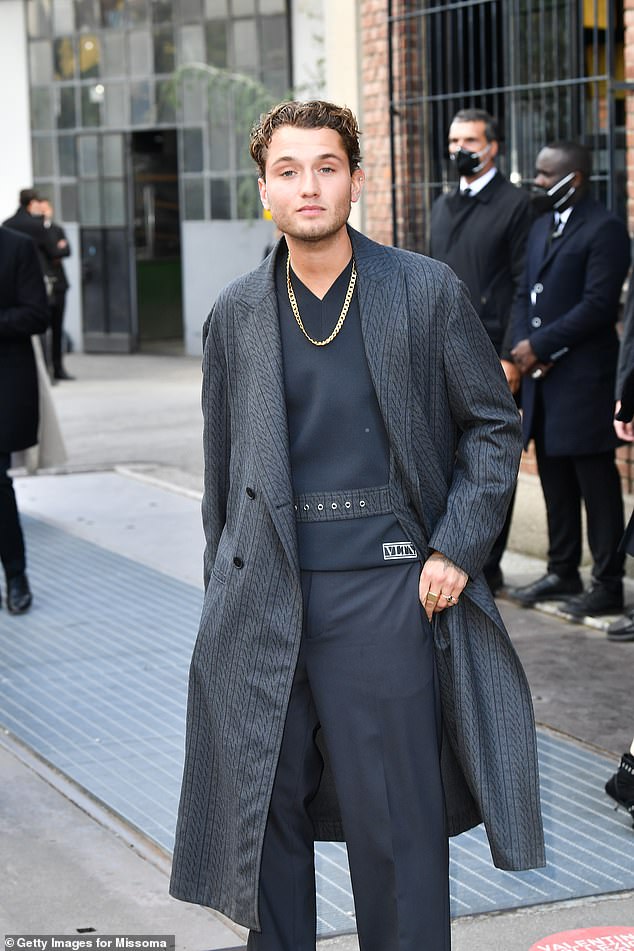 ‘I’m just really excited for Twist to come out. I want it to speak for itself. And the same with my music.’

Rafferty is also the frontman for ‘modern-day street punk’ band Outer Stella Overdrive, who are releasing their first EP this year.

As well as his hard work and multiple talents Rafferty wants to be known for ‘kindness’ too, a quality he respects in his mother Sadie, 54. 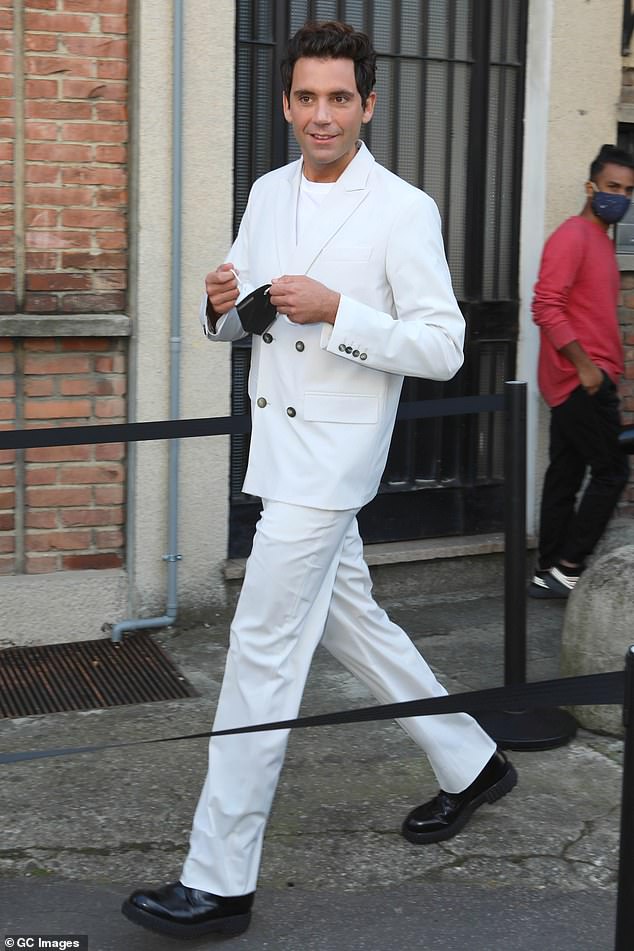 Out and about: Mika made a rare public appearance as he also attended the presentation

‘She goes out of her way to reach out to people [and] she’s always encouraged me to find my own path,’ he gushed.

In her autobiography Crazy Days, Sadie blamed depression that ‘weaved a dance of destruction’ through her adult life on the breakdown of their marriage.

Jude is now married to psychologist Phillipa Coan, 32, who he recently welcomed his sixth child with. 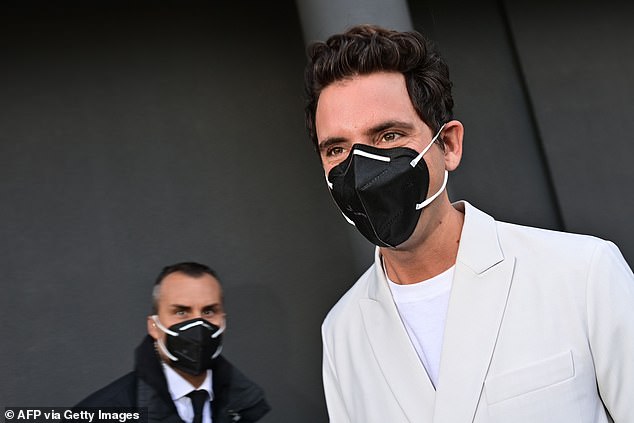 Better safe than sorry: The Beirut-born musician, 37, proved safety comes first as he sported a protective face mask to the star-studded presentation 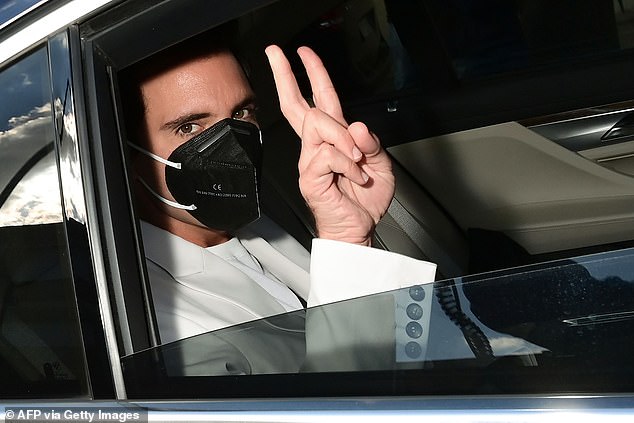 Sharp: Flashing a peace sign at the cameras, the media personality cut a dapper figure in a sharp white suit, which he teamed with a plain T-shirt 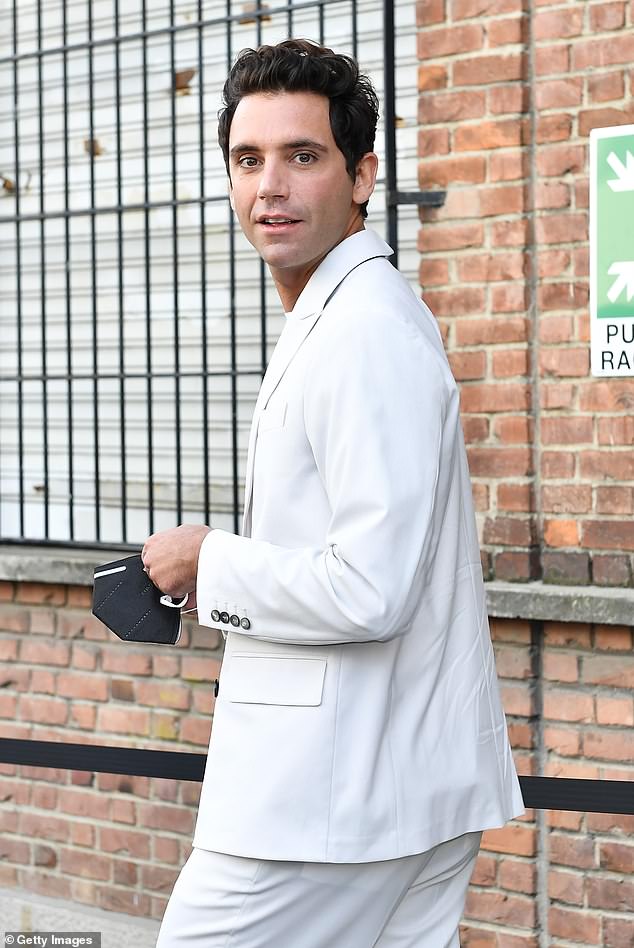 Slick: The award-winning songwriter looked suave in his smart two-piece, which featured a longline blazer and matching trousers