‘The best thing in Canberra since legalised marijuana’: Raiders fans celebrate after drug laws are relaxed and their NRL team make it through to the grand final for the first time in 25 years

Canberra has a lot to celebrate this week – marijuana was legalised and the Raiders bagged a spot in the NRL Grand Final for the first time in 25 years.

Raiders fans, who turned out to GIO Stadium in record numbers on Friday night, rejoiced as the team won against the Rabbitohs 16-10.

The team’s devotees took to Twitter to cheer the incredible victory, with one cheeky resident claiming it was ‘the best thing in Canberra since legalised marijuana’.

Raiders fans rejoice as the Canberra team wins against the South Sydney Rabbitohs, 16-10 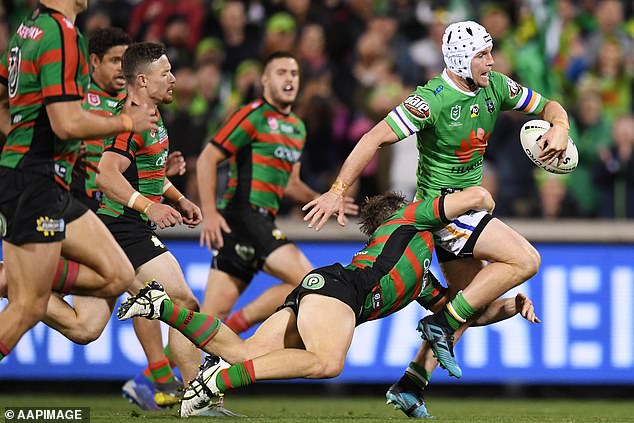 This means the team makes it through to the NRL grand finals, 25 years after their ‘greatest win ever’ in 1989

Laws relating to the legalisation of marijuana in the Australian Capital territory were passed on Wednesday with the drug set to become legal by January next year.

The news made residents ecstatic and Friday night’s win only added to the cause for celebration.

Dozens of tweets described Canberra as ‘the place to be’ after the Raiders unbelievable win coupled with the legalisation of the recreational drug.

‘GWS and Raiders in the [Grand Final], legalised weed… Canberra best place to live in 2020!’ one user said. 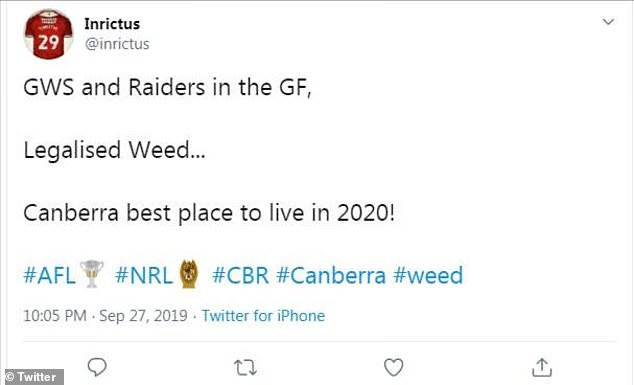 Another fan celebrated the win by making ‘vanilla weed caramel chai’ in their Raiders mug.

The win has thrilled countless fans who have already booked tickets and accommodation for the grand final at ANZ Stadium on Sunday October 6.

One Twitter user said they were keen to celebrate the Raider’s possible grand final win with ‘weed flavoured milk’ – a play on the fluorescent green grocery items that had been released in the week leading up to the game. 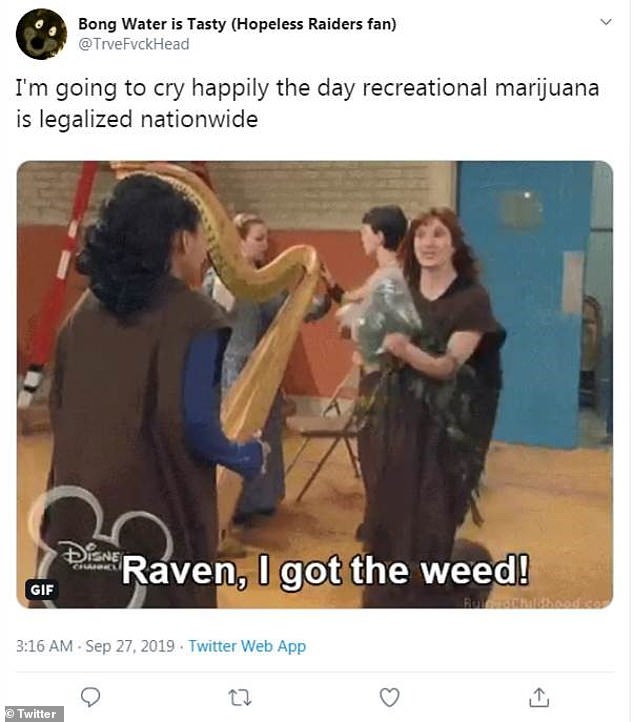 The Raiders were cheered onto glory by a record-breaking 26,567 people, the biggest ever NRL crowd in the nation’s capital.

They held the lead with 10-6 in the early stages of the second half but maintaining it  was a gruelling task – made even more difficult by Charnze Nicoll-Klokstad’s sin-binning.

With only two minutes to go, South Sydney’s Campbell Graham charged over for one last push but it was not enough to steal the tremendous victory from Canberra’s Raiders.